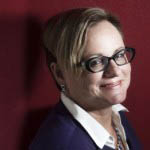 QUT C4J member, and Head of School, School of Justice, Faculty of Law, QUT, Professor Kerry Carrington was interviewed on ABC Radio National this morning in response to the death of three children who were killed after the car they were travelling in was set on fire allegedly by their father, who also died at the scene from self-inflicted stab wounds.

Professor Carrington offers insight into the structural changes needed in our system if we are going to really address this growing societal issue.