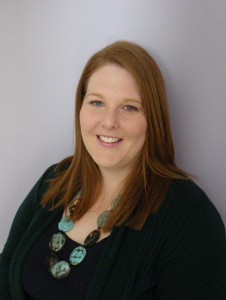 CJRC researcher and senior lecturer Dr Erin O’Brien from the School of Justice, Faculty of Law, has recently authored a book chapter published in the edited volume “Feminism, Prostitution and the State”.  END_OF_DOCUMENT_TOKEN_TO_BE_REPLACED

CJRC researcher and senior lecturer, Dr Erin O’Brien, from the School of Justice, Faculty of Law, has recently spoken to the media about the Australian Government’s plan to scrap the 457 visas.  END_OF_DOCUMENT_TOKEN_TO_BE_REPLACED

END_OF_DOCUMENT_TOKEN_TO_BE_REPLACED PhD candidate Michael Wilson and Dr Erin O’Brien from the School of Justice, Faculty of Law, have recently co-authored an article published in the interdisciplinary journal Crime, Law and Social Change. END_OF_DOCUMENT_TOKEN_TO_BE_REPLACED

Dr Erin O’Brien and Dr Helen Berents from QUT’s School of Justice have been in Canberra this week presenting their research at the Australian Political Studies Association Annual Conference.  END_OF_DOCUMENT_TOKEN_TO_BE_REPLACED

PhD candidate Brodie Evans and Senior Lecturer Dr Erin O’Brien from the School of the Justice at QUT have recently published an article in the Journal of Sociology titled “The Cairns abortion trial: Language, deviance and the ‘spoiled identity’.”

Abstract: In 2009 a couple in Cairns were charged, and later found not guilty, of illegally obtaining a medical abortion through the use of medication imported from overseas. The court case reignited the discussions surrounding the illegality and social acceptance of abortion in Queensland, Australia. Based on a discourse analysis of 150 online news media articles covering the Cairns trial, this article critically examines the language and key words relied upon by media when covering the Cairns trial. It argues that, despite popular support for the decriminalisation of abortion, emotive language that aligns with a pro-life ideology is still being employed which has the power to shape perceptions of deviance and stigma surrounding abortion. This is useful to demonstrate how media discourse surrounding abortion needs to further align with a pro-choice ideology for women to be empowered for their choices.

Senior lecturer Dr Erin O’Brien from QUT’s School of Justice has recently published an article which examines the depiction of human trafficking ‘heroes’ and ‘villains’ in anti-trafficking campaigns.The article explores the construction of the ‘problem’ of trafficking using materials from 18 anti-trafficking awareness campaigns to identify assumptions about the causes of trafficking and more specifically, the  trafficking offender.  END_OF_DOCUMENT_TOKEN_TO_BE_REPLACED 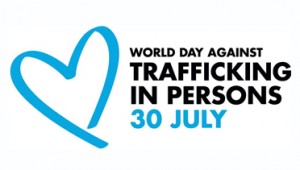 Yesterday was “World Day Against Trafficking in Persons” – a UN initiative aiming to raise global awareness of the situation of victims of human trafficking and for the promotion and protection of their rights. This form of modern day slavery is a serious issue affecting millions of people in different countries around the world, including Australia.

Dr Erin O’Brien from QUT’s School of Justice is an expert on human trafficking and has done extensive research in this area. She spoke to Kelly Higgins-Devine on ABC Radio yesterday to offer some insight about the victims, perpetrators and processes involved in human trafficking. Click here to listen to the full interview.