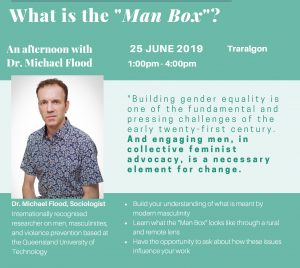 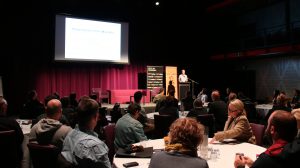 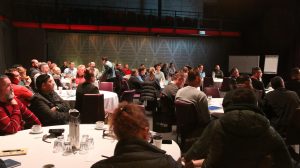 Efforts to address the harmful impacts of narrow, rigid models of masculinity are gaining momentum in Australia. In a series of presentations and workshops to practitioner and community audiences in country Victoria, Associate Professor Michael Flood explored the workings of modern masculinity in Australia, its links to domestic and family violence and other issues, and ways to build healthier lives for men and those around them. He contributed to events in East Gippsland (Bairnsdale), Traralgon, Dandenong, Shepparton, and Wodonga, in a whirlwind trip in late June. A range of community organisations and councils are putting energy into considering men and masculinities, and Dr Flood’s tour involved collaborations with organisations including Gippsland Women’s Health, Women’s Health in the South East (WHISE), Women’s Health Goulburn North East (WHGNE), and the Wodonga City Council.

Dr Flood also spoke at a ‘Woke Blokes’ panel at the Splendour in the Grass Music Festival, an event on getting men engaged in workplace gender initiatives organised by the Equal Employment Opportunity Network (EEON) in Melbourne, and on ‘Why Gender Equality is Good For Everyone’ at a Federation University event in Berwick, Victoria.

Flood also is contributing to developing work on men, masculinities, and gender being undertaken by other major Australian organisations. VicHealth, the Victorian Health Promotion Foundation, is developing a Healthy Masculinities Framework to guide work in the state, supported by a scoping review. Our Watch, the national violence prevention organisation, is developing materials to inform, support and shape the work of Our Watch and other stakeholders working on prevention campaigns, policy and practice. Associate Professor Michael Flood is providing expert advice to both organisations on their work.