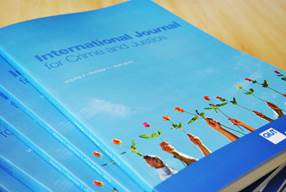 The second issue for 2019 of International Journal for Crime, Justice and Social Democracy is now available. With 10 articles and two book reviews, this general issue includes authors from Fiji, India, Australia, United Kingdom, Belgium, Argentina and the United States.

Content includes a discussion of the implications of sexual autonomy of children under international child rights regime upon Indian law (Lina Mathew) and an historical perspective of the role of sex worker activists in the decriminalisation of sex work in the state of New South Wales in Australia (Eurydice Aroney and Penny Crofts). Authors Stephen Tomsen and David Gadd also present the findings of their study of views about violence among a mixed cohort of young men, suggesting caution about the potential alienation of men by trivialising their own understandings as both perpetrators and victims.

We are also very pleased to publish the results of Caroline Doyle’s fieldwork in the Latin American city of Medellin, Columbia to understand the significant reduction in homicides in this city in recent times and how the real and perceived violence continues to have a significant effect on residents’ lives. This article is published in English and Spanish thanks to the generosity of the author who translated the paper.

We encourage you to share this information with your networks over the coming weeks and, as always, welcome any feedback you might have. The Journal is also on Twitter

Any enquiries regarding the journal should be forwarded to Tracy Creagh, Journal Manager – t.creagh@qut.edu.au

Call for Abstracts: Beyond Cybercrime – New perspectives on crime, harm and digital technologies