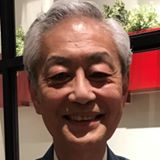 We are delighted to welcome Setsuo Miyazawa as an invited International Speaker at the upcoming Crime, Justice and Social Democracy 5th Biennial International Conference from 15-17 July 2019.  Professor Miyazawa is Senior Visiting Professor of Law at UC Hastings College of the Law and Professor Emeritus at Kobe University. He has Ph.D. in sociology from Yale University and S.J.D. from Hokkaido University. He was a full-time faculty at Hokkaido, Kobe University, Waseda University, Omiya Law School, and Aoyama Gakuin University until reaching mandatory retirement in 2016. He held visiting positions at ten North American law schools including Harvard, UC Berkeley, and NYU before joining UC Hastings on a regular basis in 2008. He has extremely broad research interests, including police and criminal justice, legal profession, and courts. He represented progressive positions on many issues in the justice system reform movement in Japan in the late 1990s through 2000s. He received the Distinguished Book Award from the Division of International Criminology of the American Society of Criminology in 1993 and the International Prize from the Law & Society Association in 2014. He was the Founding President of the Asian Law & Society Association in 2016-17 and will be the President of the Asian Criminological Society in 2019-21.

Further information about the conference including how to register can be found at www.crimejusticeconference.com.au