In the News: International Conference Co-hosted by CJRC in Cairns

QUT Media have recently published a news item about the international conference being co-hosted by the Crime & Justice Research Centre next week in Cairns, Australia.

The three-day conference from Monday, July 10, is expected to draw 300 participants and will be officially opened on Tuesday (July 11) by Minister for Police, Fire and Emergency Services and Minister for Corrective Services, Mark Ryan.

It is a unique international conference in that it brings together in the one location QUT’s 4th biennial Crime, Justice and Social Democracy International Conference and the Asian Criminological Society’s 9th Annual Conference.

Bringing the two conferences together is designed to create a globally connected space and enhance dialogue between criminology researchers and practitioners.

Conference organiser and QUT Faculty of Law Professor John Scott said the university wanted to host some of the best minds in local and international criminology outside of the usual sites, such as North America and Europe.

“The past decade has seen some of the most interesting ideas in criminology emerging in Asia, South America, Africa as well as here in Australia,” he said.

“The Chinese, for example, have become really interested in counter terrorism and have a long-standing interest in corruption drug control. This conference capitalises on this new growth in what could be described as ‘east meets south’.

“We also wanted to take the conference to regional Queensland, which we think is a criminology first. Problems with crime do not just occur in big cities, and this conference will also examine issues in regional and rural areas.”

Topics to be covered in sessions and panel discussions at the conference include cybercrime, indigenous justice, transnational crime and policing, human trafficking, child abuse, youth justice, the death penalty, and domestic and family violence.

The conference keynote speakers are Professor Rosemary Barberet, from the John Jay College of Criminal Justice in New York, Professor Guoling Zhao from Peking University, and Professor Raewyn Connell from the University of Sydney.

For details about the conference visit http://crimejusticeconference.com.au/ 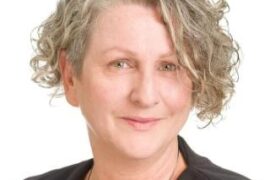