The CJRC would like to warmly welcome two new staff members, Dr Bridget Harris  has come  from UNE where she had been a lecturer in criminology for several years, after completing her PhD at Monash University.  Bridget’s work is interdisciplinary – incorporating criminology, socio-legal studies and cultural geography – and explores access to justice and spaces to justice. Her areas of research include: family violence, legal advocacy, lower courts, policing, postcode (in)justice, rural crime and criminal justice systems, criminological theory and cultural criminology. Bridget  has published research on the topics of Domestic Violence, Access to justice in regional, rural and remote magistrates courts, and Community Legal Centres. Her publications also include a recent edited book  on Locating Crime in Context and Place: Regional and Rural Perspectives. (Sydney: Federation Press, 2016). Bridget also has a record of successful grants including, the following two Australian Institute of Criminology (AIC) Criminology Research Grants: 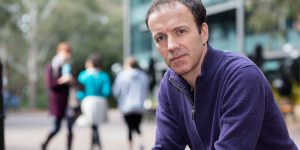 Dr Flood has published widely on topics including violence against women and violence prevention, men and masculinities, profeminist men’s advocacy, male heterosexuality, fathering, and pornography. He has made a significant contribution to scholarly and community understanding of men’s and boys’ involvements in preventing violence against women and building gender equality. Dr Flood has published 30 journal articles, 20 book chapters, two edited collections, 22 research monographs, and over 80 other publications. He is the lead editor of Engaging Men in Building Gender Equality (2015) and The International Encyclopedia of Men and Masculinities (2007). He is the co-founder and Co-Director of the Centre for Research on Men and Masculinities (CROMM), the first research centre in Australia focused on this field of scholarship. His research has attracted $1.7million of external funding.

Finally, Dr Flood has an extensive record of community and professional engagement. He has contributed to social change campaigns, worked with sporting and military organizations, participated in international expert meetings, and shaped national prevention frameworks. Dr Flood has been involved in large-scale research and education projects with such organisations as VicHealth, the National Rugby League (NRL), the Australian Football League (AFL), and the Australian Defence Force (ADF). He has provided expert advice to the Australian Bureau of Statistics, the Human Rights Commission, White Ribbon Australia, Our Watch, and other organisations. He has contributed to agenda-setting frameworks for violence prevention practice and policy, including Preventing Violence Before It Occurs (2007), Respectful Relationships Education (2009), National Standards for the Primary Prevention of Sexual Assault through Education (2009), and Change the Story: A shared framework for the primary prevention of violence against women and their children in Australia (2015).