This week’s featured abstract is authored by Hadeel Al-Alosi, an academic lecturer in the Faculty of Law at the University of New South Wales.

Unlike the previous generations, individuals today are not merely consuming media online, but creating their own material and exchanging it among a wide and global audience. The use of the internet is characterised by increased cooperation, participation and interaction among users who use it to express themselves. The availability and affordability, and apparent anonymity provided by the internet provides an ideal space to share one’s fantasies, some of which may be regarded as deviant. Of concern is that the law has not caught up with the way in which individuals are using the new digital communication technologies to exchange content, as highlighted by the potential criminalisation of young people who create material containing sexually explicit themes under the child abuse materials legislation. Accordingly, the proposed presentation seeks to discuss how the development of new technologies necessitate re-examining the law in light of the different types of user-generated content. It is particularly concerned with user-generated content in the form of fan fiction stories and deviant forms of art, both of which have become a popular mode of expression, especially for young people throughout Australia and Asia. As will be discussed, some of this material contains sexually themes that trigger the child abuse material legislation or the censorship laws, thus highlighting the law’s unintended consequences and its chilling effects on expression. 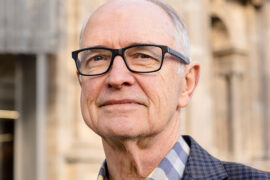