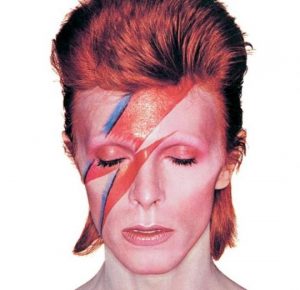 Please join us for an upcoming symposium “Monsters, Rebels, and Queers: Justice and the Outsider” hosted by the Crime and Justice Research Centre. The symposium will be held on Monday 15 August 2016 from 3-6pm at QUT Gardens Point Campus.

About the symposium: While those considered outside of the ‘normal’ have long been marginalised and stigmatised, some have also been seen as hopeful figures. Outsiders can illuminate the limits of our thought and of the ‘human’, and, as such, can challenge these limits, producing social, cultural, and political change.

The papers in this symposium will look at outsiders in many guises – monsters, rebels, and queers – particularly across pop culture, celebrity, literature, crime, and justice. The presenters will not only examine the ways in which these figures illuminate forms of government and normalisation, but will also explore the variety of transgressive and transformative possibilities each of these figures holds. Doing so will allow us to think in new ways about achieving justice in our society, particularly through critical, feminist, and queer politics.

Professor Alex Sharpe will present a lecture titled: Scary Monsters: the Hopeful Undecidability of David Bowie (1947-2016). Monsters, because the monster is the outsider template par excellence within social theory. Hopeful, because monsters are quintessentially hopeful, they promise a new dawn, and point to the place of the sacred. Bowie, because of all the figures within popular culture, few embody the monster quite like David Bowie. In the face of the law of genre, the royal ‘No,’ Bowie, like the monster he so eloquently symbolised and embodied, always seemed to say ‘Yes.’

The lecture will first set some parameters for thinking about monsters, for not all scary creatures are monsters. In doing so, the lecture will draw, in particular, on the work of Michel Foucault and George Canguilhem. Once the theoretical ground has been laid for an analytically precise understanding of the monster, the lecture will turn to counter-cultural icon and sublime anti-hero, David Bowie, as a contemporary vehicle for thinking through, and rendering accessible, some key categorical distinctions which the monster brings to crisis. In particular, and through Bowie, we will journey through the territory of sex, gender and sexuality; human/animal hybridity, and the sacred and the profane.

So roll up for the mother of monsters. The lecture will be theoretically rich and an audio-visual feast. What it will not be is dull. All welcome.

Speaker: Alex is a Law Professor and trans woman working at Keele University in the UK. She is a socio-legal theorist, legal historian and gender, sexuality and law scholar and activist. She has been writing about transgender/law issues for over twenty years and is the author of over 50 publications on the subject including her monograph, Transgender Jurisprudence: Dysphoric Bodies of Law (Cavendish, 2002). She is also the author of Foucault’s Monsters and the Challenge of Law (Routledge), in which she explored how outsiders are legally and culturally produced and regulated through time. Her body of work can be thought of as a kind of outsider jurisprudence.

“Monstrosity, Mutation and the Female Grotesque in the Novels of Angela Carter and Jeanette Winterson”

This paper will focus on correlations between feminist discourses of gender transgression and poststructuralist conceptions of monstrosity and mutation. Corporeal change and mutability became a central theme in 1970’s and 1980’s feminist theory and literature, and has continued to shape feminism in the twenty-first century. The paper will particularly discuss the tradition of feminist science fiction, and the novels of Angela Carter and Jeanette Winterson, arguing that Carter and Winterson directly engage with ideas of monstrosity as explored in the theories of Mikhail Bakhtin and Michel Foucault. The body, for these authors, is a site of exploration and expression and they continually investigate its boundaries and potential points of dissolution. Like Bakhtin and Foucault, Carter and Winterson engage with themes of monstrosity and corporeal excess to challenge what it means to be human, what it means to be gendered, racialised and embodied, and what it means to construct these kinds of definitions in the first place.

Speaker: Karin Sellberg is a postdoctoral research fellow at the University of Queensland, specialising in late twentieth and early twenty-first century feminist and queer fiction and theories of gender, sexuality, embodiment and time. She is particularly interested in the corporeal poetics of Jeanette Winterson, Angela Carter, Gore Vidal and Margaret Atwood’s novels, and she has published extensively on the points of convergence between these texts and new materialist feminist theory. She is currently working on evolutionary tropes and engagements with material progress/history in contemporary feminist and queer fiction and critical theory.

“The Familiar Stranger: David Bowie and the Discursive Formation of Celebrity”

Since his death in January, David Bowie has been venerated as a locus of personal development and social change within the media and the academy. The transformational power ascribed to Bowie centres on particular discourses of exceptionalism and individualism. Bowie’s cultural significance is detailed through often nostalgic narratives that hinge on the meaningfulness of his ‘strangeness’, in particular the way he seemed to embody a radical, fluid and unresolved identity. But by privileging the potential for radical change suggested in Bowie’s perceived ‘strangeness’, some of the more contentious aspects of his public persona have been historically minimized.  Most notable is the claim that Bowie had sex with a fifteen year old girl in the 1970s, which has ignited a public furore since his death. This controversy has generally run parallel to the personal narratives of affiliation central to shared public mourning and the celebration of Bowie’s totemic power, but it has also been implicated within and complicated them.  I will look at how these complex and often competing discussions (re)articulate Bowie’s celebrity and power as a public subject.

Speaker: Kiley Gaffney is a lecturer in the Music department of the Creative Industries faculty, QUT. She is a composer, musician and performer who released two albums, Bitter Fluff and Sweet Meat, through Warner Music during the 1990s and 2000s. She remains active in the local, national and international music community. Kiley’s doctoral thesis, Cosmopolitan Tendencies in Intersubjective Art, looked at the complex and paradoxical relations between advanced capitalism and cosmopolitanism. Her theoretical research is informed by cultural studies, critical theory, gender studies and affect theory. Kiley draws on both her critical training and creative experience in her teaching and research.

For more information and to register for this event, click here.