At the beginning of 2016, the Crime and Justice Research Centre welcomed three new staff members to the team, Dr David Fonseca, Dr Angela Higgenson and Dr Monique Mann. Appointed through the 2016 round of QUT’s ECARD program, all three staff members have successfully secured academic positions in the School of Justice, Faculty of Law, bringing with them a diverse range of expertise and experience. See more details below. 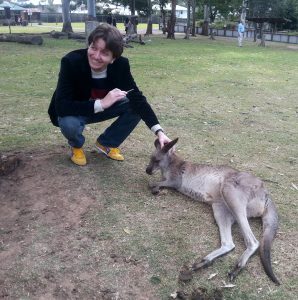 Dr David Fonseca holds a PhD in sociology from New York University (USA), a LL M from Utrecht University (The Netherlands) and a LL B from UFMG (Brazil). Before coming to QUT School of Justice, he was an Assistant Law Professor, teaching Criminal Law and Criminology in UFG (Brazil). Bringing together both a sociological and a legal background, his work adopts a socio-legal approach to criminal justice and investigates recent developments in punishment and crime control. In his previous research, he analysed the modernization process of the Brazilian society and its close relationship to patterns of punishment and social control, mostly in relation to the recent emergence of mass incarceration and high-crime rates in the country. Currently, he aims to broaden the scope of his research and engage in comparative work with the analysis of crime and incarceration trends in other postcolonial societies.

Dr Angela Higginson holds a PhD in Criminology, a BA (Hons) in Psychology, a BA in Psychology and Philosophy, and a Graduate Certificate in Research Commercialisation. Prior to joining the School of Justice, Angela was a Lecturer and Research Fellow at the University of Queensland. She has also worked within the public sector as the Principal Advisor Statistical Research and Analysis in the Department of Emergency Services. Her PhD in Criminology was awarded by the University of Queensland in 2012, and developed statistical methods to understand patterns of Commonwealth fraud, working in partnership with the Australian Federal Police. Angela’s recent work focuses on policing and community processes for crime control, with a particular interest in the evaluation of policing practice through systematic reviews and meta-analysis. Much of her work is situated in a comparative framework, and examines the contextual differences between the Global North and South. 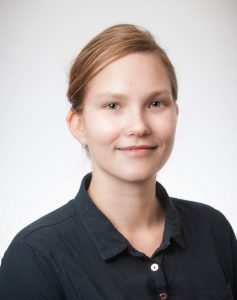 Dr Monique Mann graduated with a PhD from the ARC Centre of Excellence in Policing and Security (CEPS), Griffith University in 2015. While completing her PhD Monique taught as a sessional academic at Griffith University, worked as a Research Assistant at CEPS, interned with the Organised Crime Branch of the United Nations Office on Drugs and Crime in Vienna, and was a visiting scholar at the Regulatory Institutions Network (RegNet) at the Australian National University.  From 2013 Monique worked as a Research Analyst at the Australian Institute of Criminology (AIC) where she worked across a suite of projects on police information systems contracted by the CrimTrac agency, and was project manager of the national evaluation of the Australian Cybercrime Online Reporting Network. Monique is interested in critical socio-legal research on the intersecting topics of organised crime, cybercrime, police technology, intelligence and surveillance.