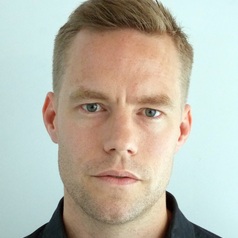 Tomorrow afternoon the Crime and Justice Research Centre Seminar Series will host a seminar with Speaker Dr Michael Salter from the University of Western Sydney.

Abstract: Studies of online crime have often observed that the transnational nature of the internet overwhelms jurisdictional boundaries, inhibiting law enforcement responses where online abuse occurs or where online justice-seeking takes illegal forms. However criminologists have paid less attention to the manner in which social media expands the geographical horizon of public opinion, promoting transnational rather than national frames of reference for responses to crime and injustice. This paper describes two interlinked ‘operations’ by the online activist network Anonymous to illustrate transnational justice flows on social media. Anonymous’ 2013 intervention in apparently politically connected ritual killings in the African state of Gabon, called Operation Gabon, led to Operation Death Eaters in 2014, a wide-ranging social media campaign against elite involvement in organised child abuse in the Global North as well as the Global South. In this process, Anonymous developed a complex critique of the role of elite deviance in international social and economic inequality that defied taken-for-granted distinctions between ‘developed’ and ‘under-developed’ countries. The paper describes and analyses the emergence of ‘Operation Death Eaters’ as an example of the transnational circuits of public opinion emerging on social media that are producing new grammars of moral contestation and social protest. However the paper asks whether mechanisms exist for the implementation of such novel forms of political consensus, emphasising the ‘lag’ between transnational public opinion and the grounding of public power within the nation-state.