I was so glad to be accepted to study at the University of Leeds for the autumn semester in 2019. I’d constantly heard people raving about Leeds,  and after spending 4 months there I now know why.

University culture in England is very different to Australia. It is standard for students to move away from their hometown for university and live in university accommodation during their first year of study. This made Leeds a town that was highly populated with young people, many of who were living on their own for the first time.

To help new students become acquainted with their new city, the Uni has a “Freshers” week. This is similar to O-week in Australia but on a much larger scale. The Uni has free activities during the day, like barbecues and city tours, as well as club and pub events at night. One of my favourite nights was when we went to a party held in the Leeds University Union Club and then walked upstairs to try free roller skating put on by the uni. During this week you can also sign up to societies – I joined the Film Society where we watched movies in the Uni cinema one night a week.

The University itself is a central part of Leeds and is accessible by bike, bus, or walking. The professors were really helpful and had a fairly similar teaching style to QUT academics. Although I found the academic side of Uni different to QUT in a few ways, 3 subjects in Leeds were equivalent to 4 subjects in QUT and students were only required to get 40% to pass a subject. I also noticed the communication subjects at Leeds were less practical than QUT and found myself completing a lot more essays and reports than what I was accustomed to in my Journalism degree at QUT.

I lived in the university residence called Montague Burton (also known as Monty B), which was about a 5 to 10-minute walk to the campus. The accommodation was really modern and looked as if it had been renovated fairly recently. I chose the accommodation that wasn’t catered, which gave me the flexibility to do other things, such as go out to a pub for dinner or travel on the weekend. The warden and sub-wardens who supervised Monty B were slightly strict with noise after 11:00 pm, and could issue infringements if this wasn’t obeyed, but usually they would just tell you to go out or turn off the music.

I shared the flat with nine other exchange students, which might sound like a lot, but we all had our own bedrooms and shared three bathrooms amongst us. It also helped that all of my flatmates got on really well. I think because we were all exchange students, we were on the same page about what we wanted to accomplish while being at Leeds. I would really recommend organising regular dinner/game nights with your flatmates to bond with them. We had a taco night, pizza night and when it was around Christmas time, we did Secret Santa and had a big meal.

One of my favourite memories of Leeds was doing the “Otley Run”. This is a tradition at Leeds where people dress up in a themed costume and do a pub-crawl throughout 15 pubs in the city. We had an 80’s Aerobic theme, but we also saw some people throughout the semester dressed as Disney princesses, whoopee cushions, and British royalty. Another great highlight of mine was doing an escape room with a bunch of exchange students, and playing “Bongo’s Bingo” which is bingo but in a club. 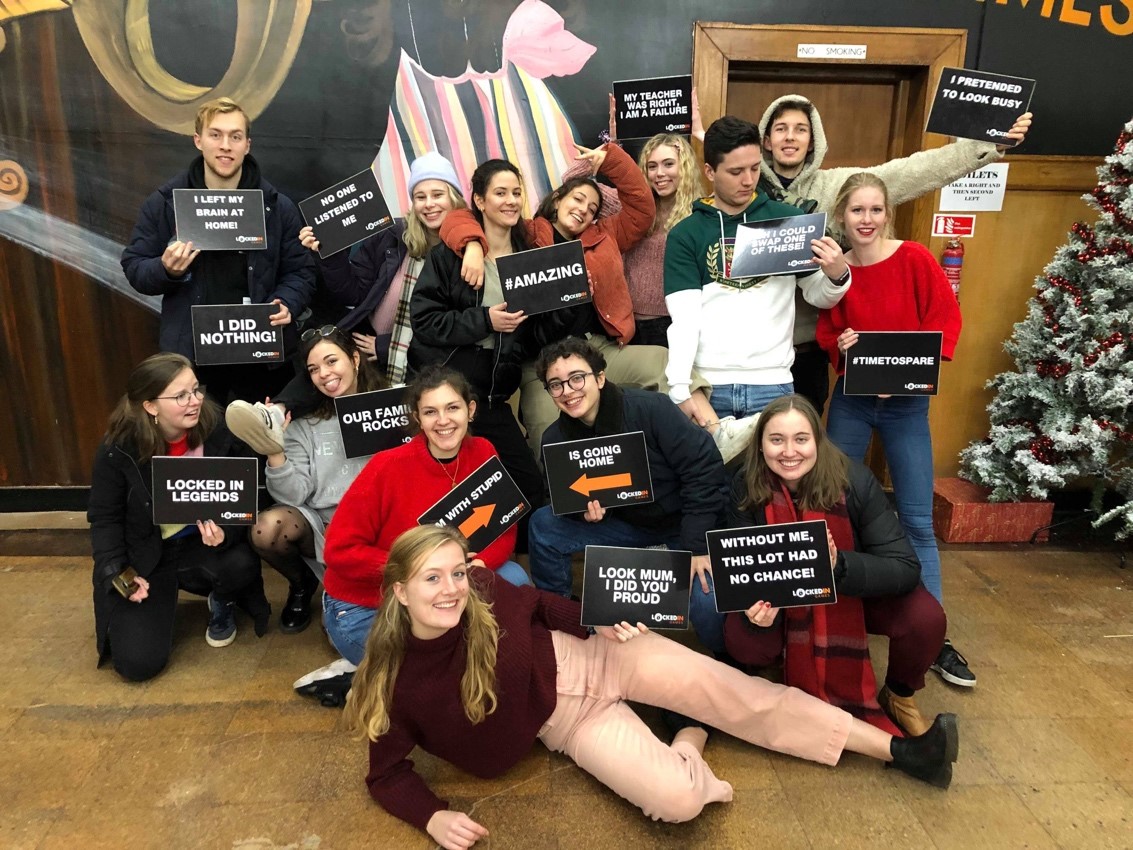 Going on exchange to the University of Leeds was such an amazing experience, and I would recommend Leeds to anyone who wants to study in England. My advice to anyone who decides to go on exchange, is to say yes to everything (especially in the first week).

You have such a short time at your exchange university, so take advantage of every opportunity!

Find out more about the University of Leeds