Leeds: A City with Promises

When I decided to go on exchange, my major goals were to embrace the opportunity to travel widely and learn about other countries, experience greater independence by living alone in student accommodation, and meet a group of great friends from different countries.  Despite having my experience cut short to only eight weeks because of the COVID-19 pandemic, I achieved every single one of those goals and more. 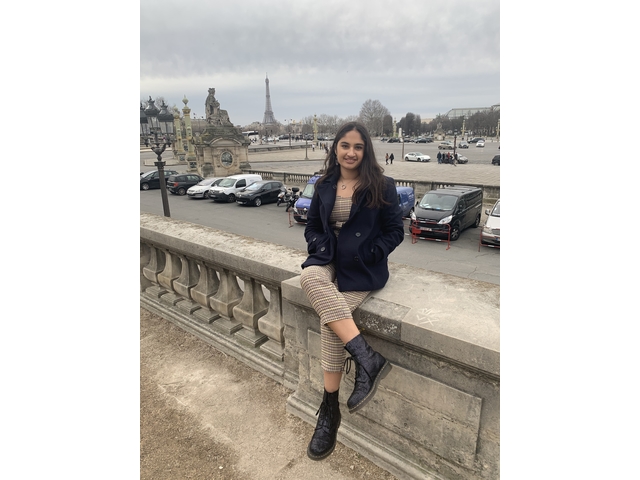 In hindsight, I am so pleased that I embraced a bit of a ‘carpe diem’ attitude towards travelling and experiencing once–in–a–lifetime opportunities because while I felt very sleep deprived at the time, I am now grateful that I did not procrastinate.  Some notable highlights included a one-night getaway to Amsterdam, where I by chance met one of my good friends from QUT who was studying in Vienna, and then travelling to Hull early the next morning to compete at, and eventually win, a debating competition.  Also, travelling to Manchester late one Thursday night to watch Manchester United play at their home ground of Old Trafford, and then early the next morning travelling to London to watch Sara Bareilles perform in a very limited run in the musical ‘Waitress’ surrounded by an equally star-studded cast.  Within the same weekend in London, I also had other once-in-a-lifetime opportunities seeing a famous Broadway star called Alistair Brammer perform in ‘Wicked’ and managing to get last-minute tickets to ‘Harry Potter and the Cursed Child’. Other notable travel highlights included a weekend trip to Paris with my new friends from Montreal where we walked a total of 53km in two days, a very breezy experience at Stonehenge and Bath on the day of a severe rainstorm, and a solo escapade to Berlin just before the pandemic took hold.

I am very pleased with the student accommodation I was allocated, despite being initially displeased with its distance from the university campus.  By staying at ‘Liberty Dock’ I was situated right on the River Aire which allowed me to keep up my fitness by going running along the river but also allowed me to get to know the real Leeds.  This was because, unlike other university accommodation options, we had to take a 30-minute bus ride, or a 45-minute walk through the city to get to the university campus.  While I was initially disappointed to be so far away from campus, and from other student residences, I am very grateful for the excuse to go exploring.  Some of my favourite sites were the Corn Exchange and Kirkgate Market, as well as the beautiful, old-fashioned architecture of the entire town.   I was also well-situated to walk to the train station which I did on many occasions to travel to various cities to see my family and friends who lived all around England.   I did not manage to venture into the famous ‘Royal Armouries Museum’ which was quite literally right on my doorstep, but I guess that is an excuse to travel back to Leeds in the future!

Finally, my favourite part of the exchange experience was making genuinely amazing friends, particularly my friends from Canada, the United States, Norway and by chance, Canberra. While I had seen many friends make wonderful connections on their exchange experiences, I was apprehensive to move to a new town, knowing absolutely nobody and hoping for the best that I would meet similar-minded people.  But, within the first half an hour of getting to my student accommodation, I met a wonderful friend from the United States who I regularly call on zoom to catch up, and with whom I am already planning multiple trips, once international travel is safe again.  I am also surprised by how quickly we all became so close, for instance, I was planning my trip to Paris with my friend from Canada within a week of knowing him, but he remains one of my closest friends, and the fact that we travelled to Paris, London, Stonehenge, Bath and Amsterdam together was one of the major reasons we became so close, in such a short space of time.

Finally, while none of us could anticipate a pandemic occurring, I developed an even greater sense of confidence and independence through being able to organise leaving my accommodation, leaving the country and organising flights home to Australia within the span of two days. 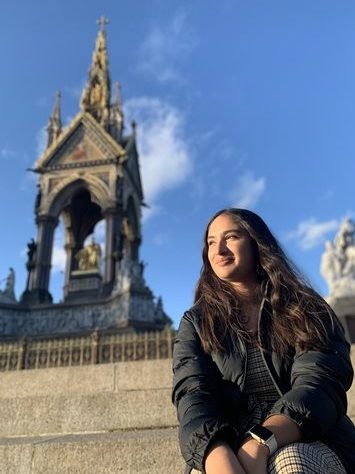 All in all, despite my exchange experience being a third of the length I expected it to be, I achieved everything I wanted to, and am very grateful to have been able to undertake this opportunity.  I cannot recommend the experience enough.

Learn more about the University of Leeds