My time at Hanyang University in Seoul South Korea was filled with unique experie​nces and amazing people. This became even more unique due to the coronavirus pandemic.

I studied intensive Korean language, which was 4 hours of Korean for 5 days a week which is equivalent to 4 QUT units. I took an extra class as well, which meant I was studying 5 units worth. When I first started my exchange the coronavirus was hardly a concern, despite my parents buying me construction masks for the plane. It was only after I arrived in Seoul, met friends and did the obvious tourist things that the virus infection sky rocketed. Many of my friends and other exchange students returned home and South Korea, along with my university started social distancing measures (which included daily temperature checks and online classes). Yet despite this I still managed to have some great experiences filled with fun and friendship. South Korea was controlling the virus extremely well and life went on as normal as it could. My friends and I still found ways to see Seoul; doing trips to Seoul forest, café and dinner dates, and drinking etc. I made friends with people from around the world, and as the one with the most Korean language knowledge (in comparison to them who’d only just learnt to read it), I developed my Korean by being the designated translator. 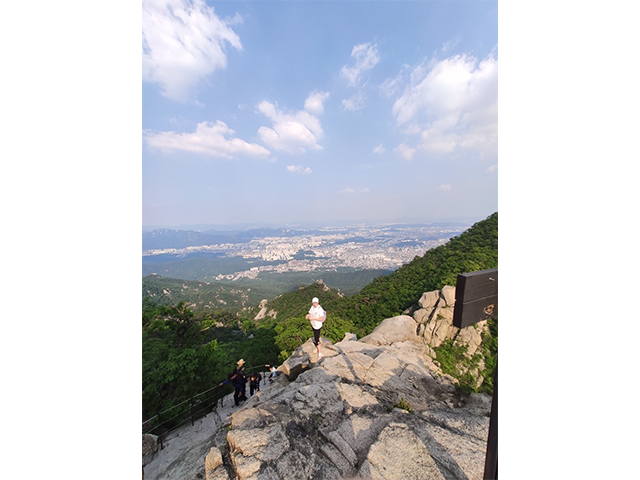 During my time at Hanyang, I stayed at the dorms as it was the cheapest option.  I was meant to have an Australian roommate but unfortunately she returned home after one month. Despite having online classes most of the semester, my classmates and I would often meet up for class in cafes near the uni, or for an after class dinner.

During the semester a group of us managed to organise a trip to Busan. We took the KTX, a speed train from Seoul to Busan. It was more expensive compared to a plane, but was still relatively quick with a nice view. We’d do our classes at the air bnb for an hour, then head down to the beach. We ate dinner at a fish market where I tried abalone, lobster, crab and lobster brain. During this trip, we were soon informed by the school that an area in Seoul had a confirmed case of corona, and unfortunately we’d all been there or been in contact with someone there during that time frame. We all got tested for corona and once the results came back negative we headed back home for self isolation. When final exams came, corona restrictions had loosened so we were able to take the last week of class and exam period, face-to-face. I received all A’s in my classes and found the workload to be quite manageable. The English classes seemed to be less strict than at QUT. There were less rules about formatting and referencing and some essays didn’t even have a task sheet (this was quite shocking). 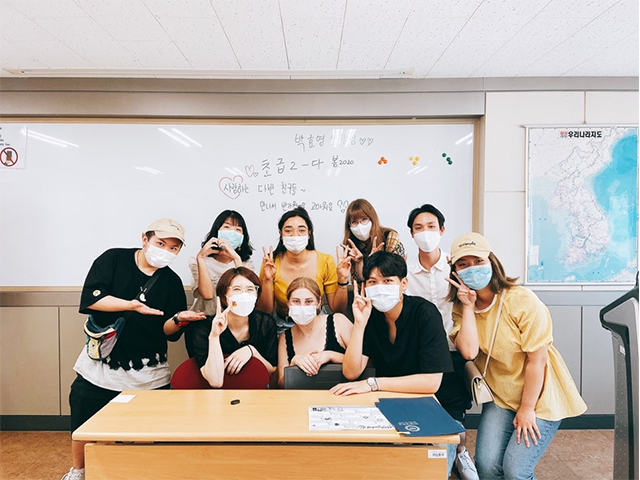 After the exams, myself and  a group of friends, which all happened to be German exchange students, took a long vacation across the east of Korea. First was Inje, where we went  to do some white water rafting and bungee jumping. We expected storms and rain all week but were surprised when it remained sunny and humid. Although this meant that the rafting wasn’t as “extreme” due to the lack of rain. The bungee jumping is the deepest in Korea, and this was my second time doing it in Inje, but it was just as exciting and I’d definitely recommend you give it a try. From there we went to Sokcho where we climbed Soraksan, had fish bbq, and saw the beach shortly before it rained. After three days there we left for Yangyang, an area down south from Sokcho, commonly known for its surfing beaches. We stayed with my friend who took us to the beach to learn to surfing, and we ate raw fish and seafood. After returning back to Seoul, my three German friends started their bike tour around Korea (doing almost 90 km a day) and I headed to Daegu for my last trip.

South Korea has such a variety of delicious food to try, diverse places to see, with beaches and a culture so rich that you have to visit it at least once in your lifetime – you won’t regret it!