Deciding on a host country was one of the most difficult parts of my application process. I was comparing countries like Ireland to Norway to Singapore. However, I decided to go to Spain for several different reasons. Firstly, I had always wanted to visit the country, I was so intrigued with there fun and chilled out way of life (which eventually became quite annoying as nothing was ever open). Then there was the weather, now I know that we get a lot of sun, but Madrid is always sunny, in fact I could probably count only 5 days during my semester where there was grey skies.

The people of Spain are also so welcoming, even if you know nothing about the language. I originally wanted to study in Barcelona because I though it was an amazing city, which was so multicultural and consisted of many aspects including arts, sports and most importantly beautiful beaches. However, as my business program was only offered in Madrid, I ended up going there instead (which was still a win). As the capital of Spain, Madrid was lively at all hours of the day, filled with amazing food, shops, festivals and lots of street performance. I was really into this traditional Spanish city and all its little quirks.

The university I went to was Universidad Carlos III Madrid, which located outside the city a bit, in a suburb called Getafe and took about 20 – 40min by train from Madrid’s central station (Sol). Compared to QUT’s modern facilities, the school seemed surprisingly quite old with chalk boards in the classrooms.

I also found the education system to be dysfunctional and very unorganised, which most exchange students I met there agreed with. All the classes were pretty easy to pass, and the assessment pieces were not too hard. Also, I found that group assignments are very popular. All the classes were done in English which was fortunate since I knew zero Spanish.

This was very different to organise and caused myself I lot of stress when preparing for exchange. On campus accommodation was full and honestly, I would not recommend it as it is located in Getafe which is a very small and basic town. Madrid’s student rental services were various and helpful. For me, I often used roomers, Spotahome and Uniplaces to search for apartments. The apartment which I lived in was owned by HELP MADRID.  They offered good accommodation but definitely ripped you off. I was constantly being charged extra for services like water and gas and each month the charges would increase by sometimes 50 euros which blew my budget out. Apart from this I did enjoy the accommodation, I lived with 11 people all exchange students mostly from the USA. Plus the best thing about the apartment was our location, basically in the middle of Sol, the main plaza was right around the corner.

Spain is an amazing place to go on exchange, especially as it is a large and central European city with something to explore every day. Compared to other European countries, I found it to be relatively cheap, which was definitely a big bonus. Having the ability to travel every weekend was amazing and I was able to see so many countries that I could not imagine.

My advice any future global student is that exchange can challenge you in more ways than you would expect, but the great thing is that you will grow as a person, make amazing friends and have the craziest lifelong memories along the way. 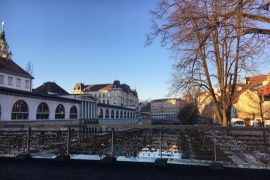 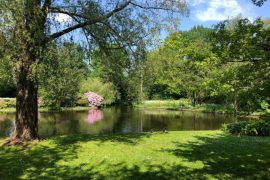