Polarisation and Hyperpartisanship in Social Media: Some Further Reflections 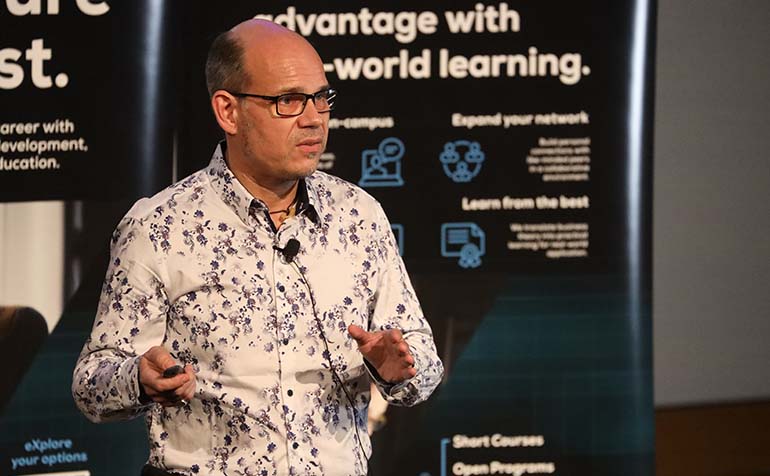 I am delighted to share this video of my QUTeX talk on Societies on the Brink with you. This really serves as an opening statement of intent for my coming Australian Laureate Fellowship project, which commences in earnest in early 2022.

My sincere thanks to everyone who came along in person or joined us online, and to the QUTeX organisers for putting on such a great show; I hope this talk will be of interest to those of you who are seeing it for the first time here.

Building on my past work in this space, the project focusses to a substantial extent on the role of social media in public and political communication. It does so against the backdrop of growing concerns about the role of social media platforms like Facebook and Twitter in sharing mis- and disinformation, and increasing hyperpartisanship and polarisation. While the evidence shows that we must dismiss the overly simplistic fears of ‘echo chambers’ and ‘filter bubbles’, these broader concerns are certainly valid, and further developments just this past week highlight what’s at stake in these debates.

Domestically, we have seen the federal government make new moves towards unmasking those who post supposedly controversial views on social media platforms. This may seem welcome at first glance, and in his announcement the Prime Minister slammed social media as a “coward’s palace” where people can be offensive with impunity – but the devil is in the detail, and there must be substantial concerns about whether this initiative will actually find its mark, or simply cause a great deal more collateral damage instead.

Online anonymity is a red herring.

Yes, some social media users exploit the opportunity of anonymity to relentlessly misinform, attack, troll, and abuse. But many of the worst offenders – from the notorious far-right figures whipping up the anti-mask riots in Melbourne, which have now caused a new wave of COVID-19 infections, all the way through to federal parliamentarians spruiking dangerous and deadly ‘wonder drugs’ like hydroxychloroquine and ivermectin – brazenly post their hateful and dangerous disinformation under their real names, without facing any significant consequences.

Meanwhile, as my QUT Digital Media Research Centre colleagues and I explained to the Victorian Parliament’s recent inquiry on social media in the political process, any undermining of provisions for anonymity on social media predominantly hurts those who have good reason to remain anonymous: the vulnerable minorities who are the most persistent targets of online trolling and abuse. Far from uncovering the ‘cowards’ who abuse social media platforms, as the Prime Minister has claimed, the weakening of anonymity simply makes it easier for those cowards to target their victims. We should remain very sceptical and cautious regarding any moves towards ‘real name’ policies.

Sympathy and support for the most vulnerable users of social media appears to be in short supply internationally, too.

Just last week, we also saw further revelations about the dark heart of the Facebook empire (which controls not only Facebook, but Instagram and WhatsApp, too). I don’t mean the global technical failure of its platforms for a few hours, though this was embarrassing enough: rather, whistleblowers and leaked documents have shone a harsh light on the company’s plans to further expand its reach amongst school-age demographics, while simultaneously ignoring their own internal research about the damage that these platforms can do especially to younger users.

Facebook’s likely response, to the extent that we can predict this from the outside, will be to shut down such self-critical internal research, as well as to further limit opportunities for critical, independent, public-interest analysis by external researchers like us in the QUT Digital Media Research Centre. I’d love to be wrong, but Facebook has form on such moves: in August, for instance, it shut down the Facebook accounts of the New York University researchers who ran the NYU Ad Observatory, a crucial and valuable initiative to monitor targeted advertising practices on Facebook that relies on data donations from the general public to produce a database of advertising on Facebook.

My colleagues in the ARC Centre of Excellence for Automated Decision-Making and Society (ADM+S) are about to embark on a similar initiative here in Australia; it remains to be seen how Facebook Australia will react to such public scrutiny.

If you would like to become a citizen scientist and donate (anonymous) data on the ads you’re seeing in your Facebook newsfeed, please click here to join the project. 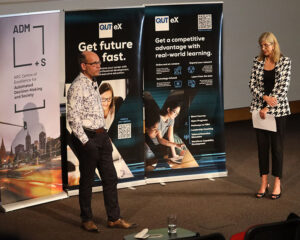 Such initiatives are necessary, of course, because the major social media platforms fail to provide sufficient opportunities for critical, independent, public-interest scrutiny – arguably, Facebook is the worst offender on this score, but it is hardly alone in this. Researchers have long known this, but it appears that lawmakers are increasingly fed up with such stonewalling, too: last week’s hearing in the US Congress drew further attention to these issues, and there are substantial moves being made in the European Union to level the playing field, too. Our colleagues at the not-for-profit organisation AlgorithmWatch in Berlin are leading the advocacy on this point (AW co-founder Matthias Spielkamp spoke about this effort at our ADM+S Symposium last week, too).

There’s a lot more to be done in assessing the dynamics of hyperpartisanship and polarisation, and the broader patterns of public communication and debate, both in mainstream and social media, then – and we cannot rely on the platform providers themselves to assist this effort. This is why my colleagues in the QUT Digital Media Research Centre and the ARC Centre of Excellence for Automated Decision-Making and Society, and that of our many partners around the world, as well as my own research team in the Australian Laureate Fellowship, will remain committed to this work. 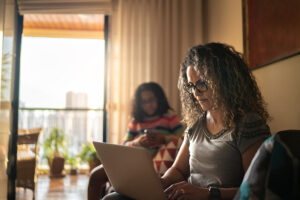 Do search engines influence you more than you think?

Now is your chance to help researchers find out. The Australian Search Experience project investigates whether users search results are customised based on the profiles search engines define for us. The project is being conducted by the ARC Centre of Excellence for Automated Decision-Making and Society in partnership with international research and advocacy organisation AlgorithmWatch. Researchers need your help to gain valuable and otherwise unavailable insights into how search engines are shaping the information Australians receive online.

The project invites Australian Internet users, over the age of 18, to join as citizen scientists by downloading a simple browser plugin to their computer. For more information and to join the project go to www.admscentre.org.au/searchexperience/

The Australian Ad Observatory: Participants needed to investigate how people are targeted by social media advertising 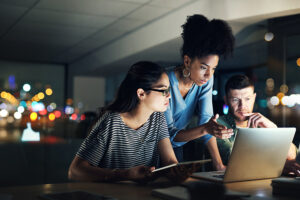 Did you know that targeted online advertising could lead to discrimination and the spread of false and harmful information?

The Australian Ad Observatory project investigates how internet users are being targeted by ads on social media platforms. The project collects Facebook users’ personalised or ‘dark’ ads to develop strategies for addressing the potential harms associated with them. The project is being conducted by the ARC Centre of Excellence for Automated Decision-Making and Society. Researchers need your help to gain valuable and otherwise unavailable insights into how Facebook is targeting their advertising toward Australian internet users. The project invites Australian Internet users, over the age of 18, to join as citizen scientists by downloading a simple browser plugin to their computer.

For more information and to join the project go to www.admscentre.org.au/adobservatory

Prof. Axel Bruns is a Professor in the Digital Media Research Centre at Queensland University of Technology in Brisbane, Australia, and a Chief Investigator in the ARC Centre of Excellence for Automated Decision-Making and Society. His books include Are Filter Bubbles Real? (2019) and Gatewatching and News Curation: Journalism, Social Media, and the Public Sphere (2018), and the edited collections Digitizing Democracy (2019), the Routledge Companion to Social Media and Politics (2016), and Twitter and Society (2014). His current work focusses on the study of user participation in social media spaces, and its implications for our understanding of the contemporary public sphere, drawing especially on innovative new methods for analysing 'big social data'. He served as President of the Association of Internet Researchers in 2017–19. His research blog is at snurb.info, and he tweets at @snurb_dot_info. 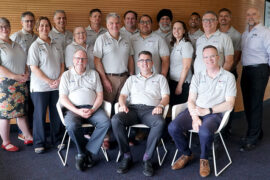 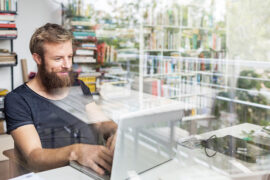 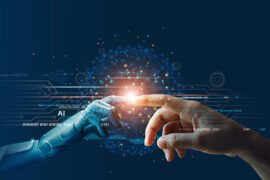