I looked across the desk at a CEO who I had admired for such a long time. He had seen just about everything you can see in his 20-year career – recessions, booms, all the highs and lows you can imagine.

what sustained you during these times?  How did you learn and take on new directions and keep abreast of all of the changes taking place in the world?”

He said, “I just consumed all of the development I received that I could, I guess.  But once I got closer to the top there was definitely nothing in the market that could have helped me. It was a pretty lonely place. I wish that there was something, but there just wasn’t anything there.  Professional development was for lower levels of the organisation, not for me and probably my executive team were in the same boat too.”

About five years later, I found myself in a similar situation to my mentor – a CEO of a large organisation in the mining sector.  How true were his words.  It was an incredibly lonely place. I was encountering issues I had never previously faced. My only way to stay up-to-date was to read the Economist!

Earlier in my career I had dabbled in organisation development, back when I was bright-eyed and bushy tailed.  I would put together the key ingredients that I thought would make a “gold medal” development program for C-Suite executives.  It was not much more than dot points on a note pad.

Fast-forward 10 years and I find myself at one of Australia’s leading Business Schools as a Professor of Practice, bringing the latest in leadership research to up-and-coming executives. I made my case to create a leadership program solely focused on the C-Suite – it was my nod to the person who had been so influential in my life.  But, trailblazing in the development space is not for the fainthearted.  I was put through the wringer, having to furnish the university hierarchy with my research as to why such a program was warranted.

This is what I found when I took a deeper dive.

There is a significant number of C-suite and aspiring C-Suite (people knocking at the door) looking for a development program that can support them in their challenging and complex roles.  Surprisingly, the vast majority of the 500 people we surveyed wanted an on-line program that also supported close connections with fellow participants and facilitators.  Asked why, the response was clear: “we do not have the time to swan off to some residential program.  But, we would like to build connections and stay connected to the people on the course.  They are our peers and would be a great source of support into the future.”

They also told us the types of topics they would like to focus on.  The topics included: designing a compelling vision, leading in a complex world and creating a high-performance culture, amongst others.

The response from focus groups for such a course was enthusiastic!  So, from this we have put together what is a first in Australia and New Zealand – an on-line, live, supported development program for Executives, complete with supported Executive Coaching, networking and on-going cohort connections.  As the course is provided by QUT, the learning can articulate into a formal qualification, if the individual Executive so desires.

The Ascend Program will commence in July 2021. If you would like to find out more, please contact me on: brett.heyward@qut.edu.aum or visit the program web page for more information.

Brett comes to QUT with a wealth of experience in the public and private sectors. He has led large agencies in Health, Natural Resources and Mining, as well as holding senior roles in the consulting industry. Early in his career he managed manufacturing businesses and held roles in environmental science management. Brett received his undergraduate degree from the University of Southern Queensland, majoring in Accounting. He added to this with a Masters in Administration (focused on Change Management), and a PhD focused on competition policy frameworks in national and provincial governments. As a Professor of Practice with QUT, Brett coordinates and contributes to many of the leadership subjects in the Graduate School of Business, including the Business Leadership Practicum and Personal Leadership and Change in the EMBA and MBA programs. He also facilitates leadership development and coaching activities with corporate clients including several large businesses in the retail and manufacturing industries, as well as large public sector agencies, particularly those with commercial or “self-funded” operations. Brett is also a Chief Investigator for QUT’s Centre of METS Business Innovation (CMBI) and contributes to research there. In addition, Brett is often sought after to review research in the fields of mining and resources generally, as well as engage with corporate leaders in this area, particularly on the topics of government regulation and leadership development. He is also very interested in progressing institutional strengthening activities in developing countries, and is currently supporting research into aged care and disability support services in Vietnam. Brett loves sport and devotes much of his “free time” to coaching (largely Rugby League and Cricket), as well as supporting the development of sporting expertise, particularly in back office functions and high performance systems (a major focus of his early consulting career). 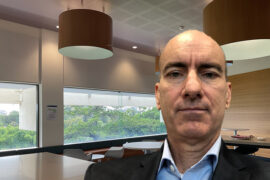 Map a Path for Personal Growth 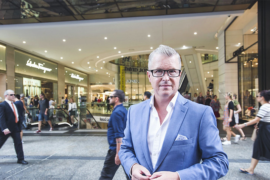 The Rebirth of Retail with Professor Gary Mortimer 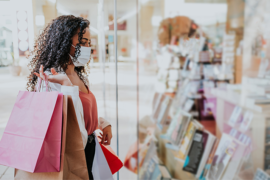