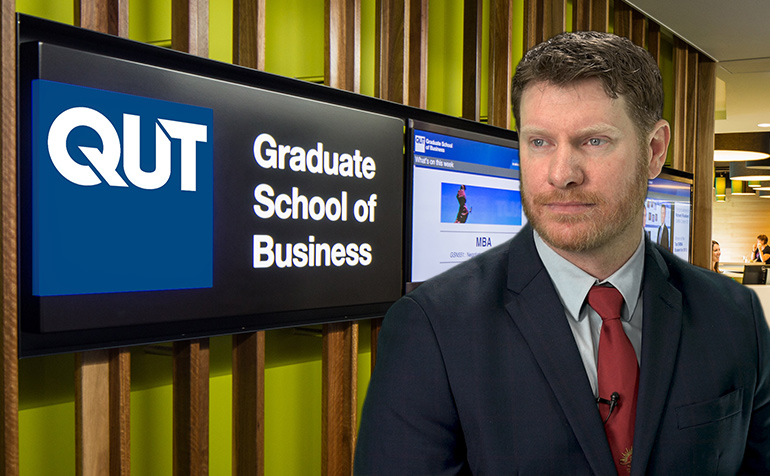 After being encouraged to consider the QUT Executive MBA by Dame Quentin Bryce, Dan reached out to us to find out what an MBA could offer him.

After several conversations, Dan shared that he was at a point in his life where he was having to make some pretty big decisions about his future and needed some skills to help him navigate those.  I was struck by his self-effacing and humble nature despite his profile and that, along with his broad range of experiences and aspirations indicated that he would be a valuable member of our Executive MBA cohort.

Despite his doubts about being able to complete his degree, Dan successfully completed his degree and as we predicted was an integral and respected member of his cohort.  We’re very grateful for the fact that Dan made the decision to join our community and we’re excited to celebrate all of his successful endeavours into the future!

From tough country kid to Victoria Cross (VC) recipient,  Daniel Keighran,  has had an event-filled life and varied career, so far!

After an outstanding military career, Dan began working in the mines at Kalgoorlie, WA, then started his own consultancy, became an Ambassador the Australian Defence Force Assistance Trust, joined the speaking circuit, and is on the Board for the Australian War Memorial.  Dan was awarded the  VC for intentionally drawing enemy fire to himself in order to save the lives of his teammates and fellow soldiers. His citation reads:

For the most conspicuous acts of gallantry and extreme devotion to duty in action in circumstances of great peril at Derapet, Uruzgan province, Afghanistan, as part of the Mentoring Task Force One on Operation SLIPPER.”

So, it is no understatement to say that he understands the importance of teamwork, leadership and decision making. He states that the highlight of the EMBA experience was the cohort of fellow EMBA participants, over the time of his study they became great friends.

Even with his credentials and bravery, Dan admits he still had doubts about his ability in the world of business.  When asked how doing the EMBA transformed his career, he commented that it is still transforming his career. He had doubts about whether he was up to the task that he was doing.

…the MBA gave me the frameworks, gave me the ability, the confidence… I can do this, I do have that ability. I’ve done it through my study, and therefore I’m putting it into practice. So, that was the biggest thing for me is the confidence to go you know what, I have done this before, and I do know what I am doing.”

So when we said he had a “varied career so far” we feel like this outstanding EMBA Alumnus is only just beginning.

In a recent interview with A Current Affair Dan said, “I would certainly encourage people to put themselves in a position where they’re not comfortable, take some risks and push yourself because it’s amazing what you can achieve.”  Dan is sharing his story in the hope that it will encourage others to also overcome adversity with the release of his book “Courage Under Fire” published by Macmillan will be available in bookstores from 27 October 2020.

Bob: Dan, you’ve experienced much of life, growing up in rural Queensland, fifteen years with the Army, during which time you were awarded the Victoria Cross, mining in Kalgoorlie, then taking on the QUT Executive Master of Business Administration. Really, I’d be very interested, and I’m sure our listeners would be very interested in understanding how you have developed over that time.

Dan: After saying that, an introduction like that, I’m lucky to be alive, aren’t I? (both laugh) So, that’s right, I am very fortunate to, when I say fortunate, I joined Defence at a time when operationally there was a lot going on in the world. I was fortunate in going to East Timor, supporting the United Nations, and later on to Iraq and Afghanistan. Ah, I look back on my time in Defence and, very fondly in fact, look back at my time in Defence, and I am fortunate to have made the friends that I have made along the way and have the experiences that I have, it has certainly shaped me to what I am today.
I look back, as well, ah, at what was missing, I think, at that point in time, and education is an important part of my life now and I am fortunate again, to have completed the MBA here, the Executive MBA here at QUT.

For me, it was a highlight in fact, of my career, in completing the MBA. It certainly has changed my outlook, and my approach to business and to work.

Bob: Dan, what inspired you to undertake the Executive MBA here at QUT?

Dan: I think, ah, what inspired me the most was doubt in my ability. I look back and go, you know, was I good enough, was I able to operate and work in a business environment? I’d changed careers, I’d been a Defence Force Soldier, I’d been an Infantry Soldier, for over twelve years, I’d worked in the mines as a blaster, underground, as a shot-firer. I’d done limited study throughout that period of time, and then I found myself in an opportunity where I was working for an organisation, ah that, you know, required more of me, and I had doubt whether I was up to that task. So, for me, I think that was a driving factor to start an MBA. Was I good enough? Was I able to do it? And, sure enough, I started, and I had my doubts, and managed to get through. Managed to get through quite well, in fact, and yeah, I think that was the driving factor for me.

Bob: So, Dan, what was the highlight of your EMBA experience?

Dan: So many highlights here at QUT. I, ah, yeah, I look back fondly, in fact, the very first day, and ah, meeting everyone, meeting the cohort, and for me, I think the cohort was probably easily, absolutely the best experience from the course itself. Interacting with other individuals. Ah, diversity in thought, I used to say, um, from those that were put together in a room and asked to stay over two years doing the MBA. So, I think, for me, the cohort was pretty special, but it was also the opportunity to go to China as part of the international study. And, for me, again, I’d never been to China, and again with the cohort that was thrown together, we became great friends. I think the experiences throughout, it is hard to pick one, but for me, I think, absolutely the cohort was the best experience.

Bob: Dan, how did the EMBA transform your career?

Dan: Look, I think it’s still transforming my career. And what I mean by that is I started off by having doubts, and I had doubts whether I was up to the task, and the job that I was doing. I think for me, the MBA gave me the frameworks, gave me the ability, the confidence to go, you know what, I can do this, I do have that ability. I’ve done it through my study, and therefore I’m putting it into practice. So, that was the biggest thing for me is the confidence to go you know what, I have done this before, and I do know what I am doing.

Bob: Dan, what advice would you give someone who was considering an EMBA?

Dan: I get asked that often, what advice would you give, and for me, it’s don’t delay. You know what are you waiting for? As I said, we all have doubts, if you’ve been thinking about this get on board, at least come and have an interview, try and understand what the process is because it will absolutely broaden your horizons and change your life.

Bob: Thanks Dan, and we wish you every success with your career.

Dan: Appreciate the time, that we both had today and I encourage everyone to check out at least the QUT website and if you are thinking of further education this is a great institute so, come along and check it out.

Glen is an Associate Professor within the QUT Business School and is currently the Director of the School’s MBA program. Building on his early experiences in retail management Glen is a self-described “technology enhanced educator” with a strong a track record in building and delivering innovative, valuable and applied tertiary education courses. In 2014 he was awarded the prestigious Australian and New Zealand Academy of Management (ANZAM) / Pearson Management Educator of the Year Award. Glen has held management roles in the retail industry both in Australia and the United Kingdom and has previously established and run a boutique on-line business, before selling his share in 2009. He was also awarded a QUT Vice-Chancellor’s Performance Award in 2010 for innovative teaching and assessment. Previous roles include a post-doctoral research fellowship with the CRC Centre for Integrated Engineering Asset Management (CIEAM) (2006-2009). Prior to this, he was employed within a teaching capacity for the Faculty of Business at QUT Carseldine as the First Year Experience (FYE) Co-ordinator. In addition to his academic experience, Glen has several years experience in the retail industry in line and middle management roles. 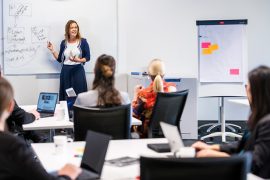 Evolution of Education During a Global Pandemic 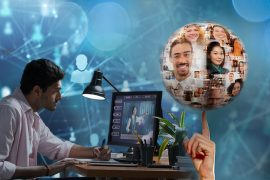 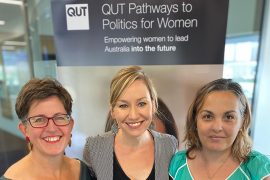 How QUT is inspiring women into politics