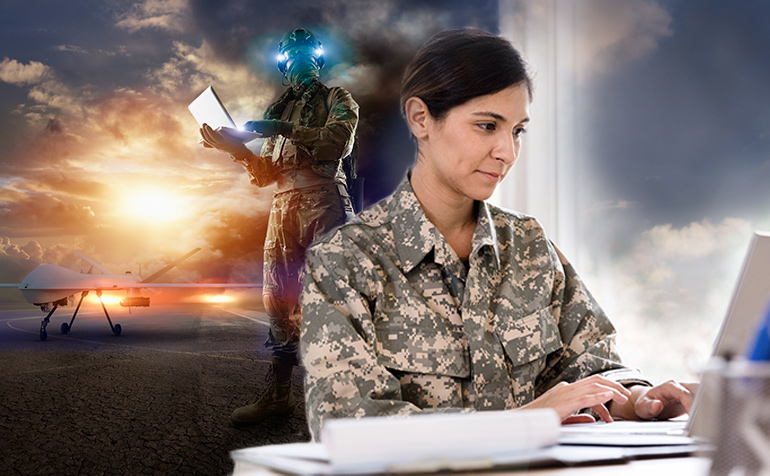 When the Australian Army was looking to ensure that their workforce was future-ready, they recognised the need to provide Australian soldiers with an intellectual advantage. Historically, the Australian military has not been able to rely on the advantage of size, and in the future, it will not be able to rely on the advantage of technology. However, a strategy formulated on intellectual and decision-making advantage has proven to be the sweet spot for Army, underpinning a new professional development program, COVE+.

QUT became a major contributor to this process when in mid-April 2020 it was announced that the Graduate School of Business/QUTeX was successful in winning the contract for the first year of development of COVE+.

Together with the Army, QUT co-designed a series of customised learning solutions across a wide range of topics, to provide a library of tertiary-level learning modules. The result is COVE+, a program that is 100% online and self-paced, enabling participants to tackle a broader range of complex problems through improving critical thinking skills for peace and war.

A key feature of the project has been the collaborative, honest, and respectful relationship between QUTeX and Army. At the recent pre-launch demonstration, 25 of the QUTeX team attended the event (virtually). The Director of Army Education, COL Fiona Curtis commented:

It was so nice to have you (QUT) there as part of the pre-launch and such a surprise to see the wider team participating as well – it really brought home what a team effort this is”.

We were privileged to work with Dan Keighran VC for the launch of COVE+. Dan was already familiar with learning at QUT as an EMBA alumnus (see more about Dan’s EMBA journey here) and commented that COVE+  is a great initiative and encouraged all to get involved and wished that he had had this opportunity.

COVE+ subjects include titles such as:

I am pleased to say it is, by far, the most professional looking package I have seen … and something I think both QUT and the Directorate of Army Education can be proud of.”
LTCOL Greg Colton, Lieutenant Colonel, Director, The Cove / SO1 Professional Military Education.

For the first 36 units delivered at the end of June, the content was developed by QUTeX subject matter experts, working closely with a learning design team to deliver state-of-the-art online units, applying adult learning principles. The strong internal and external review process ensured that the units meet with QUT’s high academic standards, as well as the Army’s future vision, and importantly, are engaging for the learners.

We think this is a great result.  We continue to receive positive feedback from various sources.”

Unlocking the potential of every member of the Australian Army

COVE+ has been designed to create an Australian Army workforce that is future-ready. Every unit has a bespoke @Work activity to provide contextual learning and reflection specific to Army. The strong co-design element with collaboration between QUTeX and Army especially relates to the unit learning outcomes and @Work activities, which are practical applications of the unit content contextualised for the Army setting. The core unit, Reflective Practice, provides the skills required for learners to undertake all other units. One participant commented:

If I was to be honest, initially I was a bit annoyed that I had to do it (Reflective Practice) because I wanted to get straight into doing a subject! However, that feeling soon subsided, I quickly realised the significance and the benefits of the unit ….it highlighted to myself that, until yesterday, I tended to ‘reflect’ subconsciously and not really do anything about it! After completing the unit I can already say that I am definitely more self-aware….I know that now I need to be more deliberate and make it a part of my routine to see the benefits of the process.”

The project team, including category leads, subject matter experts, and learning designers will continue to develop and deliver the remainder of the 70 units. In the meantime, QUTeX will be drafting its tender for the next four years of the project which will involve the development and delivery of an additional 350 units.

COVE+ is available at no cost to learners and is targeted at soldiers in the first 15 years of their Army service after which they typically attend military college for their specific military education.  All serving Army personnel have the opportunity to choose units of general learning to benefit their professional career as well as personal life, with subjects covering

The QUT and Australian Army collaboration will mean that Australia will be better prepared to outpace, out-manoeuvre, and out-think conventional and unconventional threats.  COVE+ will unlock the potential of every member of the Australian Army, both personally and professionally, to create a truly future-ready workforce able to operate in an era of accelerated warfare.

For more information about this project, contact Peter Anderson on +61 7 3138 1464 or email  pj.anderson@qut.edu.au

For more information about building customised learning for your team go to:https://www.qut.edu.au/study/professional-and-executive-education/get-your-team-future-fit-fast

Dr Peter Anderson has almost 30 years’ experience as an academic and practitioner in the health sector. He was a researcher and academic at the Cancer Prevention Research Centre and the QUT School of Public Health for over 16 years. His study and research crosses both biological and social sciences. He has presented research papers nationally and internationally and worked with colleagues in Europe and North America. Dr Anderson has also had senior leadership roles in several NFP’s, including Heart Foundation Australia, Cancer Council Queensland and Diabetes Australia. He has been CEO of Asthma Foundation Queensland & NSW and Open Minds Australia during significant transition. Peter has extensive media and communications knowledge and experience as a spokesperson in the NFP sector for many years, translating research evidence into community focussed messages. Dr Anderson has been an active member of the Public Health Association of Australia (PHAA), serving as State President and National Board Member (2006-2008) and is a Fellow of the Association. 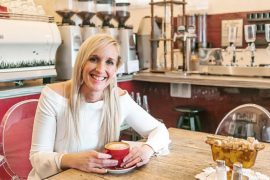 Create the change you want by changing the way you think 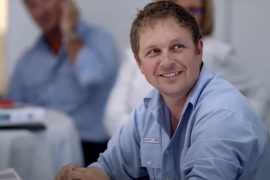 Inspiring leaders to be visionaries 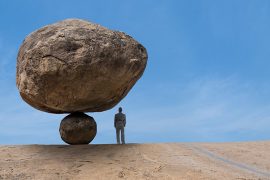