Public Value and the Future of Public Policy, in conversation with Hon Kevin Rudd 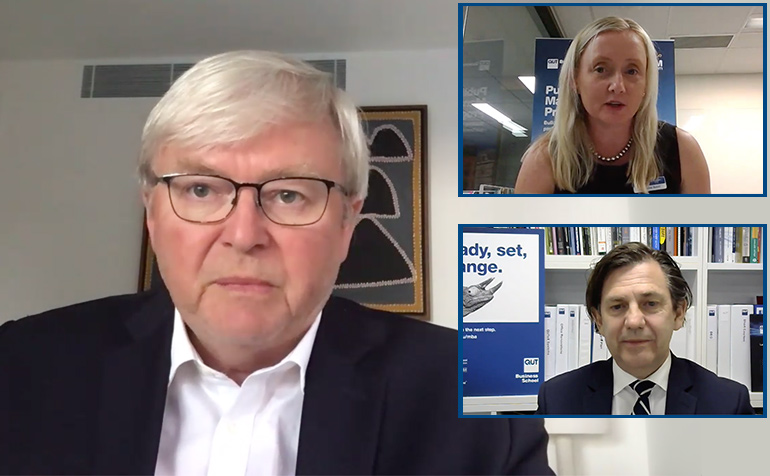 Dr Tony Peloso and I recently hosted a PSMP guest speaker webinar with the Hon Kevin Rudd, former Prime Minister of Australia, about the highlights and lasting legacies of the programs and strategies that he was able to achieve in his time as prime minister. The webinar also included approximately 120 current Public Sector Management Program (PSMP) participants from around Australia, who were encouraged to use this opportunity to ask questions of Mr Rudd.

Mr Rudd successfully led the Australian Labor Party to victory in the 2007 federal election after 11 years of in Opposition. While in office, his government set into motion major reforms in domestic policy areas such as health, education, industrial relations, social security and infrastructure.  When asked what the one achievement he was most proud of, Mr Rudd explained this was difficult for him to answer and gave the two which came to mind. The first was “securing Australia at the top global table (G20) and the second “The national apology and reconciliation of indigenous and non-indigenous Australians – closing the gap strategy”. He also led Australia’s response to the Global Financial Crisis, reviewed by the IMF as the most effective stimulus strategy of all major economies. Australia was the only major developed economy not to go into recession. On 13 February 2008, Kevin delivered the National Apology to the Stolen Generations in Australia and committed to ‘closing the gap’ between Indigenous and non-Indigenous Australians.

Mr Rudd shared his thoughts on public value, public policy as well as his personal reflections and stories of his time as Prime Minister. The discussion was highly relevant to the role the PSMP participants play as part of the Australian Public Sector.  With the PSMP having such a big focus on giving public value, this session gave valuable insights in helping these participants look at how they are going to add public value as they execute their roles. Mr Rudd advised the participants to “Go well in your public service careers. It’s really important for our country, go well!”

Watch the full webinar below:

Catherine is a Corporate Educator for QUT, teaching subjects in MBA and public sector management. She has a strong expertise in communication with a focus on its application for business technology. Her PhD research is on the role trust plays in artificial intelligence for ASX listed companies. Her aim is help ASX companies understand the requisite trust factors online when considering the application of artificial intelligence. 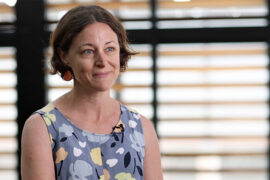 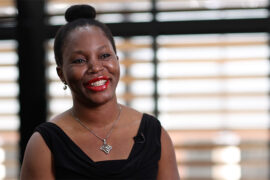 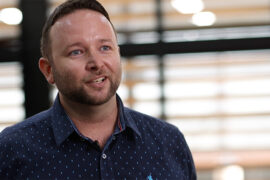