Do two wrongs make a right? The spiralling effect of incivility on our roads and at work 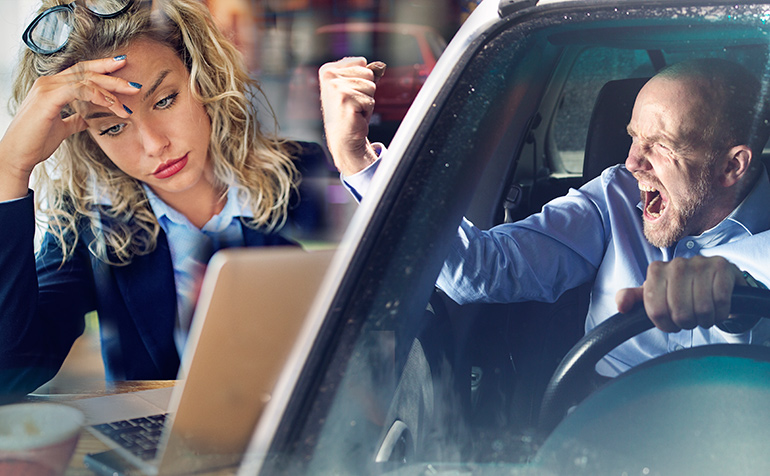 On Monday, May 11, two men were involved in what police describe as a minor road-rage incident just outside Woodburn, New South Wales. That minor incident ended up spanning five kilometres and culminated in the two men stopping their vehicles to engage in a physical altercation. While fighting, the two men were fatally hit by a passing truck. Two family’s lives have been irrevocably changed because of what began as a minor incident, not to mention the devastating impact the incident will have on the truck driver, first responders and witnesses.

While road rage incidents that result in loss of life are thankfully, uncommon, minor acts of driving aggression are a growing concern in Australia. Driver surveys consistently show that between 85-91% of Australians believe road rage is increasing or report having been a victim of it, yet somewhat paradoxically, many of these same drivers also admit they perpetrate minor acts of driver aggression (e.g., horn-honking, tailgating, and rude gestures) (AAMI, 2013; GIO, 2011; Shaw, 2016). As a social psychologist, I was intrigued by this paradox and wanted to understand why so many people seem to go from happy to Hulk in a matter of seconds when driving. So, I set about exploring the psychological processes involved in driver aggression as part of my PhD research.  I studied over 600 drivers to answer two questions: what sort of things make people angry when they drive (and why) and what are they trying to achieve when they respond aggressively?  I spoke with ABC North Coast’s Joanne Shoebridge after Monday’s tragedy to share what I found.

The most common driving events that made people angry aren’t surprising: poor merging, cutting off, and slow driving. But when asked to explain what it is about these events that makes them so infuriating, the responses were overwhelming:  because they are rude, disrespectful, and uncivil. As one of my study participants said: “I didn’t actually care that they cut me off or that their car was in front of mine, I was just so angry that someone would be so rude and selfish”.

Interestingly, when people were asked to describe why they responded aggressively to these events, or what they were trying to achieve with their aggressive response, drivers’ inner vigilante seemed to emerge. By and large, the motivation was to punish the offending driver, to teach them a lesson so that they will be more thoughtful, considerate and polite in future. However, it is well-documented in the psychological literature that drivers tend to overestimate their own skills, that people want to maintain a positive self-image, and that we’re prone to errors in attribution for our own and others behaviour (Lennon et al., 2011). We see ourselves as more competent and kind drivers than those around us. As such, having the horn honked at us, or the middle finger waved, isn’t viewed as a lesson to be more considerate. It is perceived as a rude, unjustified criticism, often retaliated to with its own aggressive response, instigating a ‘tit-for-tat’ cycle that can see minor and often unintentional incidents escalate into more serious events.

The escalating anger and aggression spiral stemming from incivility isn’t limited to the road: the same patterns are evident in the workplace, albeit with a different set of consequences. While incivility spirals on the road can result in death, they can result in toxicity and a plummeting bottom line when they occur at work.

Workplace incivility begins subtly: the colleague who plays with their phone while you talk, or the one who interrupts when you’re speaking. Perhaps it was the time a colleague forgot to give you credit on a collaborative project, or the time when someone offered you unsolicited feedback that wasn’t particularly constructive. All these acts are relatively minor, and often mistakes that aren’t intended by the person doing them to be rude. Yet for those on the receiving end who perceive they’ve been treated disrespectfully for no apparent reason, it feels unfair (Miller, 2001). Experiencing perceived injustice is a known antecedent for anger and aggression; a form a retaliation to balance the scales and right a perceived wrong.

While tackling driving incivility is a much more challenging task, there are several strategies that leaders can use to promote civility at work (Pearson & Porath, 2013):

Dr Lauren Shaw (PhD) is a Corporate Educator with the Graduate School of Business and QUTeX, and an experienced social psychologist/behavioural scientist, with specific expertise in understanding the psychological processes that influence behaviour in social settings, including in organisational settings. She is passionate about helping people to generate greater awareness of these processes so that they can enhance the quality of their social interactions in all areas of life. In addition to her academic qualifications and award-winning teaching experience, Lauren is a skilled and passionate researcher. She has an expansive knowledge and understanding of research methodology and data analysis, with a unique ability to be able to synthesise and convey complex information in a simple, straightforward manner. She is experienced with quantitative and qualitative research techniques, has undertaken complex research projects (e.g., multi-stage, multidisciplinary research), as well as process and outcome evaluation research. 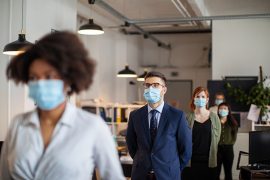 COVID-19: A Salutary Experience of VUCA 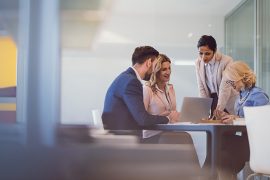 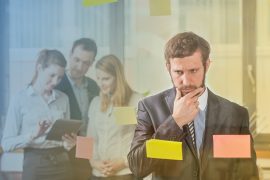 Learning to lead through global disruption: Getting comfortable with the increasingly uncomfortable