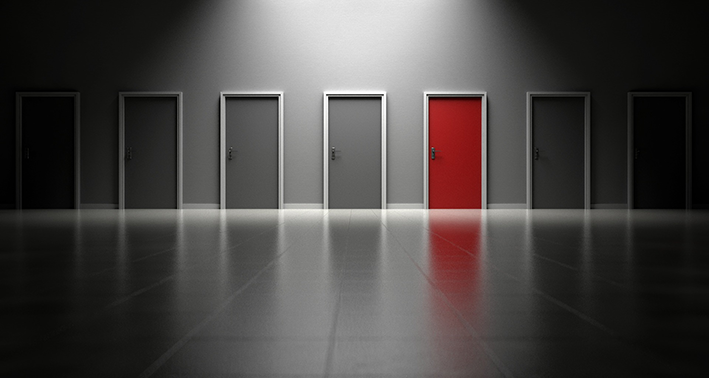 Typically, in the aftermath to an ethical failure, focus goes to the formal mechanisms that leaders have designed and implemented: codes, compliance frameworks and policy documents. Whilst these are important, the Hayne Inquiry proves that alone they are not enough, that it is the shadow culture of an organisation which is often most powerful in shaping ethical conduct.

The actions and decisions of the leaders of an organisation send signals. And over time, it is these signals that tell employees what the organisation really values. Overcoming the fact that “things have always been done this way” requires intentional, ethical leadership where Thinking is Compulsory.

The following article by my colleague Peter Pearce was first published in 2013, but given our current ethical landscape in Australia, it is as relevant as ever…

If you have a leadership role at work, thinking is compulsory. An odd assertion that perhaps causes you to wonder so what, but this is a matter for care and attention.

You can see the consequences of this in the bewildered faces of church leaders facing enquiry after enquiry with their truly pathetic defence of, “I followed the process”. You can see it in the barely suppressed anger of mining executives losing the political fight for development when they know they have followed the prescribed process and complied with all laws. In both cases there is evident absence of leadership thought and individual engagement with decision making. If following the process and black letter compliance is leading to a bad result, the leader must intervene.

It would seem that some leaders have lost the ability to look forward and see the impending bad result, and for those leaders uncritically following the process and black letter adherence to the prescribed compliance regime is some kind of refuge. But no more. We live in a connected age where those that are affected by the bad outcome can quickly garner support, build social and political momentum and ultimately, make you pay for your lack of foresight and absence of engaged leadership.

Ethical leadership is an engaged practise grounded in firm principles but situational in practice. That’s why you must think. A well defined process and the best intentioned compliance regime simply can’t predict the variations that emerge across the full array of human situations. To accommodate that complexity you must think deeply about the particulars of each situation, reflect on ethical principle and the requirements for compliance, and then engage with the process intelligently. Doing so won’t guarantee that you and your organisation don’t get into trouble when controversy erupts but it will reduce the incidence of controversy and you will get more latitude in the public mind if you are seen to have acted in good and full conscience. Oh, and the social consequences of your actions might be improved as well.

A further big risk of unthinking leadership in the age of compliance and process is that presented by the gamer. An inevitable consequence of fully defining prescribed processes and the elements of compliance is that some will use their knowledge of these rules to improperly advance their personal cause. These are the process and compliance gamers. If you have lived in a contemporary organisation for any reasonable length of time you will have encountered the gamer. That person who everyone in the lunchroom knows is crooked but whom leadership seems to generously reward because of their ability to always appear to be doing good. They know the rules and structure everything they do to come out on top, and even when things go sour they know their game and are able to make it near impossible to pin them down until well after they have moved on – often with full pockets – and leadership is left scratching its collective head wondering what happened there.

The gamer can only thrive when leaders fail to engage intelligently, when leaders fail by subordinating their intellect to the process. When this happens the inhabitants of the lunchroom have their faith in the organisation diminished and their belief in the dimness of leadership reinforced. This is destructive for culture, productivity and innovation and it makes good people feel bad. All other things being equal, an organisation can’t advance in these circumstances. It’s the engaged leader’s job to make sure this doesn’t happen. Thinking is compulsory and, in these cases, it’s critical thinking that is especially called for.

So if you have charge of an organisation or some part of one, think about what you are leading and use that thinking in deciding day-to-day on that which constitutes appropriate action. Your suite of processes and compliance matters can guide you but not replace you. Your relationship to your stakeholder base depends on the evident integrity of day-to-day actions and decisions. Your relationship with your people depends on your evident thoughtfulness, engaged intellect and apparent care for that which is honestly earned and deserved. Satisfying these dependencies relies on you engaging your faculties and being seen to lead for that which is good and proper.

Dopey, uncritical adherence to process and compliance can’t meet the need for leadership. Do enough of it and you’ll end up embarrassed only in front of the lunchroom if you’re lucky but if you’re not, maybe getting shouted at in an angry public forum or humiliated before the public enquiry. And you’ll have earned the embarrassment. Thinking is compulsory.

Upon reflection: If the ideas expressed here have triggered useful thoughts, try the following suggestions and see where you get. Thinking about a recent major process outcome from your patch:

Reproduced with the permission of author Peter Pearce https://workethicsblog.wordpress.com/

Melinda was a Litigator, Professor of Law, Assistant Dean and Managing Director of her own business before joining QUTeX as a Professor of Practice. She has custom-designed corporate education programs for a range of sectors including mining and resources, the legal and medical professions, government, banking and NGOs. She also has extensive international experience including projects in Bhutan, Myanmar, Thailand, The Czech Republic and Papua New Guinea. Melinda teaches Negotiation, Leadership and Business Law in the Graduate MBA and EMBA programs, is an Executive Coach and also leads the Ethical Leadership in Practice Series for QUTeX. 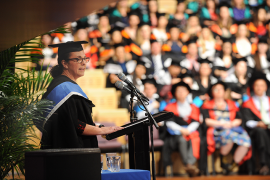 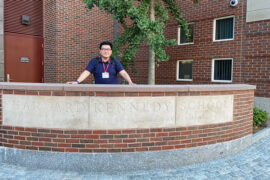