The most recent TEDxBrisbane event was held last Sunday, 9 December with the theme of “What’s Next” and QUTeX was a major partner. In true TEDx style, the speakers were inspiring, the participants were excited and the advocates were amazing.

The event had a strong level of representation from QUT, with students, alumni, and staff involved at all levels. Speaking personally, it was an awesome, and exhausting day.

“QUTEx actively supports the professional development of our team and our speakers, providing us with access to high-quality meeting rooms with essential digital technologies that allows speakers and team members from around Australia to tune in, rehearse and attend development meetings.

“But their impact extends even further. By hosting the TEDx Australia Regional Organisers Workshop on campus, they help TEDx organisers from around Australia come together to share our knowledge skills and experience, developing our skills to deliver better TEDx events to communities around Australia,” Ms Wheeler said.

Two of the speakers, we are proud to say, are current QUT QUTeX staff, Dr John Bensley and George Hickey. They presented their idea for turning Brisbane City’s abundant and underappreciated public artworks into a team building activity used in the E/MBA.

The QUTeX activation space featured researchers from across QUT, filmed with a 360-degree camera in their work environment and viewed on VR headsets.
The researchers were interviewed about their work on understanding the brain and included:

The full interviews can be viewed below – don’t forget to “look around”.

What is particularly special about this TEDx event, is the organiser, Juanita Wheeler, a QUT EMBA graduate. In her TEDx talk (now viewed over 7,000 times), Juanita very publically outlines how participating in the Executive MBA program utterly transformed her motivation to “change the world”.

Following a leadership coaching session, Juanita realised that her financially rewarding global marketing role was completely unfulfilling. The video goes on to describe how, shortly after finishing her Executive MBA at QUT, she established her own profit-with-purpose organisation geared towards helping other non-profits to operate effectively.

Since then she has been awarded the license for TEDx Brisbane (recently ranked as one of the top band of TEDx events worldwide) and is the 2018 recipient of an Atlantic Fellowship based on her work around systemic funding issues in the NFP sector.

It is inspiring to see how the EMBA has helped reshape her future.

This inspiration is now even more accessible with the release of the QUT Digital MBA, in addition to our existing triple-accredited traditional on-campus MBA and the Executive MBA (EMBA), which was named last year by Australian Financial Review’s BOSS magazine as the number one EMBA in the country.

Glenda works with QUTeX Professional and Executive Education creating business communications to promote short courses, professional development and executive education. A designer with a strong advertising and business background, she has worked at GSB since 2012, coordinating adult training programs. Her particular interest is designing visual communication to enhance education. Prior to working in education, Glenda ran a graphic design studio as creative director/designer working in web design, app development and various advertising campaigns across Australia. 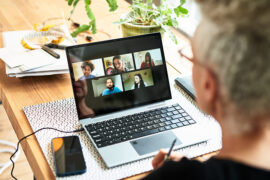 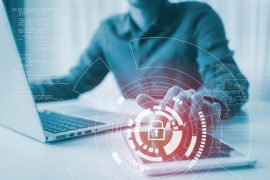