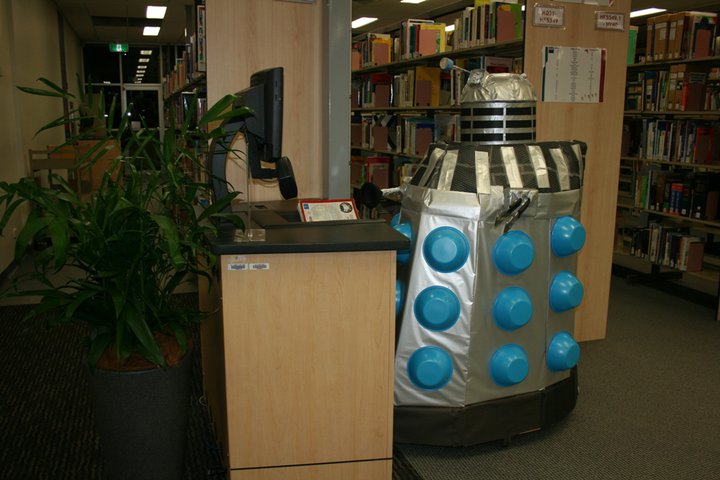 There were bleary eyes on Sunday morning as the dedicated fans of ‘Doctor Who‘ set their alarms for the 4:50am (Australian EST) premiere of the much awaited 8th Season. There is a much anticipated new Time Lord in town – the 12th incarnation- and there has been much speculation and chatter as to how Peter Capaldi will fit the shoes left behind by the much loved Matt Smith.

A Dalek may, or may not, have been spotted in the QUT Library using the self check-out machine to borrow books and DVDs (see above) or perhaps it was a mere hallucination of the sleep deprived?

If you’re new to this ‘Doctor Who’ business here’s some quick facts for you:

So, catch up on previous Seasons available through QUT Library and get hooked. You’ll be a Whovian in no time!