What is Academic honesty? You might have heard it referred to as plagiarism or cheating, at QUT we have a huge pile of resources to help you give credit where credit is due and be authentic in your studies. 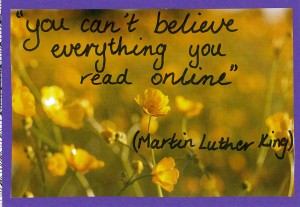 So what do you do if you have a whole bunch of great resources you want to use in your assignment? First off, it is great that you have found some resources relevant to your assignment but remember to have a good look at what your source is and where it came from. You want to use good quality information to back up your ideas and arguments. So make sure you don’t quote any information you haven’t verified! 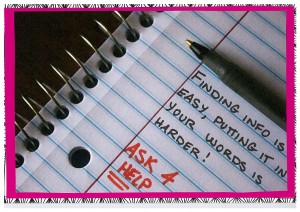 Next, you need to work the information into your assignment. You do this by direct quoting, summarising or paraphrasing their work. Remember, direct quotes should only take up 10% of your word count. Paraphrasing is the hardest but recommended. It is worthwhile aiming for as you can demonstrate your own understanding and show off your critical thinking skills! How to Paraphrase will give you some helpful tips so that you can put your best foot forward.

The final step you need to make is to acknowledge the work of the people whose resources you think are awesome have used in your assignment. Referencing or citing another person’s work is really important and there is loads of information about how to do this on QUT CiteWrite.

To avoid plagiarism make sure you reference and give credit to those who have come before you. And don’t forget, pictures and music need to be referenced too!

Need more help? Come and see us at the Library Help desk. No appointment needed. 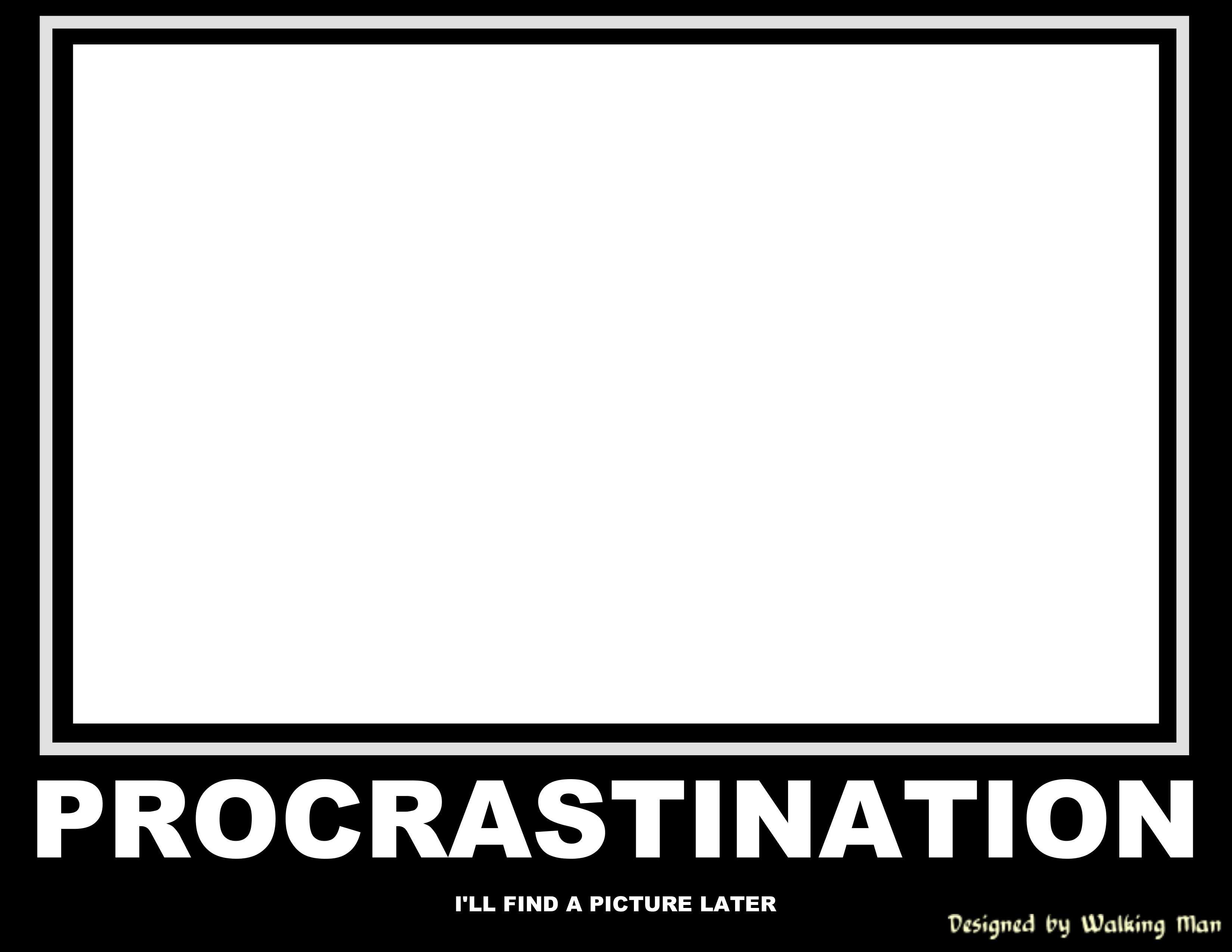 Sorry procrastinators and those who thrive on the adrenaline rush of last-minute essay completion – the results are in and it’s not good news. A study out of the University of Warwick Business School has shown that students who hand in assignments at the last minute face a five per cent drop in marks when compared with those who submitted 24 hours or more before it was due.

The paper, Time of submission: An indicator of procrastination and a correlate of performance on undergraduate marketing assignments, which was presented at the European Marketing Academy conference investigated 504 first-year students’ and 273 third-year students’ end of term assignments

Work handed in ahead of schedule was far more likely to be awarded a distinction than work not handed in until much closer to the deadline. The average mark dropped by the hour until those handing in the paper at the last minute produced the worst results. Those that literally handed work in at the last minute could see as much as a five per cent drop on score, from 64.17 to 59.00 — taking them a whole grade lower. So what can you do about your procrastination habit?  How do you stop yourself from meandering into the depths of pointless activities, random hobbies (not that there isn’t value in knowing how to knit) and delaying the inevitable task ahead?

It’s all about time management.

Also, check out our related QUT Library Blog post Writing great Assignments for more tips and save the knitting until semester break. 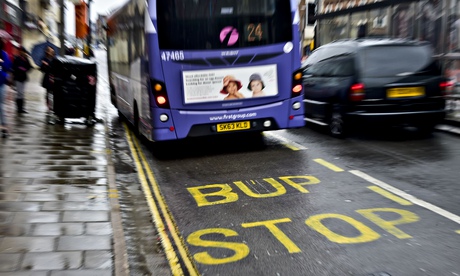 Bup? Really? Anyone who saw this picture in the media last week would have been incredulous at how on earth these sign writers managed this spelling absurdity: ‘Bup Stop’. Read the full story here.

Still, it does prove how easily spelling and grammar mistakes can slip through unnoticed. Your spelling mistakes are unlikely to trend on Twitter of course but the consequences and damage to your marks can be high.

Whereas editing looks at the ‘bigger picture’ of your writing: structure,style and task requirements, proofreading drills down to the finer points: spelling, grammar, word choice and punctuation.

Here are some key tips for proofreading:

You can read more on the Editing and Proofreading on QUT Library’s Studywell. 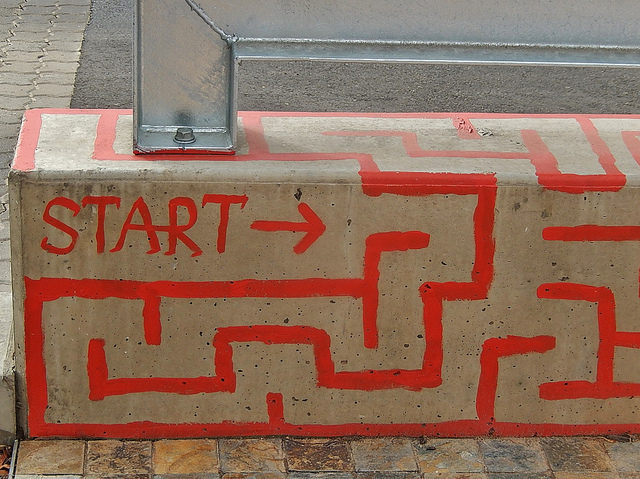 The secret to writing great assignments is all about how you begin and end the process. Take the time to plan and edit to make your writing clear, logical, relevant and … great!

Edit and proofread by asking  these five important questions:

For any help with writing assignments, come and see us at Study Solutions!

It is easy to get confused about the difference between literature reviews and essays because these two writing structures can be based on the same research.  However, the main difference is on where the emphasis is placed.

The purpose of an essay is to use what is known about a subject to prove an argument or point of view.  Not all of the knowledge of a topic may be used in an essay, but only what is relevant to the argument.  In an essay, mentioning the people who discovered or developed the knowledge is generally only for referencing purposes.

On the other hand, a literature review is designed to be a critical analysis of all the knowledge that has been discovered about a subject.  Its purpose is to examine all that others have already discovered about the subject and the researchers working on the subject are considered to be key.

At a sentence level, one way to emphasise a particular aspect of a subject is to place that aspect at the beginning of sentences and paragraphs.

In an essay, where the focus is on the knowledge itself, it is put to the front of sentences.  For example:

Playing computer and video games have risen dramatically in popularity.  It is estimated that three billion hours of gaming are played globally each week.  The major reason for this is because players are able to tap into a high level of emotional satisfaction that is difficult to experience in everyday life (McGonigal, 2011).

However, in literature reviews what is considered to be more important are the authors and researchers who found or developed the information.  Therefore they appear at the beginning of sentences.

Jane McGonigal (2011) estimates that three billion hours of gaming are played globally every week.  Her research suggests that the major reason for this is because players are able to tap into a high level of emotional satisfaction that is difficult to experience in everyday life.

Your grades are important. Your time is precious. Are you ready for extreme study?

Time management, reading, notetaking, researching, writing, referencing, teamwork, presenting and exam preparation … Studywell has something for you just when you need it most.

With practical study tools, guides, videos and links to useful resources, Studywell is your one-stop shop for academic success.

Go on. Get your edge. www.studywell.library.qut.edu.au 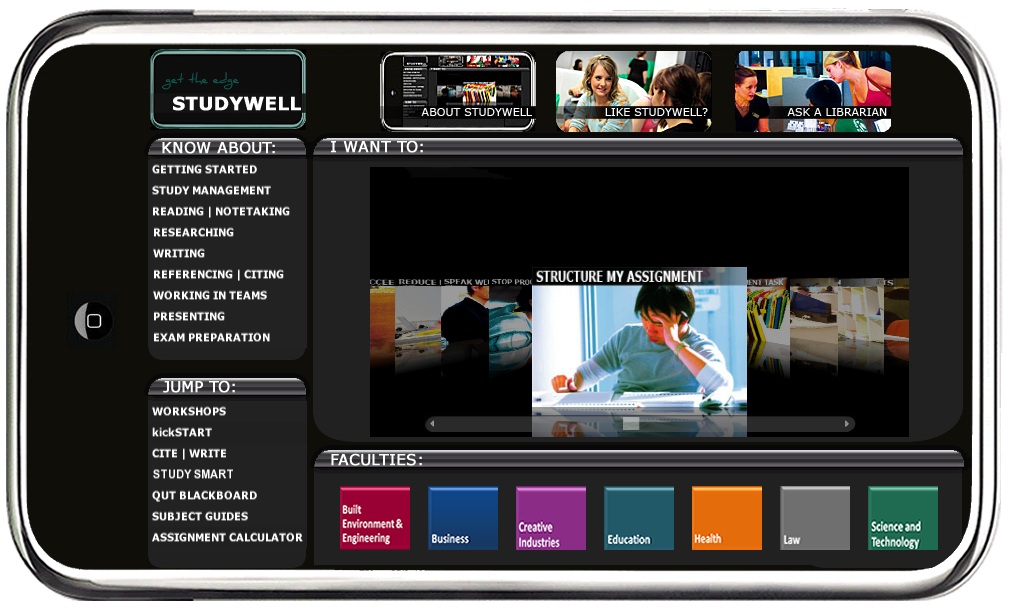 Reading over your assignment for the millionth time? Suspect there are mistakes you just can’t see? Aiming for an excellent communication mark or to highlight your professionalism?

Studywell provides some tips and tricks to make checking over your assignment more effective. Here are some examples of what we’ve found the most helpful: 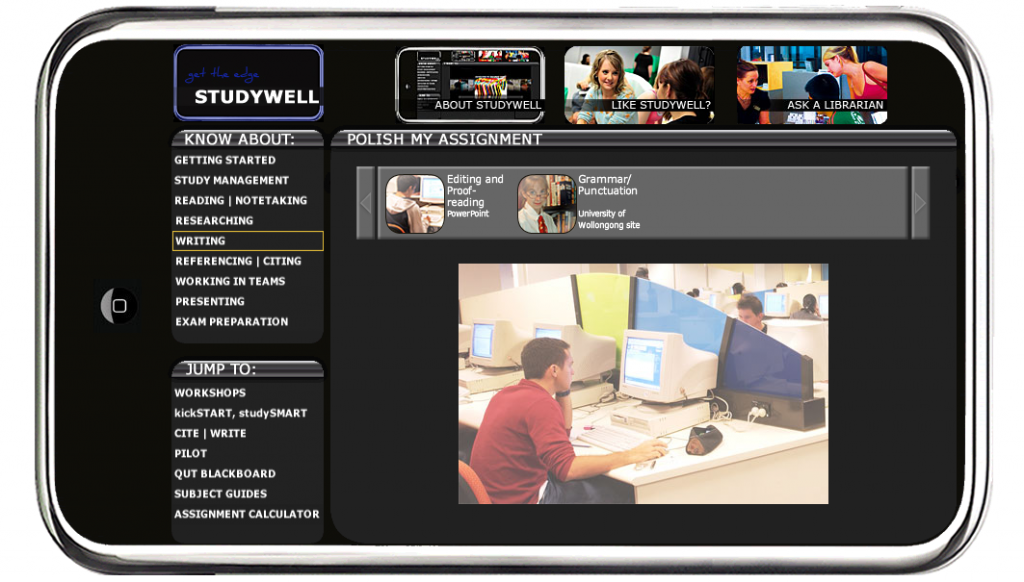