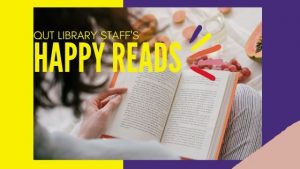 QUT Library staff are sharing some recent reads that made us happy.

Emma: Reading in the Brisbane Lockdown

In lockdown at home for 3 days, when I was planning to visit Sydney and leave the state for the first time in almost a year, has helped me get back into reading during our long warm summer. 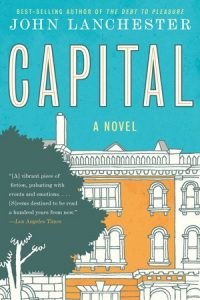 I’m currently enjoying “Capital” by John Lanchester – a novel set among the residents of a London street during the Global Financial Crisis of 2008 – all of whom start getting postcards with images of their front door and the words “We Want What You Have” but over time becoming more aggressive. It’s a humorous novel about modern London – a very multicultural city and one that revolves around money and aspiration.  There’s a large cast of characters including a wealthy financier and his wife – who earn and spend a fortune, the three Pakistani British brothers running the newsagent and their formidable mother, the much-disliked but beautiful traffic warden who is a refugee from Zimbabwe, a young Senegalese football genius beginning his career, an older woman who has lived in the street all her life from before it became posh – her grandson appears to be an anonymous and provocative artist (a little like Banksy) and the pragmatic Polish builder who is unlucky in love but yearns to buy his father a better life. 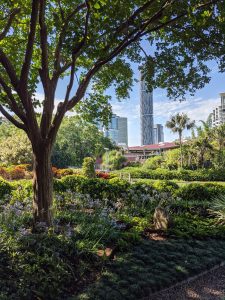 I enjoy books that give me sense of a people living in a time and place – be it a city, forest, or country. And with none of us getting to move around that much, this is the best way to experience other lives and locations. This novel is a particularly pacey and enjoyable ride and I’m hoping to track down the BBC TV Series when I’ve finished.

A gift from Secret Santa: The Wife and the Widow, written by Christian White 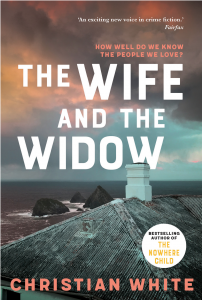 Dear Secret Santa, thanks for giving me “The Wife and the Widow” for Christmas. Sorry, Santa! I must admit I finished reading it before Boxing day. I know I am not a good boy but I just couldn’t wait.

Dear Secret Santa, you must have already known that I am a diehard fan of detective stories. Since the use of DNA in crime investigation, however, most detective stories have become boring. DNA kills detective stories in a day and age where the masterful theories and deductive reasoning of the greats, Doyle’s Sherlock Holmes and Christie’s Poirot, are relics of the past. Luckily, “The Wife and the Widow” is an alternative detective story. It’s more about human nature, about moral decision making, rather than high-tech crime scene investigation. But it doesn’t mean it misses out on any of the fun which traditional detective stories should have.

Dear Secret Santa, do you know that Christian White successfully misled me, an experienced detective…story reader? He’s so clever in how he unravels the case. But he cheated! He made a fool of me. I was very surprised when I found out the wool had been pulled over my eyes.

Dear Secret Santa, I just want you to know that when I came to about two-thirds of the book, I got stuck on a paragraph. Hey what happened…this doesn’t make sense, it doesn’t match my own inferences…Oh, no it could not be…Ah! that’s it…so THAT’S the motivation for killing…So…the murderer should not be… It was an ecstastic moment!

Dear Secret Santa, you must be thinking that I am exaggerating the impact of this book. Well, there’s only one way to find out.

P.S.: I am counting down the days to Christmas again