Today we celebrates acceptance, tolerance and opening up our hearts and communities to refugees everywhere as it is World Refugee Day. 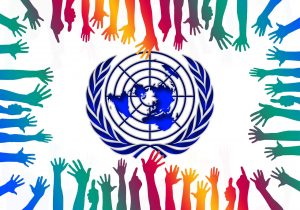 Communities around the world have been celebrating refugees on special days for many years. However, it was in 2000 that the United Nations officially noted that 2001 would mark the 50th anniversary of the 1951 Refugee Convention that specifically related to refugees’ statuses. It was decided that this would be commemorated by having an annual celebration for refugees. Its date would coincide with Africa Refugee Day on the 20th June as Africa Refugee Day was a long standing celebration that had been adopted by several countries already.

QUT Library has a plethora of resources about refugees. Why not check out some of our books and videos currently available like –

To find out about World Refugee Day activities happening in Brisbane visit MDA and follow #worldrefugeeday on Twitter.