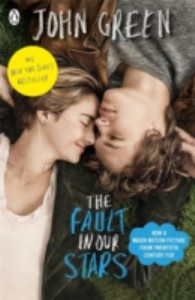 The Fault in Our Stars

The release of the film adaptation of John Green’s super popular The Fault in Our Stars has reignited the always controversial debate – is it better to read the book or see the film first? We have a bunch of books and their film adaptations at the Library, so which ever way round you do it why not read the book and see the movie during the mid-year holiday? We have something to suit most tastes.

Carrie book / movie
Carrie, a shy high school girl uses her newly discovered telekinetic powers to exact revenge on those who bully her. A horror classic.

The Virgin Suicides book / movie
The dreamy and haunting tale of the enigmatic Lisbon sisters. The five girls fascinate their community, especially a group of adolescent boys who attempt to piece together their story.

The Hunger Games book / movie
In a dystopian North America, children are forced to participate in an annual televised death match known as The Hunger Games. Great for dystopian YA aficionados.

The Silence of the Lambs book / movie
FBI trainee Clarice Starling seeks the help of brilliant psychiatrist and cannibalistic serial killer, Hannibal Lecter to track down and apprehend another serial killer known as Buffalo Bill.

Atonement book / movie
Explores the consequences of a young upper-class girl’s half-innocent but ultimately life ruining mistake. Great if you feel like having a bit of a cry.

So what do you think? Let us know your preference in the comments.