The Australian Constitution, Section 116 and the relationship between religion and the state

Senior Lecturer Dr Alex Deagon, along with Dr Benjamin B Saunders (Senior Lecturer at Deakin University), has written an article for the forthcoming issue of the Melbourne University Law Review. The article, Principles, Pragmatism and Power: Another Look at the Historical Context of Section 116, examines the historical and theological background to the recognition of God in the preamble to the Australian Constitution and the insertion of Section 116.

The purpose of Section 116 of the Constitution of Australia, and how it should influence the relationship between religion and the state in Australia, is an emerging and important area of scholarly debate.

Section 116 of the Constitution of Australia states:

In their article, Deagon and Saunders conclude that section 116 cannot be plausibly understood as intended to establish a separation between religion and the state, or intended to guard against the influence of religion.

An advance version of the article by Deagon and Saunders (Principles, Pragmatism and Power: Another Look at the Historical Context of Section 116) is available online from the Melbourne Law School at the University of Melbourne. 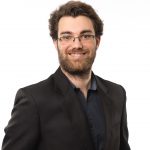 Alex’s expertise includes theories of law, law and theology, and freedom of religion, and his research has been published in many prestigious national and international journals.

You can learn more about Alex and his research and publications in his staff profile. 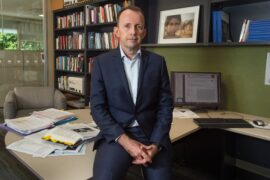