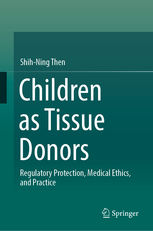 relatively common in medical practice, the participation of children as donors raises ethical, legal and practical issues due to the vulnerability of children in this context.

In recent years, a growing body of literature concerning the clinical experiences and outcomes for child donors has emerged. This book adds to this by examining another dimension – the regulatory frameworks at play. It examines the ethical arguments for and against children acting as tissue donors and provides an original analysis of the legal and non-legal regulatory frameworks governing children’s participation in the United Kingdom, United States and Australia. 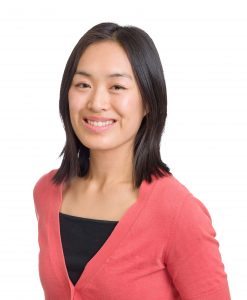 Shih-Ning’s research interests include issues in healthcare faced by groups traditionally considered as vulnerable in society who have often been denied a ‘voice’, including children and adults with decision-making difficulties. Shih-Ning is an interdisciplinary scholar who works with clinicians, ethicists and social scientists in her research. She is the recipient of competitive grant funding and is currently a member of the Australian National Health and Medical Research Council’s Organ and Tissue Working Committee.

Learn more about the Australian Centre for Health Law Research at QUT .