Dr Rowena Maguire and Dr Hope Johnson from the Faculty of Law are currently working with Dr Manuela Taboada (Design), Associate Professor Leonie Barner (Polymer Chemist) and Dr Glenda Caldwell (Design) on a transdisciplinary project funded by the Institute of Future Environments at QUT which aims to design out plastic waste. They will be launching an app shortly, which individuals can use to track their plastic waste. 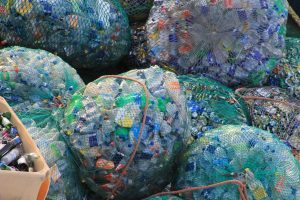 In this blog, Dr Rowena McGuire and Dr Hope Johnson review single-use plastic waste policy in 2018 and discuss what 2019 will hold in store.

As Stephen Buranyi recently observed ‘Plastic is everywhere, and suddenly we have decided that is a very bad thing’. While the science on the impacts of plastics on marine life has been clear since the 1980s society has, until recently been happy to look the other way on our throwaway culture. This culture of convenience generates significant plastic waste, most of it arising from food packaging and most of it going directly to landfill. Once in landfill, our products of plastic convenience will continue to live on past our own life with plastic bags taking between 10- 1000 years to breakdown and plastic bottles taking 450 years or more to break down. The regulatory framework for addressing waste is referred to as the Circular Economy. The Ellen MacArthur Foundation identifies three principles of the circular economy: 1) design out waste and pollution; 2) keep products and materials in use, 3) regenerate natural systems. Historically, political support and leadership for laws encouraging reduced consumption and production have been generally low, due to our economic structure which depends upon the over-production and consumption of products. More recently, however, governments have started to embrace circular economy type initiatives due to the escalating costs of managing the waste from our throwaway culture.

Single-use plastic regulation around the globe in 2018

2018 marked a turning point for plastic pollution and for sustainable consumption more generally. The European Commission, the UK and local towns and provinces around the world banned, or announced an intention to ban, certain single-use plastic products. Maharashtra in Mumbai, India’s largest city with a population of 18.4 million, introduced criminal sanctions for manufacturing or selling a broad range of single-use plastic bags, plates and takeaway food containers.

2018 saw Chile ban retail businesses from using plastic bags. The theme for World Environment Day 2018 was “Beat Plastic Pollution”, which was paired with the release of the first ever UN report on the state of plastics and the governance required to curb plastic use. While China, which had imported an astounding 45% of plastic waste imports since 1992, restricted its imports of plastic waste products sending shock waves through public and private sectors in over 100 countries.

Supermarkets for the first time introduced “plastic free” aisles. Under the threat of government regulation Australian supermarkets voluntarily phased out light-weight plastic bags leading to an 80% decline in plastic bag use nationwide. The past 12 months have seen a distinct rise in the number of transnational companies restricting plastic straws from the likes of Starbucks, Disney and Ikea.

Closer to home, New Zealand has been phasing out single-use plastic shopping bags. Queensland introduced a ban on single-use plastic bags and a container-deposit scheme leaving NSW as the only state in Australia without regulations or plans to reduce plastics.

State and federal ministers in Australia agreed to a new 2018 National Waste Policy and the Senate Environment and Communications Reference Committee, released its report into Australia’s regulation and management of waste and recycling which emphasised that waste policies need to be based on waste reduction (i.e. preventing the creation of waste in the first place).

Early developments in 2019 suggest that governments are going to ramp up action on plastic waste with Vanuatu pledging phase out of disposable nappies, plastic cutlery and packing such as netting and clamshell cases by December 2019. Vanuatu and Costa Rica are racing to ban all single use plastic by 2021.

Government support for the circular economy is also growing at home with the Queensland Government announcing the establishment of Australia’s first Circular Economy Lab which aims to support innovative projects to change the way we think about material, resources and waste in Queensland. And the Hobart City Council in Tasmania has just voted in favour of introducing a by-law banning all single use plastics by 2020 (the ban covers cutlery, sauce sachets, straws, takeaway cups and lids). 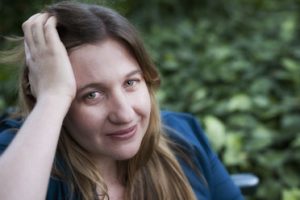 What is propelling this regulatory action?

Individuals interact with plastic everyday. Its tangibility and its visibility, even to urban populations, separates it from other global environmental issues like climate change or soil desertification. Moreover, single-use plastics, unlike other resource intensive and environmentally persistent products, have alternatives that are, generally, widely accessible. Reusable bags and cups, for instance, are a well-recognised means through which individuals construct their self-identity as a compassionate person and communicate their membership into particular social groups such as those that hold environmental values. The War on Waste captured national attention and put our shameful waste practices under the spotlight. This show galvanised action by community groups and schools to tackle waste. Social media is also playing a role in making waste a visible problem by distributing disturbing images of plastic pollution harms across various social media platforms.

In addition to the tangibility and visibility of the plastics problem there are two other factors propelling regulatory reform on plastics: shifts in the international trade of waste; and growing scientific warnings over the harm of single-use plastic on our environment.
The China Plastic Ban of 2018 stopped the importation of mixed plastic products from entering China. Mixed plastic makes up the bulk of plastic packaging in Australia and has left local governments in Australia stockpiled with plastic waste, which is destined for landfill until alternative recovery pathways or new markets for mixed plastic emerge. Local governments remain under pressure from their constituents to pay for recycling onshore, but do not have capacity to pay for recycling of all mixed plastic waste.
Scientists lament that we have not only plastified human life, but we have also plastified the life and death of marine animals. The US Academy of Sciences estimates that 6.4 million tons or about 5% of all plastic produced ends up in the ocean. Plastic harms all marine life, including whales, turtles and seabirds, when ingested, either by physically blocking the gut of these animals or as a result of the containments within the plastic poisoning the animals. 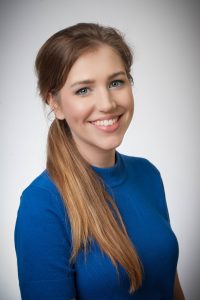 Plastic bag bans and other kinds of regulatory interventions reinforce and strengthen plastic reducing norms. The relationship between these factors is non-linear, and their relationship to legislative restrictions or bans varies depending on context. Regardless, the anti-single-use plastic movement shows that where leadership and public pressure are strong, regulation to reduce consumption and production of unstainable products is possible.

If you want to know more about Dr Rowena Maguire and Dr Hope Johnson’s research search their staff profiles.