In September 2021, the Queensland Parliament passed the Voluntary Assisted Dying Act 2021 (Qld), becoming the fifth Australian state to do so after Victoria, Western Australia, Tasmania and South Australia. 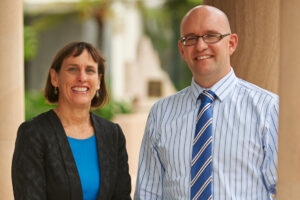 Professors Ben White and Lindy Willmott (pictured), from QUT’s Australian Centre for Health Law Research, played a key role in supporting debate on this law and its ultimate passing. Their work began in this field almost 20 years ago with a survey of how Queensland politicians would exercise their conscience vote on voluntary assisted dying (VAD). Last week, two-thirds of MPs in the Queensland Parliament cast that vote in support of reform.

While Willmott and White’s work has been influential across debates about VAD in all Australian states that now have such laws, their contribution has been most significant in Queensland. Their research was relied upon and adopted at each stage of the Queensland law reform process.

This began with the first Parliamentary Committee inquiry, the report of which recommended enacting the Voluntary Assisted Dying Bill that White and Willmott had drafted. Recommendation 1 in that report stated: “The committee recommends the Queensland Government use the well-considered draft legislation submitted to the inquiry by Professors Lindy Willmott and Ben White as the basis for a legislative scheme for voluntary assisted dying.”

The Queensland Law Reform Commission was then tasked with developing the legislation that would ultimately come before the Parliament, and it also relied heavily on the research of Professors Willmott and White. The Commission’s report referred to what it termed the “White and Willmott model” (their Voluntary Assisted Dying Bill) over 450 times and key parts of the Commission’s Bill also drew on their wider research.

An example is novel provisions regulating institutions that object to patients accessing VAD on their premises. White and Willmott’s research (with colleagues Eliana Close and Jocelyn Downie) was the first in Australia to raise this issue and urge it be dealt with in legislation. This prompted the Commission to consider this issue and wording from their article that recommended reform is adopted in the final Bill.

The Commission’s Bill was then reviewed by a second Parliamentary inquiry with the Chair of that committee, Aaron Harper MP, specifically acknowledging: “Professors Ben White and Lindy Willmott, for their expertise in providing evidence‐based research in relation to voluntary assisted dying”.

The final stage in this almost three-year process was for Parliament itself to consider the Bill. In passing the Bill, 14 MPs from all sides of politics expressly referred to Willmott, White or their research in their second reading speech. Some MPs expressly adopted the approach that Willmott and White proposed for MPs to deliberate on this issue.

Their contribution to VAD law reform in Queensland was recognised by the Deputy Premier, Dr Steven Miles MP, who had carriage of the Bill on behalf of the Government:

“I want to thank Professors Ben White and Lindy Willmott from the Australian Centre for Health Law Research and their fellow end-of-life researchers for their commitment to providing measured, evidence-based research on voluntary assisted dying and their support to lawmakers over an almost 20-year period.” 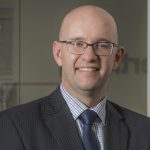 Ben’s research has had significant impact leading to changes in law, policy and practice. His work has been adopted by parliaments, courts and tribunals, and law reform commissions and has also influenced State and national end-of-life policy and prompted changes to clinical education in universities, hospitals, and health departments. 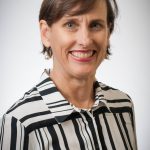 Lindy’s research has had significant impact leading to changes in law, policy and practice. Her work has been adopted by parliaments, courts and tribunals, and law reform commissions and has also influenced State and national end-of-life policy and prompted changes to clinical education in universities, hospitals, and health departments. 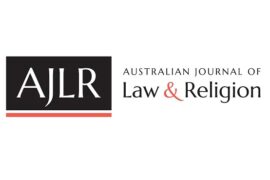 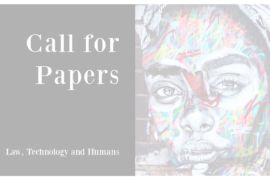 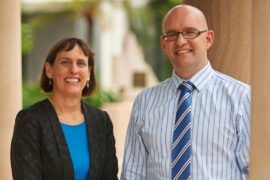