A new issue of Law, Technology and Humans has been published.

Volume 4(2) includes articles from the symposium Jurisprudence of the Future.

These contributions bring together science fiction, justice and law: Folúkẹ́ Adébísí uses examples of Black science fiction and Afrofuturism to address inequalities of race in the present. Rostam Josef Neuwirth considers the relationship between time, science fiction and law, tracing the human need for prediction, anticipation and longing for the future. Moving away from time and towards hypotheticals, Alex Green explores the utility of dystopian counterfactuals in political theory and particularly the political project of liberalism. Kritika Sharma’s article addresses the conceptual overlap between Marvel’s ‘What If?’ comics and the widespread use of ‘Feminist Judgment Projects’, while Zoe Tongue’s work shifts the focus from general conceptions of law, justice and science fiction to a more focused exemplification of these processes in action. Claire Williams focuses on foundation models of AI and the biases encoded within them, Paul Burgess questions how cultural anxieties around AI may alter our perception of the rule of law. Finally, Craig Newbery-Jones considers the role of science fiction in the academy. Newbery-Jones exhorts us to see science fiction as a form of public legal education.

General articles include an examination by Salvatore Caserta of the state of the art of the digitalization of law firms in Denmark and Italy, two Continental European countries often understudied in terms of the sociology of the legal profession. From the University of Toronto, Anna Su considers the benefits and pitfalls of international human rights law as a component of artificial intelligence (AI) governance initiatives. Samuli Haataja reviews This Is How They Tell Me the World Ends: The Cyberweapons Arms Race by Nicole Perlroth.

About Law, Technology and Humans

Law, Technology and Humans (ISSN 2652-4074) is an innovative open access journal dedicated to research and scholarship on the human and humanity of law and technology. Sponsored by the Queensland University of Technology, Australia, Law, Technology and Humans is advised by a leading International Editorial Board. In 2021 it was awarded the DOAJ Seal reflecting best practices in open access publishing. The Journal is indexed in international databases including Scopus.

Submissions are now being accepted for the next issue which will be published in May 2023.

All queries related to the Journal can be sent to Chief Editor Professor Kieran Tranter from the Humans Technology Law Centre by email. 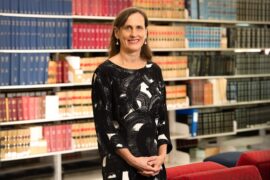 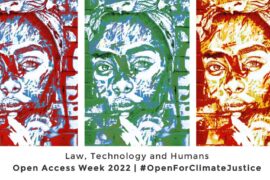 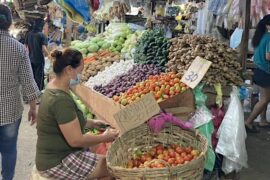 Gendered impacts during the COVID-19 pandemic