Join some of the leading thinkers in their fields for a one-day symposium on 6 September 2018, on the relationship between intellectual property and the United Nations Sustainable Development Goals.

As well as special guest Associate Professor Sara Bannerman, the Canada Research Chair in Communication Policy and Governance at McMaster University, this event will feature speakers from QUT, Griffith University, and the University of Queensland. 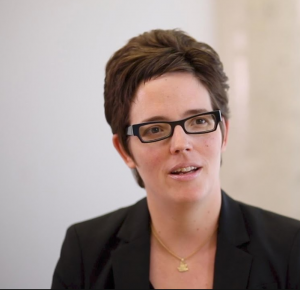 This event is part of the research theme of international trade and sustainable development at the QUT IP and Innovation Law Research Program. It will cover issues such as access to knowledge, public health, access to clean energy and climate change, and the global economy. Particular focus will be given to global issues within the remit of the World Intellectual Property Organization’s Development Agenda.

This event considers the relationship between intellectual property and the United Nations Sustainable Development Goals (SDGs). The new Secretary-General of the United Nations Antonio Guterres has expressed concerns about the implementation of the Sustainable Development Goals. ‘Implementation has begun, but the clock is ticking… The rate of progress in many areas is far slower than needed to meet the targets by 2030.’ The Director-General of the World Intellectual Property Organization Francis Gurry has emphasised the interconnections between intellectual property and the Innovation Goal (SG9). He also stressed that innovation has an impact on a number of other SDGs, such as SDG2 (End hunger, achieve food security and improved nutrition and promote sustainable agriculture), SDG3, SDG6 (Ensure availability and sustainable management of water and sanitation for all), SDG7 (Ensure access to affordable, reliable, sustainable and modern energy for all), SDG 8, SDG11 (Make cities and human settlements inclusive, safe, resilient and sustainable), and SDG13 (Take urgent action to combat climate change and its impacts).

On 16 and 17 July, the House of Representatives Standing Committee on Indigenous  Affairs held public hearings in Parliament House, Brisbane. The committee is responding to long-standing calls from Aboriginal and Torres Strait Islander artists, members of the community and industry for action and are tasked with investigating possible legal responses to the growing presence of inauthentic Aboriginal and Torres Strait Islander ‘style’ art and crafts products and merchandise for sale across Australia. Read about the inquiry. 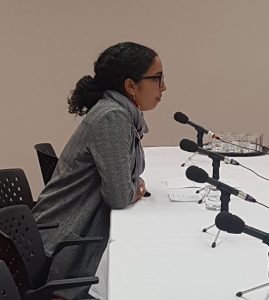 QUT Law School academics, Professor Matthew Rimmer and Dr Kylie Pappalardo, and intellectual property lawyer and QUT MPhil student, Stephanie Parkin, were invited to appear before the committee. Other members of the community were also invited to give evidence after filing submissions with the committee, including Aboriginal and Torres Strait Islander artists and business owners, wholesalers and representatives from the Queensland Government.

Professor Rimmer spoke about the long history of struggles around Indigenous intellectual property in Australia, and the approaches that international law bodies and other countries have taken to combat similar problems elsewhere. Many of these struggles and approaches are documented in a recent collection on Indigenous Intellectual Property, edited by Professor Rimmer.

Ms Parkin provided a written submission to the committee in November 2017 and at the hearing spoke about why accurate labelling of foreign-created and controlled ‘Aboriginal style’ art and products is not enough to protect the legal interests of Aboriginal and Torres Strait Islander artists. Ms Parkin, a Quandamooka person from North Stradbroke Island, is undertaking her Master of Philosophy research project on the prevalence of fake art and products in Australia and the gaps in legal protection for Aboriginal and Torres Strait Islander artists. 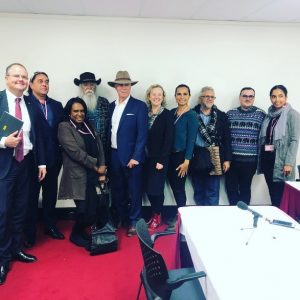 ‘There are a variety of issues at play here and any proposed solution must include both legal reform and non-legal remedies, including educational campaigns for consumers and long-term support for artists and art centres. In my view, the existence of inauthentic Aboriginal art and products must also cause us to reflect how we, as a nation, value and respect Aboriginal cultural expression,’ said Ms Parkin.

Dr Pappalardo discussed the deficiencies in copyright law for protecting Indigenous art from exploitation. She also highlighted lessons raised by Indigenous artists attending a symposium held at QUT in June on Protecting Indigenous Artwork from Exploitation, including the importance of policies to support the development of Aboriginal and Torres Strait Islander artists within Australian communities.

The committee has a continuing schedule of public hearings around the country. They aim to identify ways to prevent the misuse and exploitation of cultural expression through inauthentic Aboriginal and Torres Strait Islander art and products.

On Tuesday 29 May, Faculty of Law staff gathered for a morning tea as part of National Reconciliation Week.

National Reconciliation Week is a time when we can reflect on Australia’s reconciliation journey. The theme for NRW2018 was ‘Don’t Keep History a Mystery: Learn. Grow. Share.’ and we are encouraged to learn more about Aboriginal and Torres Strait Islander cultures and histories to help us grow as a nation.

Thousands of events were held across the country during National Reconciliation Week, and each year it’s an opportunity for us to think about how we can contribute to reconciliation as a faculty.

Food for the morning tea was provided by the First Food Co, a catering company specialising in bush foods. Gold-coin donations were collected and will go to Reconciliation Australia. Thanks to Wendy Cusack, Bianca Hill-Jarro and Hope Johnson for their assistance in organising and preparing for the event.

Reconciliation is an ongoing process, so for more information and ideas about how you can contribute, explore the Reconciliation Australia website and read QUT’s Aboriginal and Torres Strait Islander Action Plan.

Keep an eye out for other reconciliation events coming up at QUT during NAIDOC week (8-15 July) and Murri-Ailan Way (8-10 August).