Current Australia Awards PNG scholar and QUT student Inapero Huhuva has been furthering his own learning through applying to his classroom the knowledge and skills gained during his Graduate Certificate study in STEM (Science, Technology, Engineering and Mathematics) Education at QUT funded by the Australian Government through Australia Awards PNG.

Inapero teaches in one of Papua New Guinea’s (PNG) National Schools of Excellence which have implemented a STEM curriculum. He designed a project for his Grade 11 STEM class where students were required to identify a problem in the PNG context, apply physics concepts they had learnt and integrate different STEM disciplines to create a prototype of their solution using local resources.

This resulted in World Vision, an international non-government organisation, approaching the students with a proposal to fund the implementation of the design… 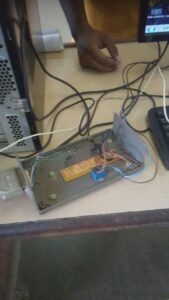 One group of students developed a prototype for an automated irrigation system for PNG farmers, designing and constructing the prototype. The group then saw an opportunity to apply their IT skills and code a program that controlled the irrigation system. The project recently captured the attention of guests at a National Department of Education (NDOE) launch event. This resulted in World Vision, an international non-government organisation, approaching the students with a proposal to fund the implementation of the design in an existing Water, Sanitation and Hygiene (WASH) project in PNG. The students will partner with World Vision to design and implement the project.

Additionally, the National Executive Council members, including the Prime Minister James Marape, attended the NDOE event and were impressed with the high quality of the students’ work. They are currently discussing the possibility of sponsoring the top 5% of students from the Schools of Excellence to complete specialist courses overseas when they graduate. Through undertaking the Australia Award PNG Graduate Certificate in STEM Education, Inapero has developed his students’ problem-based learning skills and application of interdisciplinary STEM approaches to solve real world problems. 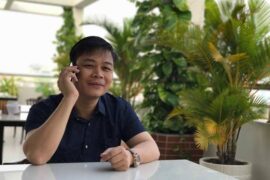