When I arrived I was shocked by the landscape, architecture, people, and weather. Milan is a flat city and, I know it sounds like a small detail, but it’s odd to see straight streets go on forever. The people feel less caring, and more cool. Things are open at seemingly odd hours and that’s just how it is. It’s weird but nonetheless, Milan is probably the best student city in Italy. It’s overall just a cool place once you get to know it, and I recommend it for an Italian exchange. Rent is expensive but living costs are cheap. Roughly 600 euros a month for rent and 60 euros a week for living quite comfortably.

The uni I studied at was Politecnico di Milano (PoliMi), because it’s largely a non-English speaking institution make sure you do the easiest subjects you can and prepare for the teaching style to essentially be lectures only with a big exam or project at the end. The campus itself is cool because it’s old. Overall I’d say PoliMi is ok, decent it if you want to study in Italy, which is more the worthwhile experience.

One thing I didn’t expect was that, 90% of the time you have no idea what people are saying or what the writing around you means! The first month living in a foreign language country (especially if you’re there by yourself) feels like living on an alien planet. It’s so weird. Eventually though you get used to it and I ended up enjoying it as like a simple ambient noise. You become entirely comfortable being clueless.

What’s more in Italy, expect things to happen slowwwwly. Especially with big institutions or government. This can be annoying and sometimes feels like everything is of lesser quality because of it. You eventually get used to these slightly chaotic long waits when dealing with these things though.

I still highly recommend exchange for everyone! Why? Travelling to new countries and gaining new perspectives simply outweighs all the downsides. Experiencing the highs and lows that this world has to offer is a phenomenal personal growth experience for anyone. Studying in Europe is awesome too because it’s so cheap and easy to fly to so many different countries and cultures. It’s this sort of stuff that really changes your perspective on everything forever, I know it has for me, and that’s why I highly recommend doing it! 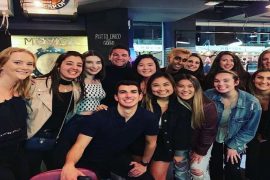 Studying in Milan: fashion capital of the world 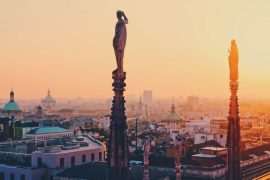