I spent 5 amazing months in Aarhus, Denmark and spent a total of 7 months abroad.

As cliché as it sounds, exchange really was the best time of my life.

I studied at the Business and Social Sciences (BSS) faculty at Aarhus University. Aarhus is the second biggest city in Denmark after Copenhagen. Aarhus University was amazing, and BSS was great! BSS ran a really great introduction week, which meant I got to meet a lot of other exchange students in my first week. I lived in one of the furthest accommodations, but it still only took me about 20 minutes on bus to the campus and about 25 minutes to the city centre. The campuses were great (despite the buildings being named/numbered a bit confusingly!) The facilities were great (and it had an excellent canteen). One word I would use to describe Aarhus University and Denmark and my whole time abroad in general is “chill”. Everything was so chill.

Aarhus University, unlike QUT, only has final exams that count towards your grade. So no mid-sem’s. Which had its benefits and its drawbacks. One benefit being, I was able to travel throughout the semester without having to worry about assessment. The main drawback was I was pretty stressed in the last month with 3 exams all worth 100%, but overall it was fine, and let’s just say, that all you need to do on exchange is pass.

Living in Aarhus was amazing! It is such a student city and due to the amazing introduction week, I was able to meet and constantly catch up with so many friends! I found that cost of living in Aarhus was pretty similar to Australia. I paid about $600 a month for my accommodation (private studio apartment with kitchen and bathroom located about 25 minutes by bus to the city centre). Groceries were comparable to Australia and I got a phone plan for $20 a month! 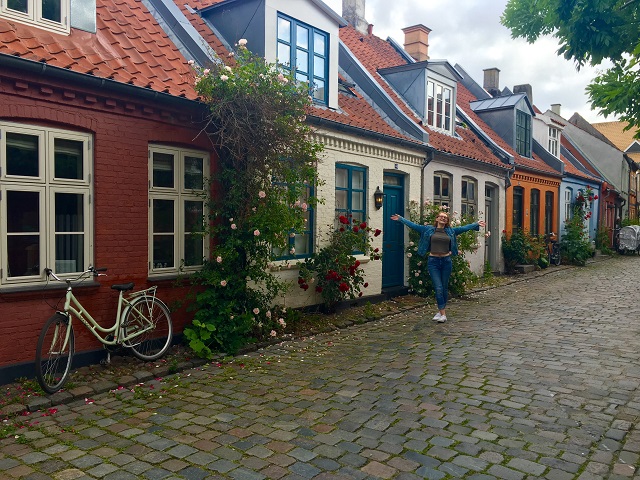 I found Denmark to be culturally pretty similar to Australia, but they do drink a lot of beer! People were nice, but sometimes seemed a bit standoffish, but as I learned, they just wanted to give you your own space. However, as soon as you asked for help or said “oh, sorry! I don’t speak Danish”, they couldn’t have helped you faster! I personally didn’t experience any culture shock or homesickness, but I know a few who did, I think to help avoid this, it’s really great if you can find a group of really close friends and try to be really active and see lots of both your host city and do a lot of travel!

I travelled a lot! I mean a lot a lot! Any long weekend I got, I was gone! I ended up visiting 20 countries and 36 cities. Skyscanner and RyanAir were basically my hobbies. The longest flight I took was from Billund (middle of Denmark) to Malta (small island south of Italy), and even this was only about 3 hours and we literally flew north to south over Europe! Flights were so cheap as were buses and trains and hostels! A quick tip: If you want to travel through central Europe (France, Germany, UK, Austria, etc) do so in their Winter, hostels are almost a third cheaper than travelling in their Summer. In Summer, I tried to travel though Eastern Europe where things are generally cheaper anyway. However, I did do Italy and Greece in Summer (bye money, but 100% worth it!).

Find out more about the University of Aarhus 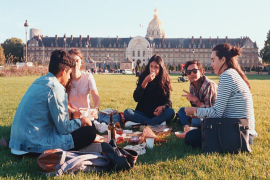