My life in Kassel and Germany

In the semester break between SEM-1 and SEM-2 in 2018, I was fully immersed in German culture, thanks for the International Summer University (Kassel). Although the time was short, it may have been the best travel experience of my life.

The course I selected was the two seminars under the cultural module: Intercultural Communication and German Fairy Tale. Composed with various activities, we started from the definition of culture to how different cultures interact with each other. One of my favorite activities was a role playing game about collaboration between two cultures. The whole class was divided into a group of villagers and engineers, each group had follow their own custom. The goal of the game is to learn how to communicate with people with of different cultures or customs, and complete the task. Although it was challenging at the beginning, finally we worked out some ways to build a “bridge”. I believe this seminar will greatly help people who wish to work in a multicultural environment.

As an iconic city because of the stay of the Brothers Grimm, studying their fairy tales at Kassel became so immersive. The seminar contained both indoor classes and excursions. The indoor classes provided a brief introduction of the Grimm’s fairy tales, including lives of the Brothers Grimm, their motives of writing the fairy tales and other background knowledge. There are two excursions in this seminar: Brauhaus Knallhütte and Grimmwelt Kassel. Brauhaus Knallhütte was once the inn where the Grimms collected many folk tales from the innkeeper’s daughter, Dorothea Viehmann. We had a fantastic lecture in this historical place and enjoyed traditional German courses and beer. Another excursion to Grimmwelt was also amazing. As a museum of Grimm’s Fairy Tales, Grimmwelt indicates the achievements of the brothers, including the fairy tales and German Dictionary. The interactive equipment also takes visitors into the world of the fairy tales.

One of the most impressive culture shocks was that German people are very willing to help visitors. On the second last day in Germany, I took a train from Kassel to Frankfurt and stayed overnight for the next day’s flight. When the train approached Giessen, it slowed down earlier than expected. Then, the train stopped at a small station and the train conductor spoke to the travellers. Suddenly everyone stood up and started leaving the train. Luckily, the man next to me told me that we must leave the train now. After departing the train, the man asked the conductor about what is going on and how to continue to Frankfurt. Then, we took the same bus to the next station, caught the additional train, and finally managed to reach Frankfurt with a 1-hour delay. Honestly, the man had no responsibility to help a foreign traveller, but he wished to spend part of his attention to help a stranger. During my visit to Germany I was helped by many volunteering German people, including a ticket checker on the train (she told us to change wagons because the train would split at the next station) and bikers on the street of Kassel (he told us the correct platform to wait for our tram). So next time, don’t be afraid to ask German people for help!

All in all, I strongly encourage QUT students to apply for this program. The summer university provided a comprehensive experience of Germany in all aspects. You will stay will German host families and having traditional German food. Moreover, you stay with host families or explore other places in Germany on weekends or day offs. Last but not the least, you will meet other international students from all around the world! 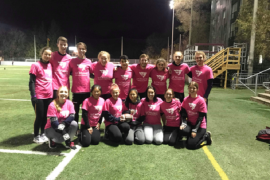