I was lucky enough to be in Thailand to celebrate Songkran, the celebration of traditional Thai New Year. Celebrated every year from 13 – 15 April (although dates can vary depending on where in Thailand you are) and uses water, as a symbol of washing away last year’s mis-fortune.

Many of my new Thai friends have gone home to spend time with family, and those who are Buddhist, go and make merit at temples. However, the holiday is known for what I would consider the biggest water fight I have ever seen! These water fights are not everywhere in the country however all the biggest destinations hold them.

There is a mass exodus of the locals from Bangkok as most go back to their hometown but I stayed in the capital to celebrate Songkran. A couple of key streets become full of both international and domestic tourists and a few locals all keen to be involved in the celebration.

The morning of New Year’s Day, I headed to one of the spots for a big street water fight. It was insane! Even though I was not there during the busiest time I still came out drenched head to toe from a barrage of water guns, hoses and buckets. People who lined the streets wearing masks and gripping super soakers were my nemeses’. I left around lunchtime and while it was busy, there was still room to move and run to try dodging people’s shots at you. I did see videos of the same street later in the day and the wide street was packed shoulder to shoulder.

After being soaked we went back to clean ourselves up before heading to a bar which was holding a Songkran event in a more suburban area. Once we got there we could see how locals who did not leave the city celebrated – and boy were they wild! There were people young and old lining suburban streets throwing water at motorbikes, cars and buses that passed by. There was also white powder that they put on their face that apparently softens the skin. By this time of night many of the people were quite intoxicated and would run onto the road with the white powder and get the motor bikes to slow down while the coat the riders face with the powder.

Songkran celebrations is one of the most fun festivals I have ever participated in and I think that Songkran alone is enough reason for me to come back to visit Thailand. I would recommend to anyone considering coming to Thailand, to try and time it with Songkran, to see and enjoy the festivities for themselves. 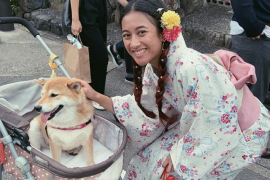 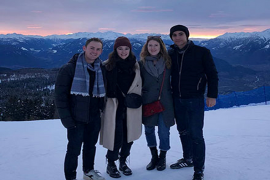 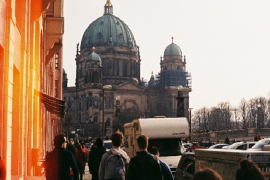