A week in Hanoi

Who would of thought it could keep getting better. Although a number of us were a little run down and sick, we all managed to still have an amazing week that could not have been possible without the staff and students of Hanoi Medical University. Throughout the week, we did our business before exploring Hanoi with our new friends. They definetly made this part of the trip better than we could have ever imagined. With their help, we visited places we would never have gone if we didn’t have them. These Included a number of street food vendors with the best foods, a jail known as the ‘Hanoi Hilton’ used throughout the 20th century and also the Hanoi night market. At the markets we danced all together on the street and played a traditional game seen in many Asian countries similar to soccer juggling but instead using a small ‘hacky sack’ with feathers attached. They took time out of their own studies and we could not be more thankful!!

We hope one day to return the favour over in the land of Aus. As for the research, again the school visits topped the charts. The kids were again so excited and willing to give it all a go. We danced together, learning some Vietnamese dances before teaching everyone the nutbush. They wanted our autographs and by the end of the visits we had all agreed that we did not want the life of a celebrity. It was a 10/10 experience though and I am so grateful to The New Colombo Plan and QUT for making this opportunity available.

We also had the opportunity to visit the Physical Education University which was super super cool. It was so interesting to see the differences in studies undertaken between Australia and Vietnam and learn about the employment rates. In Vietnam PE university students must undertake a 70/30 practical to theory course in order to graduate (which I wish we had).

It was so eye-opening and such a great way to make new connections and friends from Vietnam!

This program was made possible through the generous support of the Australian government’s New Colombo Plan. To discover similar programs check the QUT Global Portal. 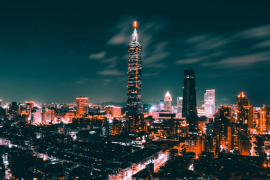 My semester in Taiwan 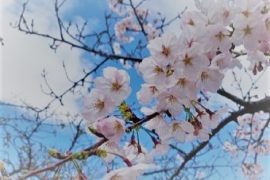 The Cherry Blossoms are Inspirational