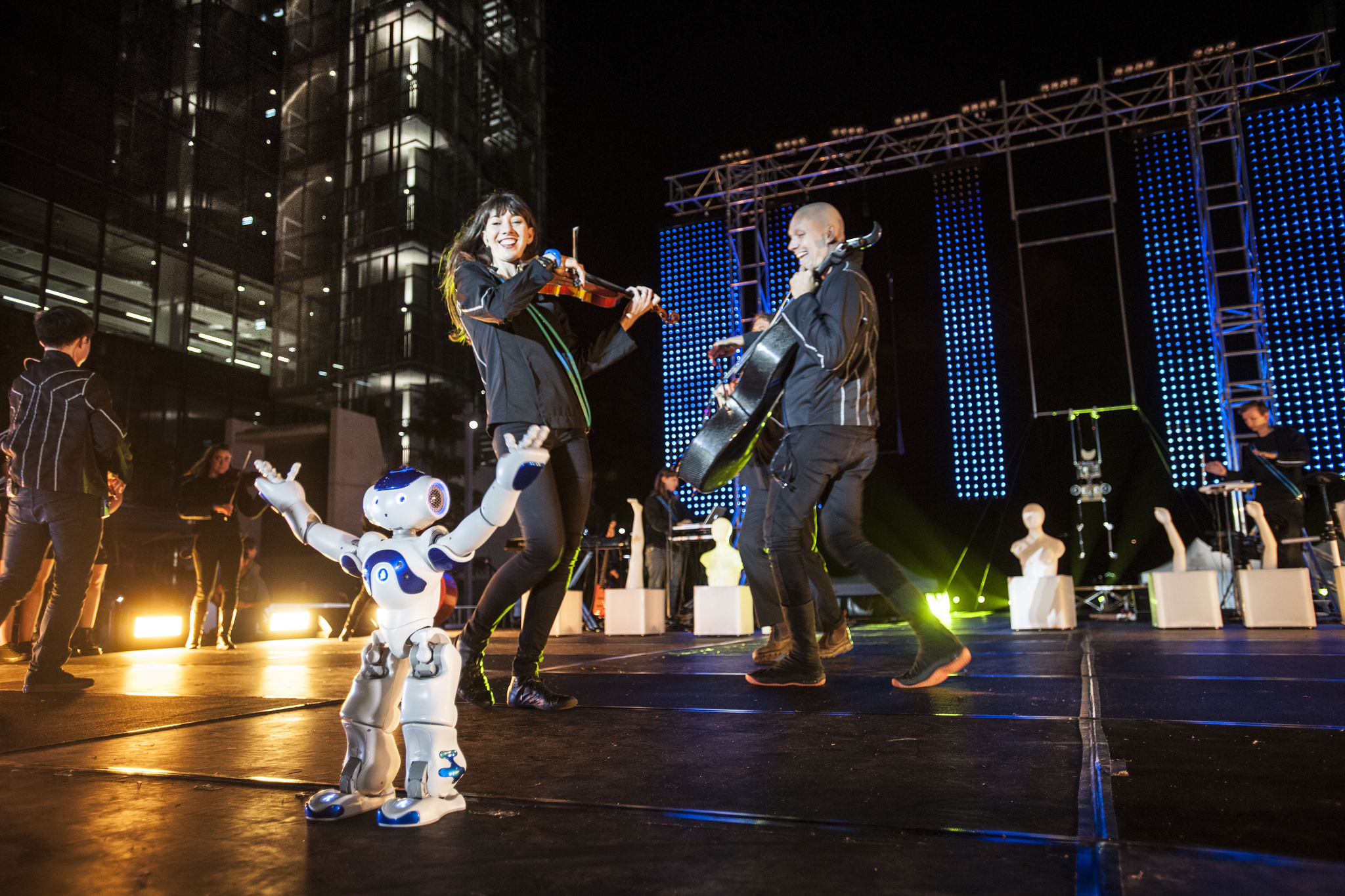 Jason: Creating for The Cube is both exciting and challenging. Usually a digital artist has flexible options for how they birth their artistic creatures and where those creative digital critters will live and move and respond. However, developing content for The Cube is different.

The incredible engineering, gorgeous programming and world-leading technology (no I don’t sell used cars!) means the space and its networked computers have a very specific set of conditions and possibilities.

The above is an image of what Rory Herring and I have crafted for our interactive literary art-game Canonical. It’s built in Unity, a great game engine with a somewhat steep learning curve. The development team at The Cube has created a fantastic set of tools and manuals to help artists and coders build wonderments for the space. But given the complex set-up of The Cube (each two touch screens has its own server!), we have learned that creating for this space is unlike anything we’ve ever done.

For example, in the image above, you can see our various floating elements and cannons etc. On my screen all those elements are jumbled up, tightly connected, because, frankly, even high-end computers would fall-over, grind to a digital halt, if you tried to test the entire cube. It’s so massive, we can only test a few screens at a time. So in some ways you fly blind for a while. You create and imagine and then when the testing time comes, you hope your code was correct, and that your work will magically fit over all the screens.

The above isn’t a problem. It is a chance to stretch myself as an artist. To really grow and create under a specific set of constraints. And the result will be something massively wonderful, a big experience with connections to science and poetry, all filtered through my usual brand of strange art.  So when you look up at those screens just know that whatever is up there, is the result of magic combined with artistry combined with super innovative code and programming and technology. Nothing is easy. But then again, great art never is.