Everything old is new again and you can get your 80s fix with The Retro Arcade, which launches on 6 January 2018 at the Draw It. Code It. QUT Summer Holiday Program. Using the power of algorithms and Unity 3D software to immerses users in an 80’s style world, The Retro Arcade includes two new games, Mighty Pucks and Track Stars, and old favourites Block Breakers, Space Junk and Parabola Pirates. 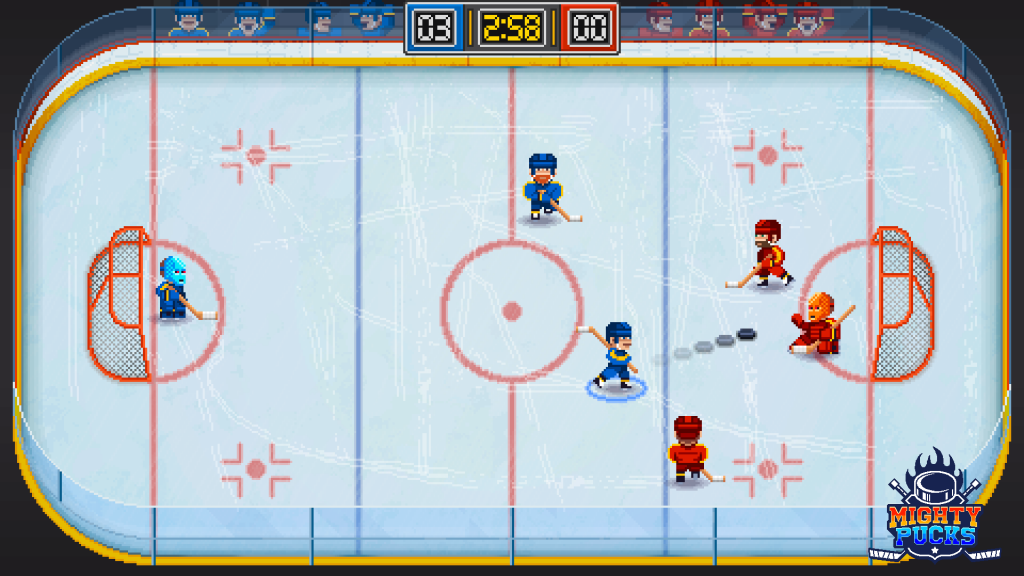 Cube Studio Manager, Sean Druitt and Digital Interactive Designer, Simon Harrison share some insights with us about the creation of The Retro Arcade games.

The Retro Arcade was inspired by wanting to give visitors a broader experience across both levels of The Cube space. The unique layout of Screen 5, which has 4x touch panels in landscape orientation, lent itself perfectly to a four-player competitive experience.

Mighty Pucks is an ice hockey game where pixel graphics are combined with fast-paced action to create an intense match where two teams of two players compete for victory. 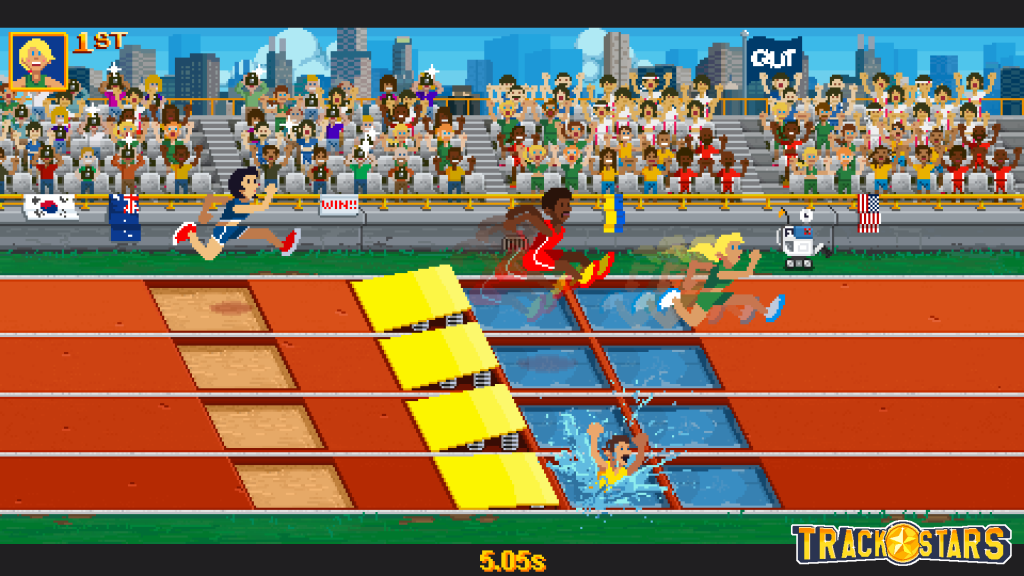 Track Stars is a four-player retro-inspired rendition of the hundred-metre dash with a twist. This race includes obstacles such as hurdles, water traps, sandpits, springboards and speed boost pads which intensify the competition!

Block Breakers encourages players to work together to deflect balls off paddles to clear a field of blocks. Some blocks take multiple hits to go away and you also have a chance to have multiple balls in play at the same time but beware, once a ball is lost, it is lost forever!

Parabola Pirates is a classic last-man-standing grudge match, with pirate ships! You must position your ship, angle the guns and fire, and whoever can survive the barrage, wins!

Space Junk makes the players shoot at falling junk from the sky before it smashes their base. Whoever can survive the longest, wins!

These five new games integrate maths elements such as tracking statistical data for analysis, showing parabolas and trajectories at varying speeds. The Retro Arcade is one of the many screen projects that rotate daily on The Cube screens (check website for screening details) inspiring the next generation of thinkers and doers.