School teams battle it out at the 2017 FIRST® LEGO® League

This year’s FIRST® LEGO® League Tournament at QUT Gardens Point was a blast! 36 teams, coaches, and spectators arrived bright and early at The Cube on Saturday 18 November to take part in the annual robotics challenge for students aged 9–16 years.

This year’s HYDRO DYNAMICS theme delivered lots of learnings in relation to sourcing, transporting, and disposing of water. Students also applied their water solving skills to real-world problems in the Research Project Challenge eg. improving water fountains at their school or designing their own reusable watter bottle prototype. 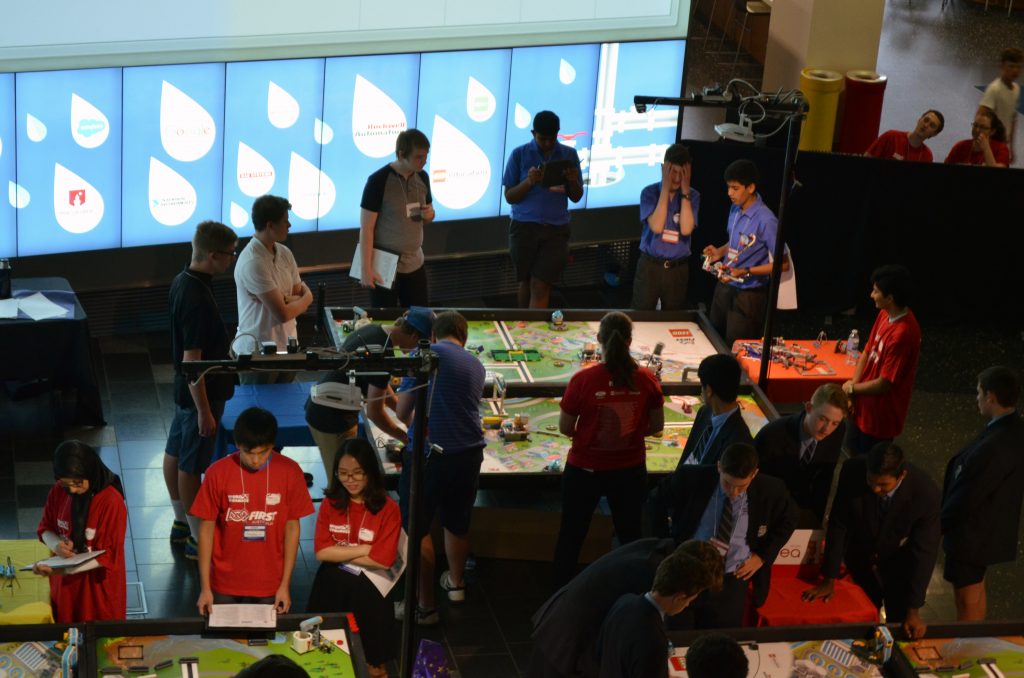 Teams brought along their LEGO® MINDSTORMS® game-ready robots, which take months of teamwork and testing to prepare for the day. For the Robot Game, each robot had to solve a set of missions and the competition was tough with an incredibly creative set of robots. 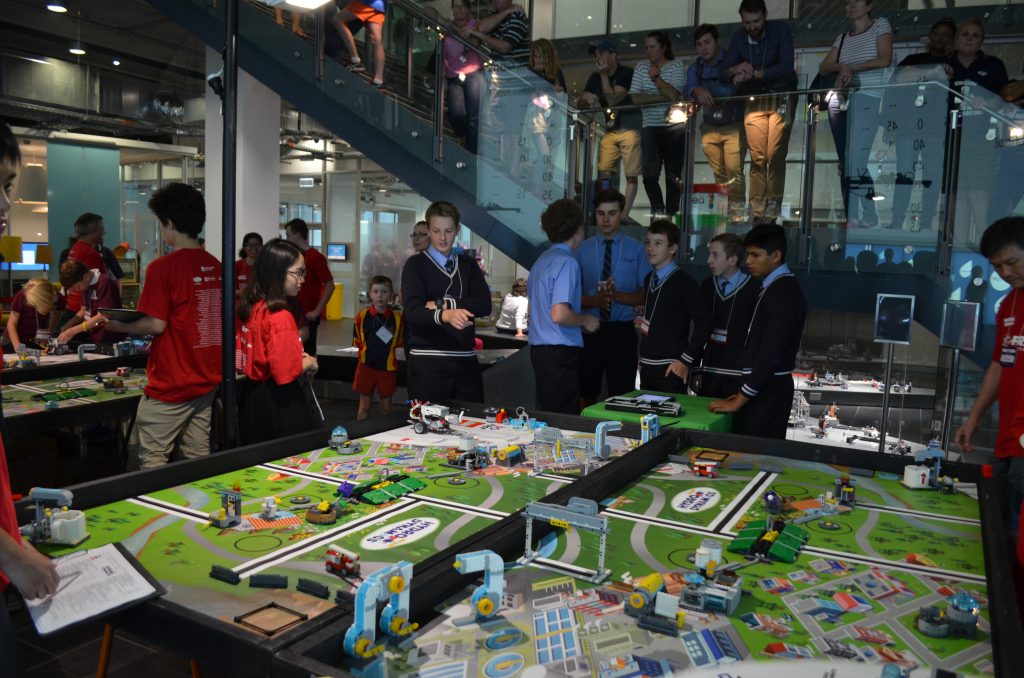 Coding and robotics skills are not the only measures of success. The FIRST® LEGO® League Core Values are the cornerstones of the program. In this tournament we saw discovery, teamwork, Gracious Professionalism® and Coopertition®.

A big congratulations 👏👏👏 to all the teams that made the day so much fun, we hope you to see you back again in 2018.

A special thanks to QUEENSLAND URBAN UTILITIES for their generous donation of $1500 to support the Champion winners in traveling to Sydney for the National FIRST® LEGO® League Championships.

The Cube staff would like to give a special round of thanks to all the generous volunteers and supporters who made the 2017 FIRST® LEGO® League possible!