Code-A-Bot is The Cube’s new interactive digital game in which players program robot workers to collect and sort rubbish in a bid to create the most efficient virtual waste recycling plant at DERP (Department of Environmental Resource Processing) .

This is what a robot in Code-A-Bot looks like – small and cube-like – we call him robot. 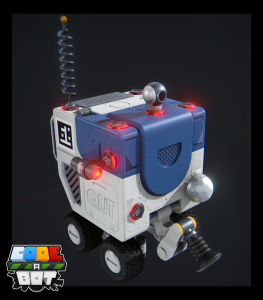 These robots have been designed to pick up and sort trash in DERPs fictional recycling plant. The robots are coded via a touch panel on the back of the robot body using a programming language called RoboCode. This simple programming language uses a Scratch-inspired coding system (featuring drag and drop) to help people pick up the concepts quickly. 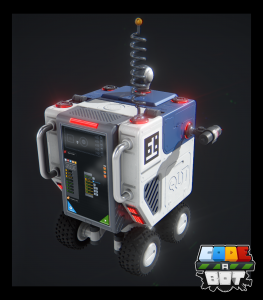 The robots have multiple ports to attach different sensors and cameras, you can also attach new manipulators such as arms with suction cups or air cannons and the robot can be fitted with lights and aerials. 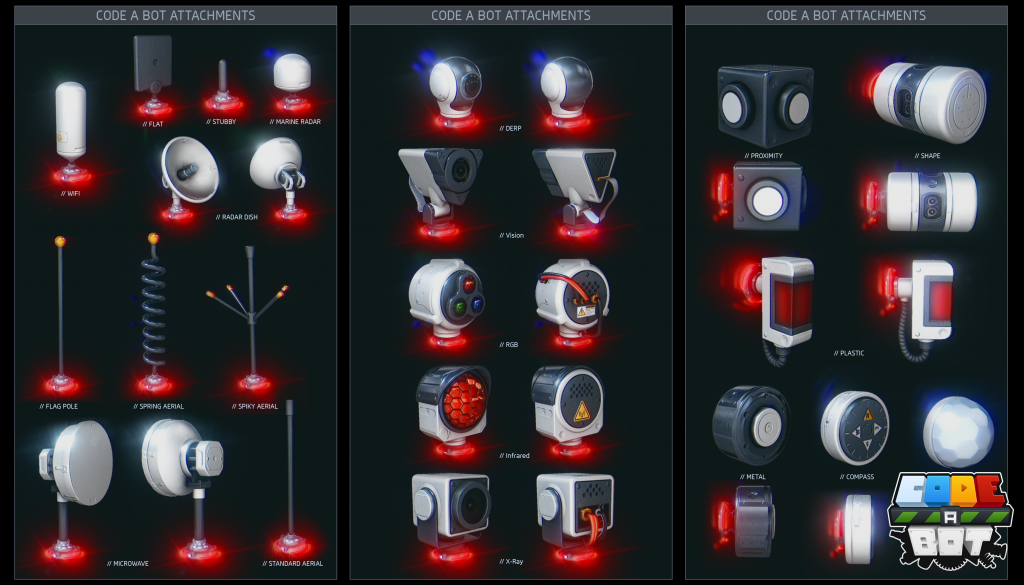 Want to be the first to code a robot at Code-A-Bot? The project will launch at Robotronica, QUT’s free robotics and technology spectacular, on Sunday 20 August. See you there!