Recoding robots at The Cube … DERP needs your help!

For the past six months, the Cube Studio have been developing Code-A-Bot, a game ased around a fictional recycling facility run entirely by robots. Code-A-Bot will be launched and playable at QUT’s Robotronica on 20 August and afterwards will become a regular project rotating on The Cube screens.

Welcome to the DERP (Department of Environmental Resource Processing)

DERP has created an automated materials recovery facility, run exclusively by robots to sort waste into material categories for processing and recycling. Unfortunately, the code that runs the robots has bugs and is inefficient and we need your help!

Visitors to The Cube need to debug and recode the robots to boost the efficiency of the plant. Players will have access to a host of sensors and cameras to assist the selection of the waste and can fit different manipulators to move the waste around the facility and hopefully into the correct bins. 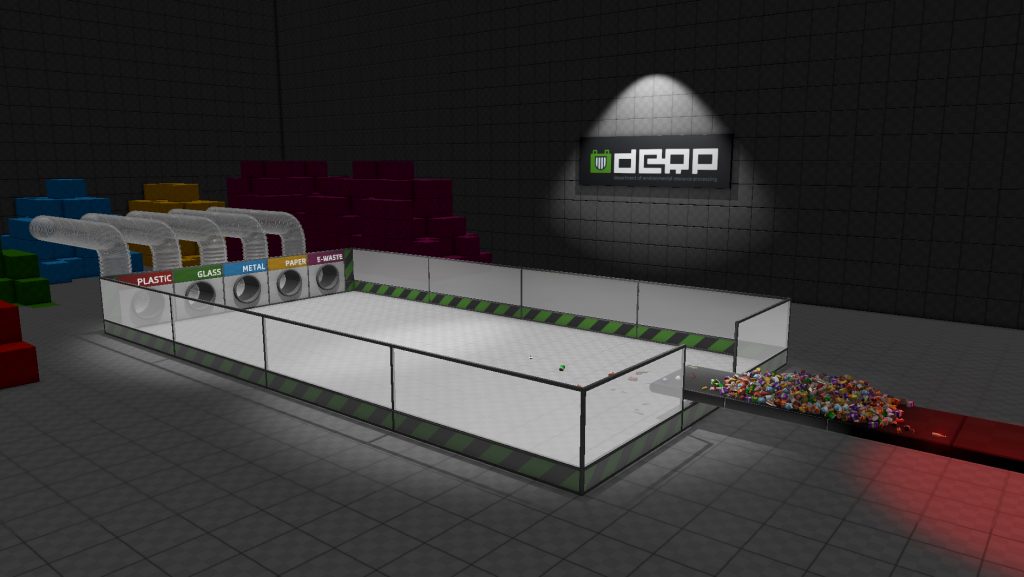 As soon as the idea of a recycling facility was hatched, we started to work on how it would appear to the player. We researched real life Material Recovery Facilities (MRFs, pronounced MIRFs!) and how they sort recycling, including whether they use robots. It emerged that some robotic sorting has been developed but this trend is relatively early in the development phase and not ready for large scale deployment. So, what better way to test it out than on The Cube screens.

MRF’s use a combination of magnets, air blowers, gravity and sieves to separate the different materials, the waste moves on long conveyors around huge hangar sized buildings. It is very complicated and quite hard to see what is happening to the waste as it moves around the facility.

We chose a much simpler solution, a large empty rectangular area where waste would be dumped at one end with five bins at the other end. A number of small robots would move around the area picking up waste and putting it in the correct bin. Visually it’s more like a football field than a factory. 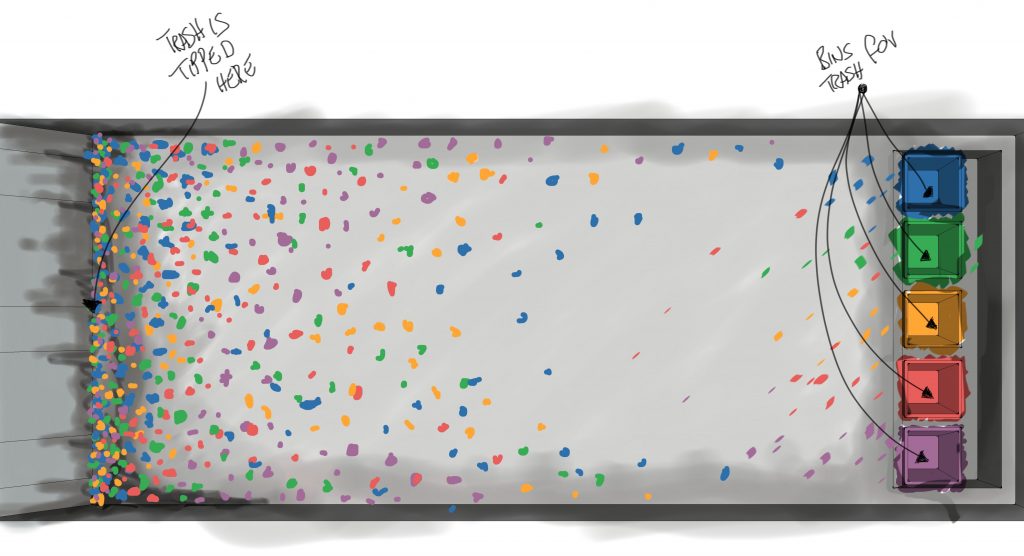 One aspect that is immediately noticeable is an efficiency meter scoreboard; this gauges how well the facility is sorting the waste. When the player starts their game the efficiency is very low, a combination of buggy code and unsuitable sensors has led the facility to run incredibly inefficiently. As the player programs their bot and fits better sensors and cameras, the efficiency meter will increase. The more players correctly code and sort, the higher the efficiency will be. Code-A-Bot is also multiplayer which means it’s the largest competitive, multiplayer game ever created on The Cube screens. 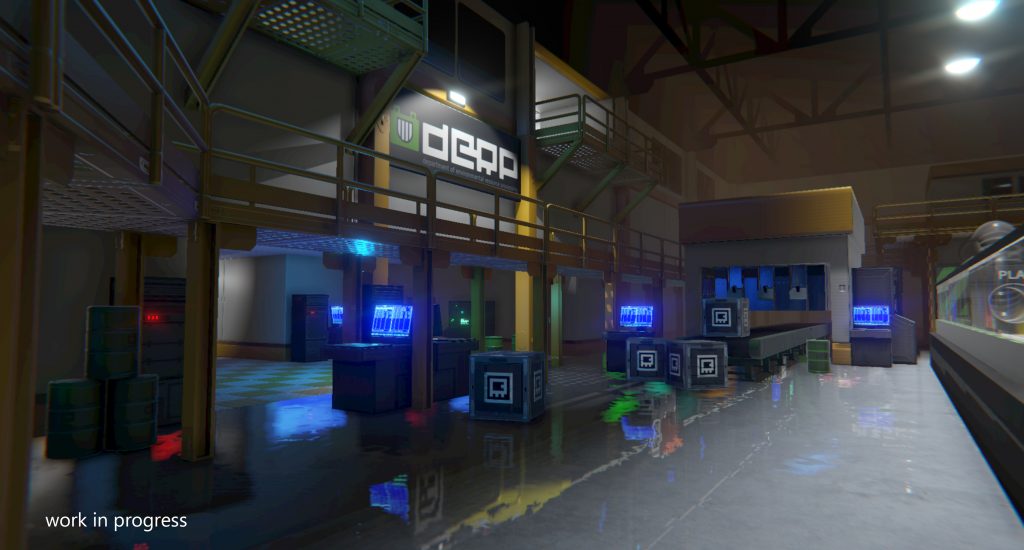 The final design of the bins is still to be ironed out, we’ve tried many designs including huge vacuum tubes, large boxes and simple pits, however the function remains the same. The five bins reflect the five different types of waste; glass, metal, plastic, paper and e-waste. The player has to place a piece of waste into the correct bin in order to increase the plant’s efficiency, sound simple? We’ll see!

Stay tuned for more Code-A-Bot updates … next month I’ll explain how we designed and developed the game (including early sketches and 3D mockups) and a few technical details that have shaped the project and influenced our decisions.