Putting the fun back into physics!

On Saturday 7 January, 4,200 visitors flocked to The Cube for an extra dose of physics fun to celebrate the opening of the Physics Observatory Summer Holiday Program.

We presented a range of Physics-inspired workshops including Hula Hooping by Vulcana Women’s Circus, live science shows by Street Science, a 3D flight simulator game facilitated by the QUT STEM for Schools team and Physics 101 workshops from QUT Physics Society. The live science shows by QUT Alumni Steve Liddell were a massive hit! Kids were amazed by Steve’s science experiments including exploding balloons with liquid nitrogen and a real hand-held fireball. 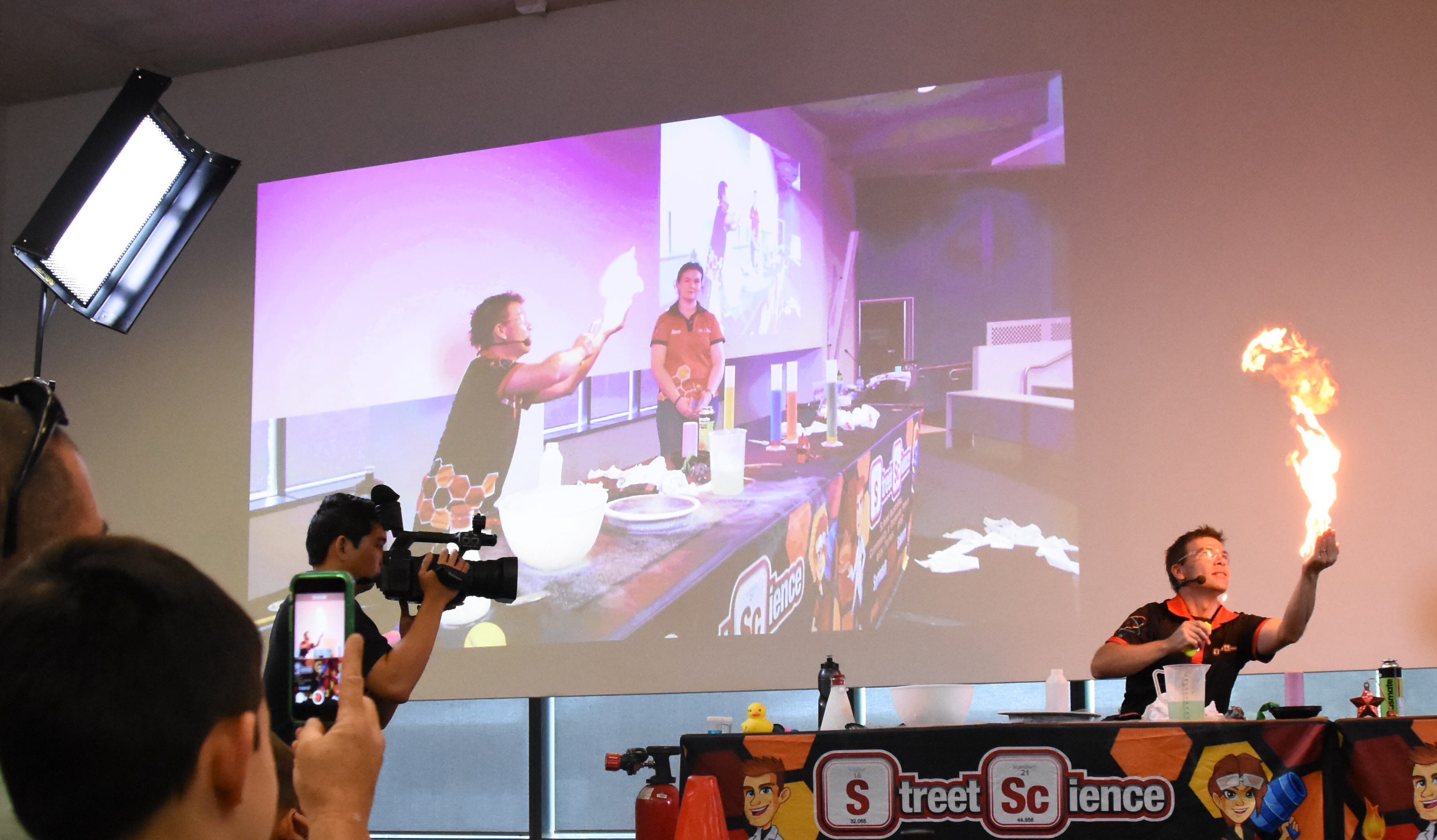 Activities from Physics Observatory Holiday Program also ran throughout the day including Physics Wiz Treasure Hunt which allowed families to discover hidden elements of the Holiday Program. Kids were also awarded a ‘Physics Wiz’ sticker! Other activities included Ball Run, which encouraged kids to compare how far and fast balls can travel using tubes and everyday materials on a magnetic wall. Take to the Sky was another popular (paper plane making) activity, which got kids thinking about gravitational forces and how fast and far their planes could fly. 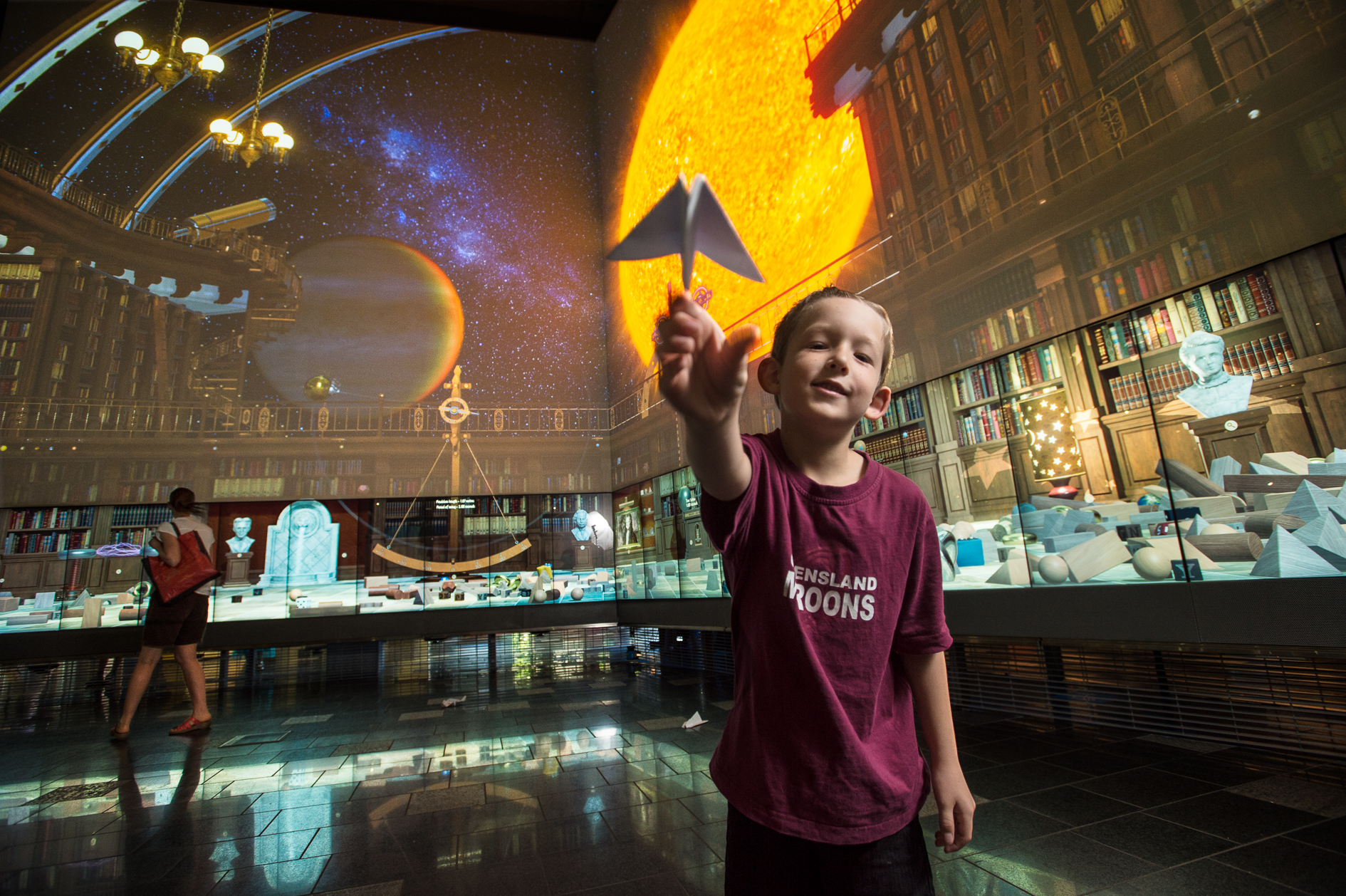 We also announced the winners of the ‘Life on Mars’ Competition. Kids were asked to draw what they imagined life on Mars might look like incorporating what they know about STEM. Banjo Seaniger (8 years) won an Xbox One and Runners up Shaun Gareth (13 years) and Mikayla Daley (12 years) won admission to one of The Cube’s 2017 holiday programs. 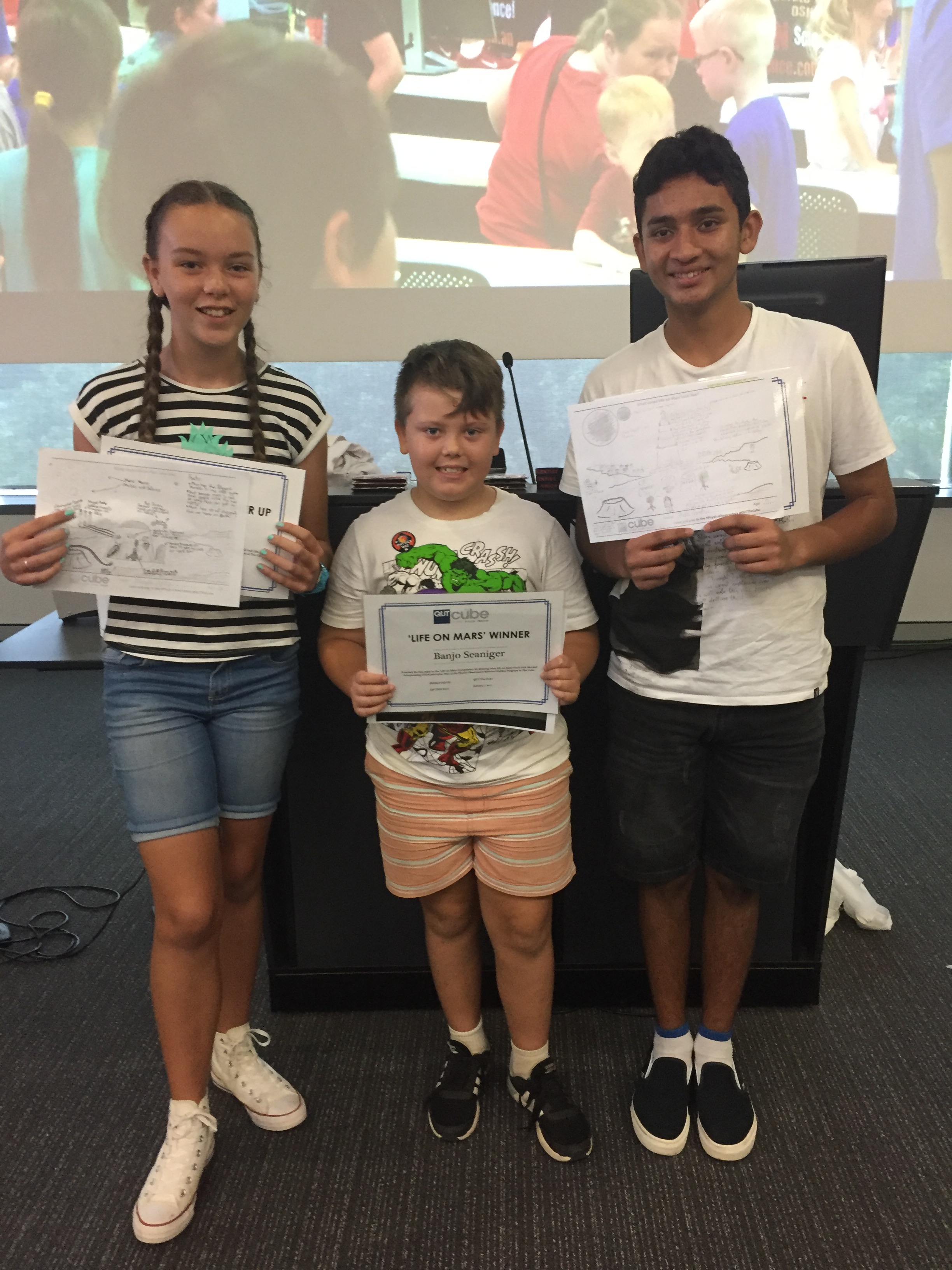 Thanks for everyone who joined us for Physics Fun Day and for those who couldn’t make it Physics Observatory Holiday Program continues everyday 10am-4pm until Sunday 15 January. Check out this video for a taste of the program.