How do you capture the sound of creatures that haven’t existed for millions of years? Some of The Cube team were lucky enough to head along to Australia Zoo to record some of the Zoo’s animals. The Cube Studio Director Sean Druitt recounts this unforgettable experience.

Sean: During the development of Dino Zoo, we’ve endeavoured to capture scientific accuracy at every turn. We’ve even painstakingly reviewed movement studies based off current research and understanding for the dinosaurs. So when it came to talking about the audio for the project, we knew we had to get that right as well. But what could we do? Dinosaurs have been extinct for a long time, and we don’t think any of them recorded a voicemail for us to use!

Based on guidance from our good friend Dr. Scott Hocknull from the Queensland Museum, we were encouraged to use audio of dinosaurs’ living ancestors. Any animal that is phylogenetically bracketed from the dinosaur evolutionary tree would be acceptable. Birds, crocodiles, snakes and lizards all fall into this range. Scott indicated that, above all others, crocodiles and cassowaries would provide the most appropriate and rich sound pallet to draw from. We asked around the office but no one seemed to have any of these animals at home as pets! 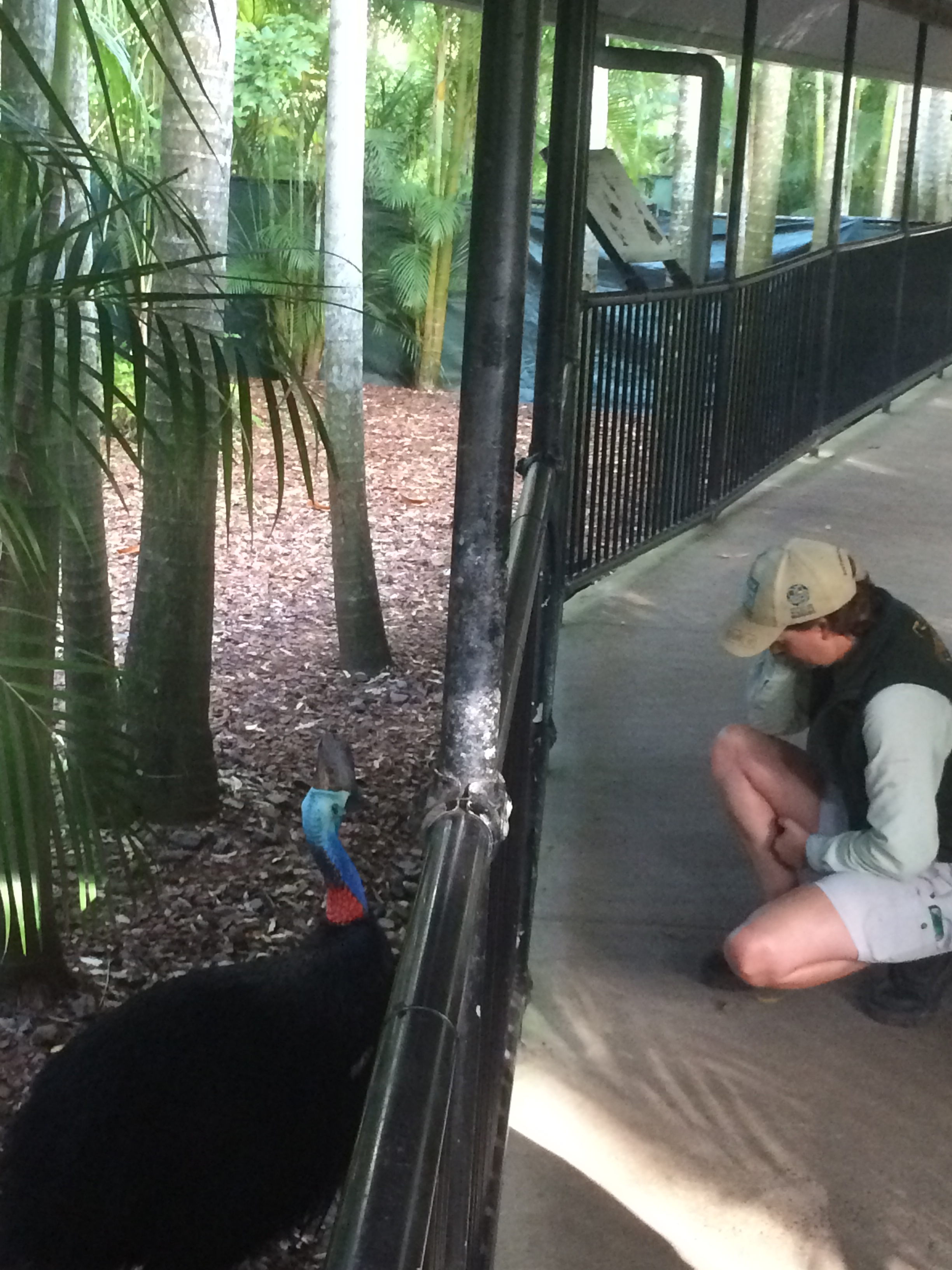 Luckily our good friends at Australia Zoo have all of these animals and more! So we packed up our audio recording gear and went for a magical day at the Zoo! The team at Australia Zoo provided us with incredible access to the Zoo and its animals, enabling us to record audio before the Zoo opened to the public. This is normally the Zoo staffs’ one-on-one time with the animals to say ‘hello’ and give them breakfast in preparation for the day ahead.

All the staff at Australia Zoo take great pride in their work and have a deep love and friendship with the animals. It was interesting to experience this special time which isn’t always accessible to the public. 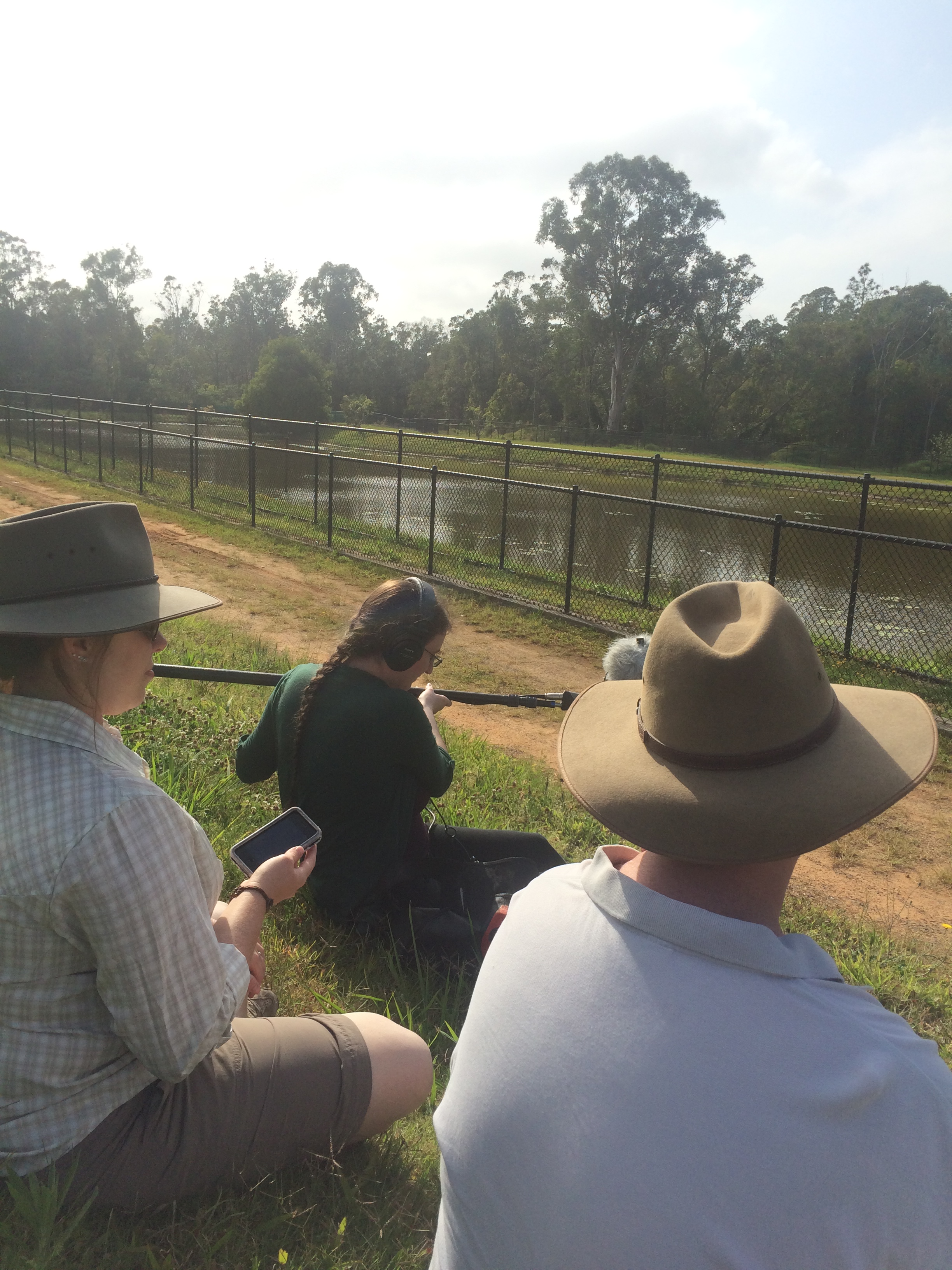 Some of the animals were a bit cautious of us at first. There’s nothing like having strangers point microphones at them… but we are happy to say that they warmed up to the idea and we got some great results! We captured a wide variety of chirps, tweets and calls across several bird species, including the elusive cassowary (thanks Jodi!). We captured snakes and lizards hissing as well. Terri Irwin even supplied some crocodile audio recordings from a recent trip to far north Queensland, how cool is that!? 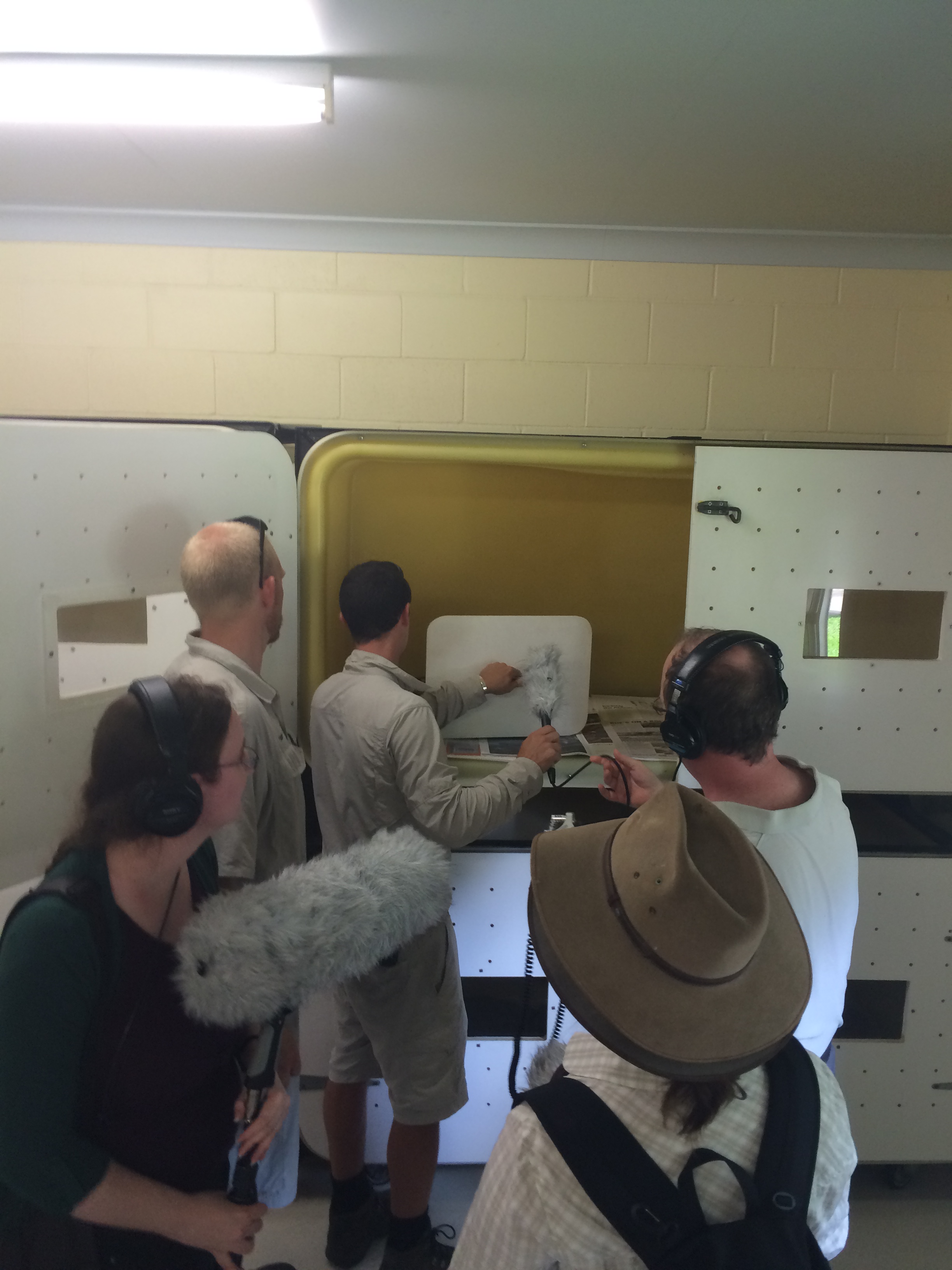 Once we had the base animal recordings, we had to adjust them to match the size of each of our dinosaurs. Where required, the sounds were lengthened to mimic the time it would take for the dinosaurs to make each noise depending on their neck length. Very technical stuff, but the results are fantastic! Prepare to be amazed, and maybe even a little bit scared…

A massive thanks to Terri Irwin, Kelsey Engle and the rest of the Australia Zoo team for the gift of your time and access – you’ve helped add another layer of realism to our Dino Zoo!