The Cube is turning 2!

This Saturday 28 February, The Cube will celebrate its 2nd birthday! To mark the occasion, we want to share some of our favourite Cube memories, looking back over the last two years in pictures…

The development and construction of The Cube is a unique technical feat that took QUT developers more than two years to complete. One of the world’s largest interactive digital display systems, The Cube stands at two storeys high, and houses a whopping 170m2 of high-definition screens including 48 touch panels, which integrate with 14 high-definition projectors to reach a massive 115-megapixel resolution. Construction began in 2010. 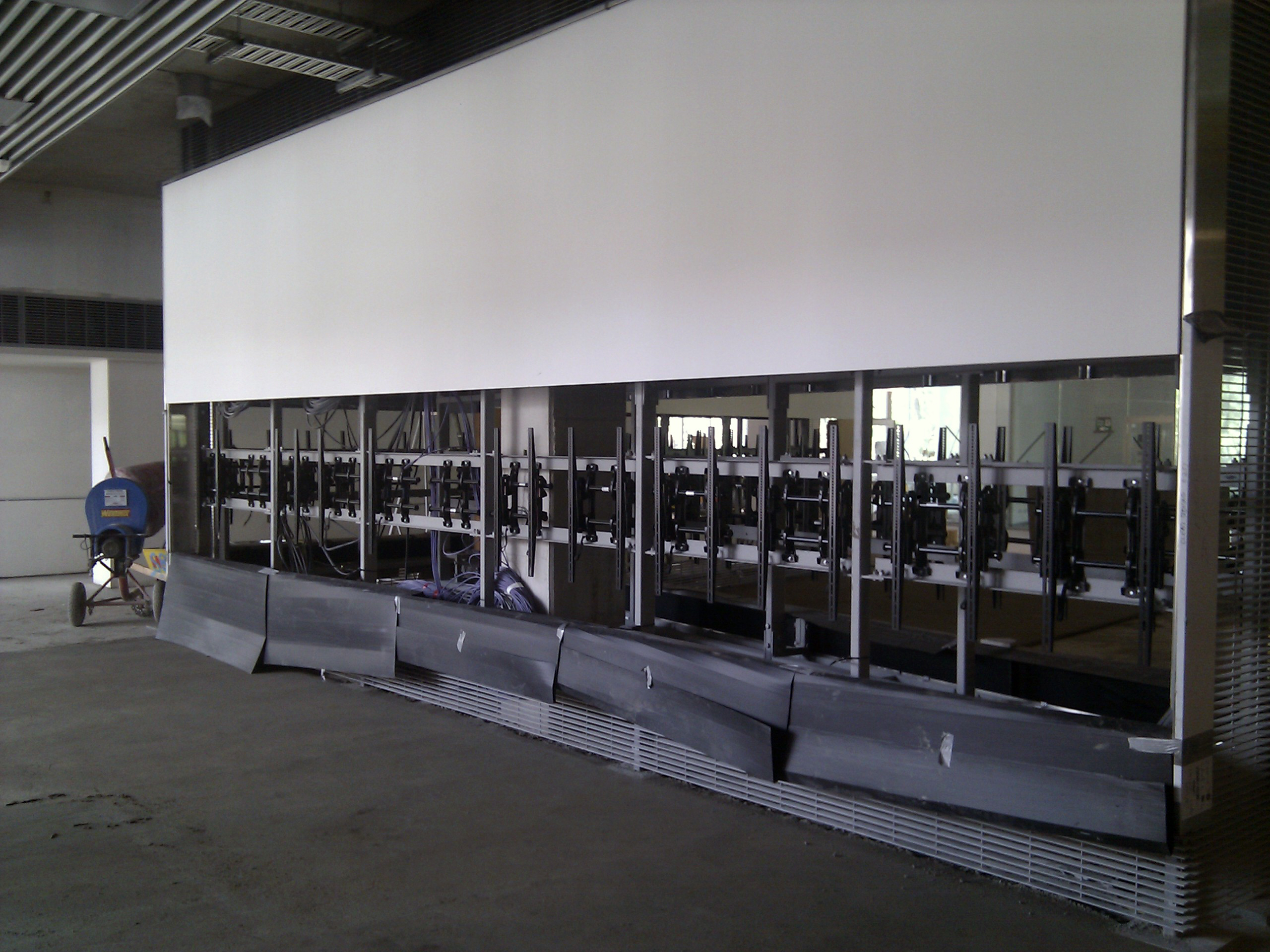 In the lead up to The Cube’s opening, Apple co-founder Steve Wozniak came to visit our Cubans! Here’s a pic from Wozniak’s 2012 visit – you can see the progress of Virtual Reef in the background! 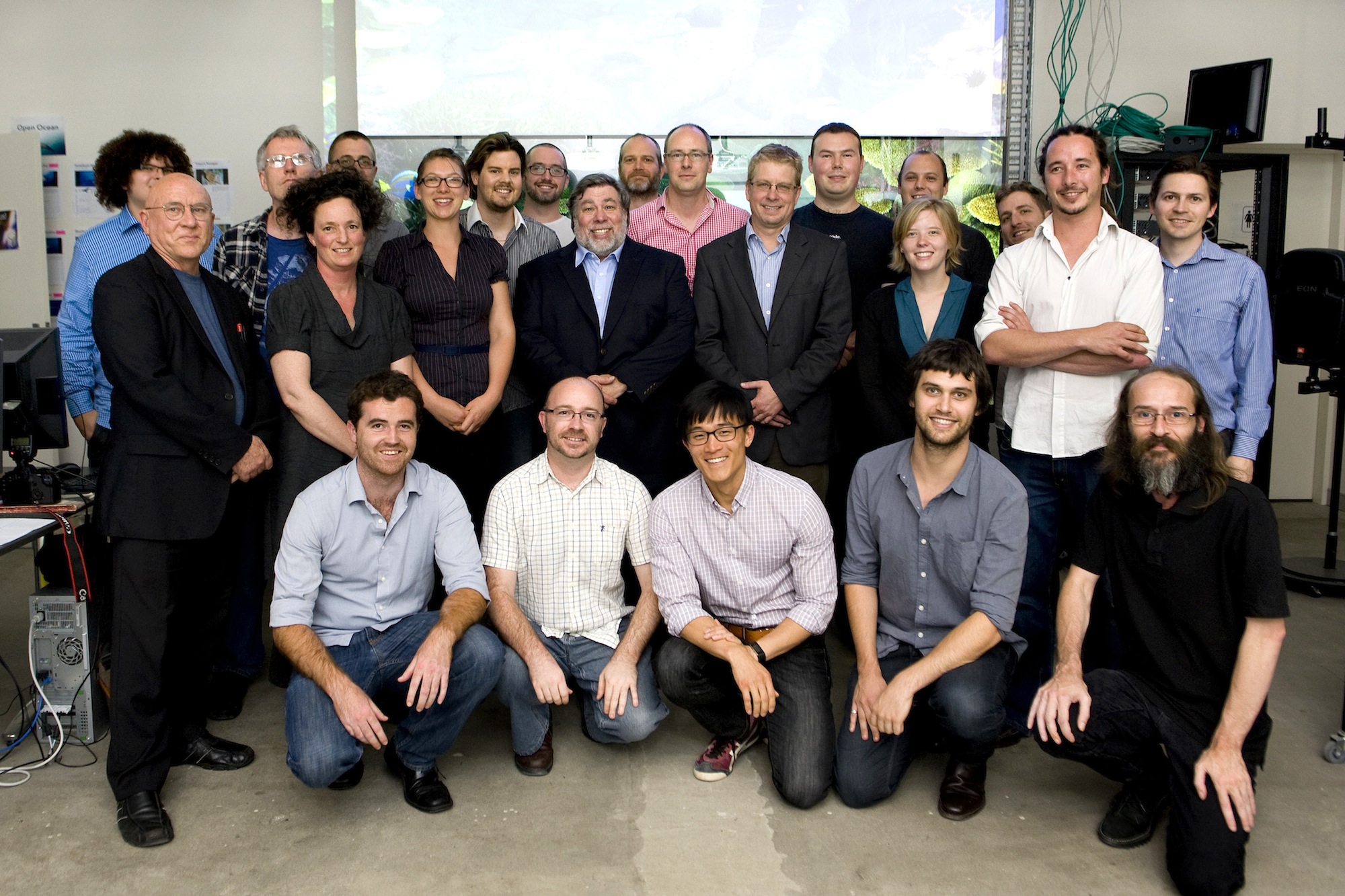 In February 2013, our then Prime Minister Julia Gillard officially opened the SEC, home to The Cube. While here, Gillard tried her hand at some LEGO Education.

Robotronica in August 2013 was a big moment for our young Cube as it welcomed hundreds of STEM enthusiasts for an epic robotics spectacular featuring hands-on workshops, demonstrations, talks, debates, films, music and performances. 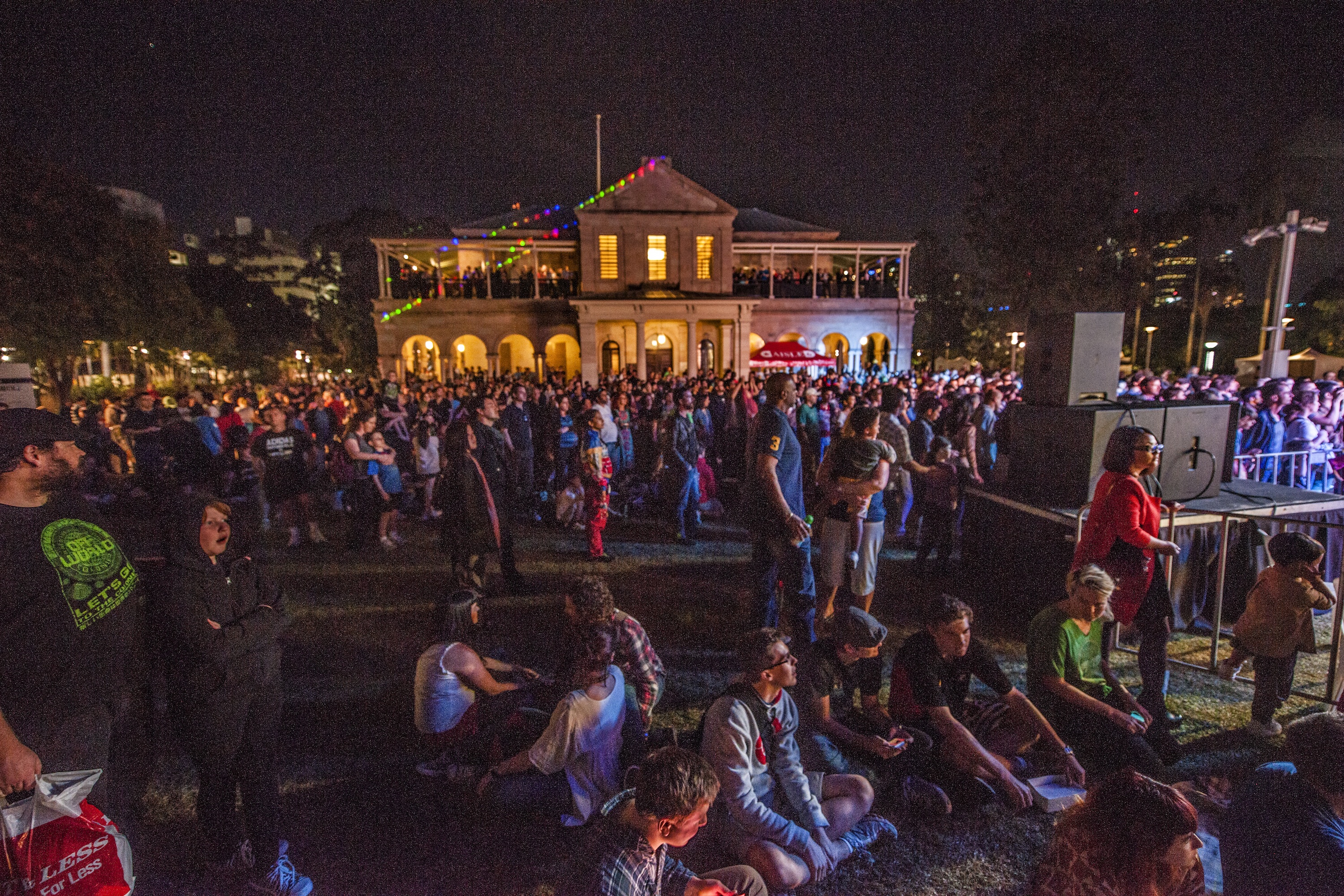 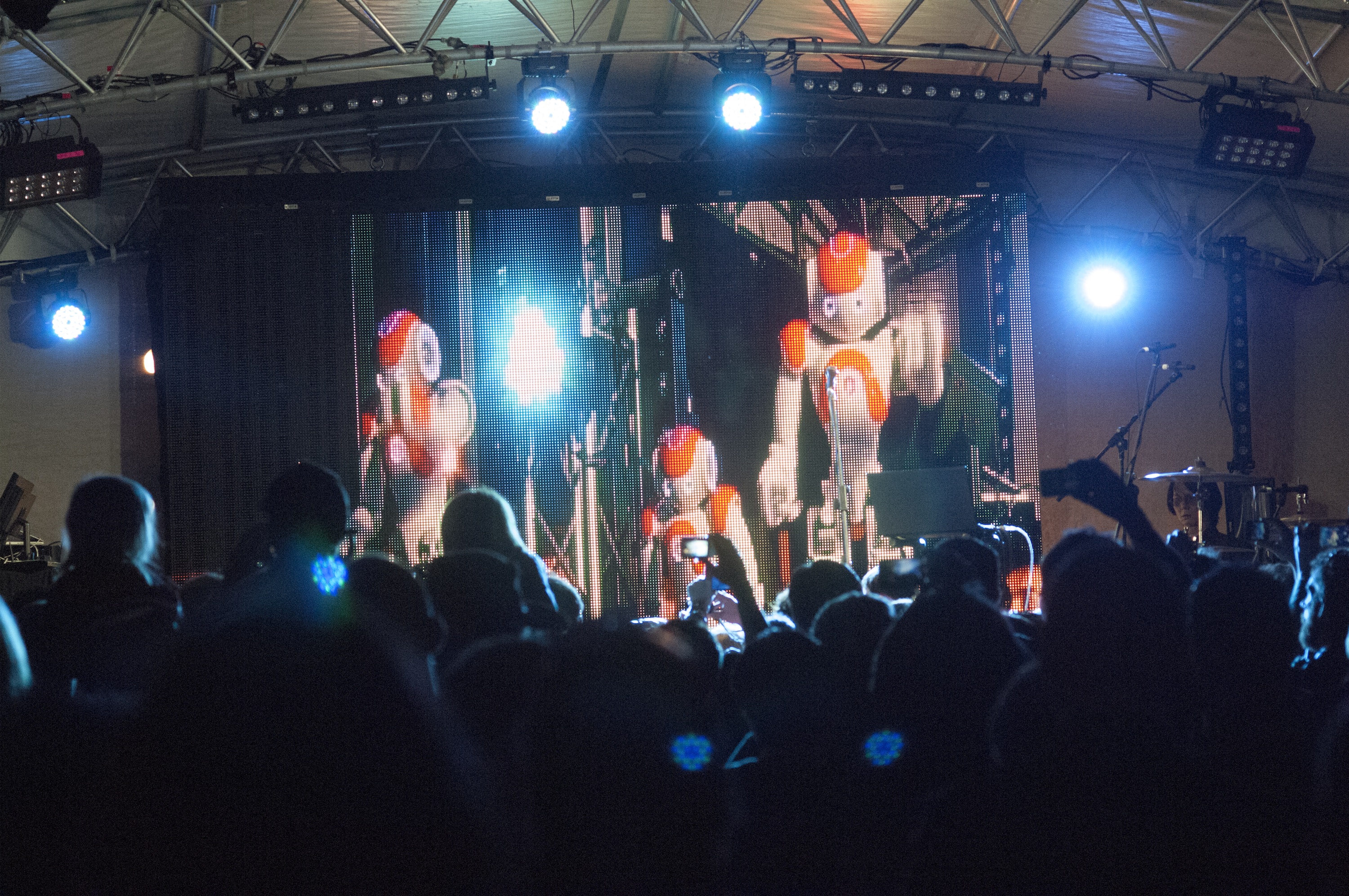 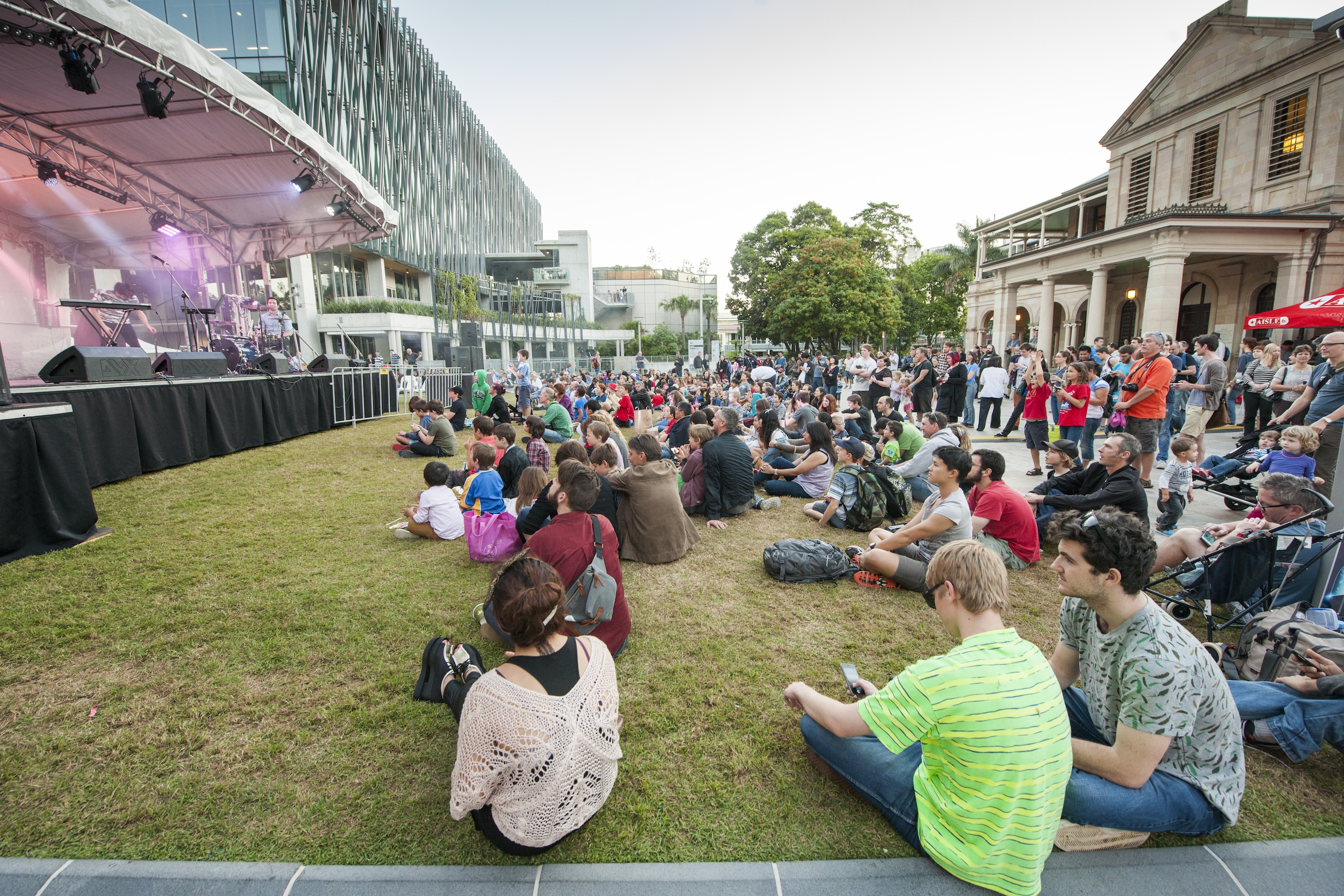 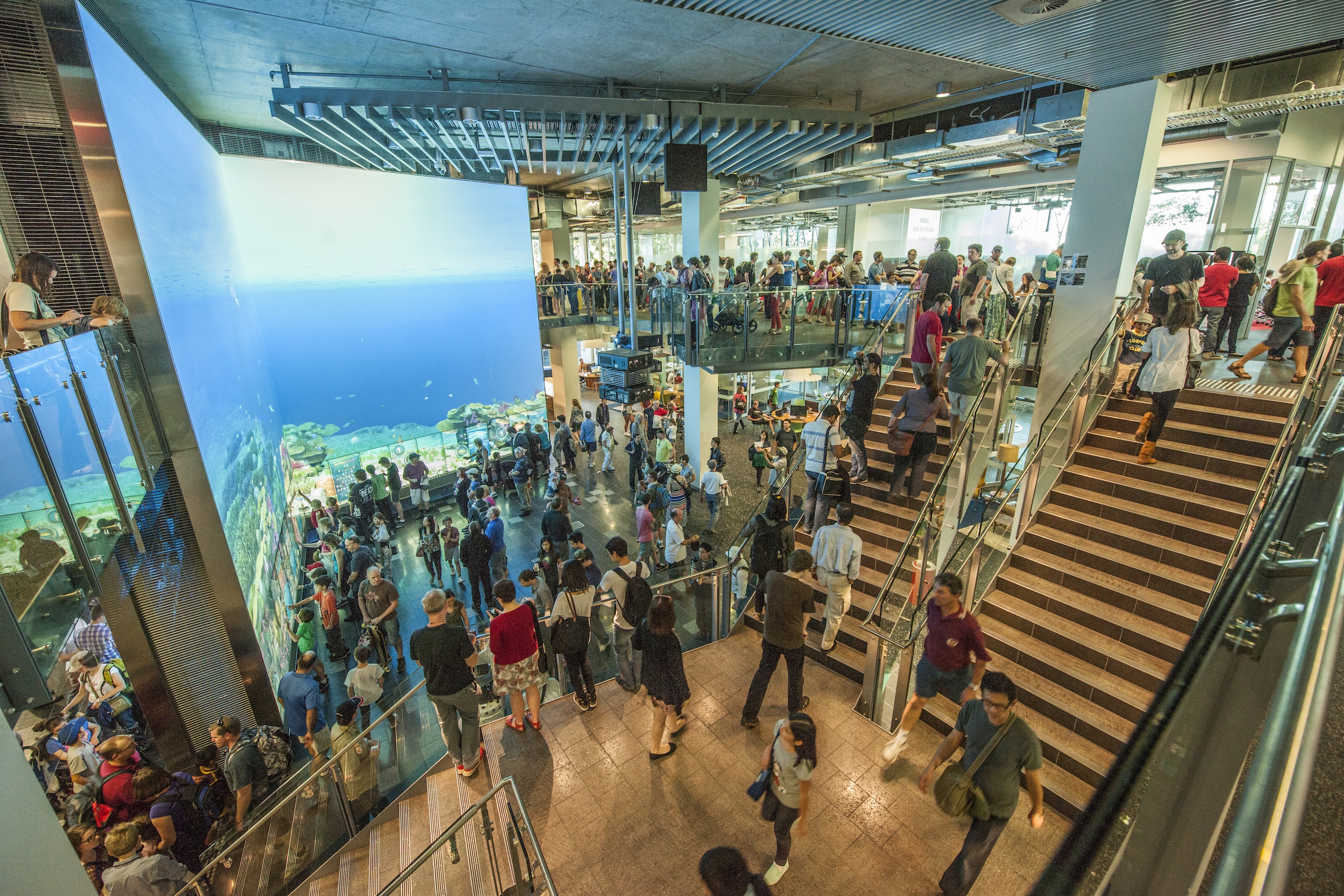 In just 2 years, The Cube’s public program team has delivered over 315 engagement programs, attracting over 11,320 participants. We hope that The Cube will continue to engage and inspire generations of thinkers and doers to come!