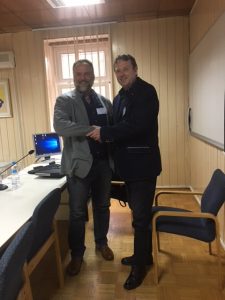 Professor Reece Walters (Director, Crime, Justice and Social Democracy Research Centre) is pictured above with Professor Gorazd Mesko (President of the European Society of Criminology) at this week’s ESC conference in Sarajevo. Reece has been an International Partner Investigator with Professor Mesko on a Euro$770,000 project examining Water Crimes in Europe funded by the European Commission. This research will be published in a forthcoming book entitled Water, Governance and Crime. Reece has also presented a paper at the ESC as part of special panel on Southern Criminology chaired by QUT Adjunct Professor Maximo Sozzo. Reece’s paper was based on a chapter co-authored with QUT Adjunct Professors Nigel South and Avi Brisman and published in the Palgrave Handbook of Criminology and Global South edited by Kerry Carrington et al. Reece’s presentation focussed on the following:

The politics and conquests of the Global North have long necessitated the forced migration, colonization and ecological plunder of the Global South for imperial and capital expansionism. In recent decades, these excesses of accelerated industrialization have created new victims, with entire populations or “climate refugees” (Barnes and Dove 2015) or “environmental refugees” (Seelye 2001) dislocated by human-induced climate change. This presentation adopts Connell’s (2007) southern theory and Carrington and colleagues’ (2015) idea of a “southern criminology” to examine critically the notion of ‘climate apartheid’ and explore its impacts on the increasing number of individuals displaced by environmental harms. 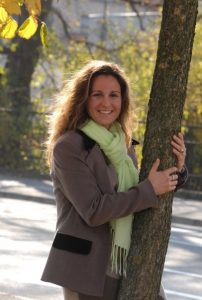 The CJRC is hosting an upcoming seminar with guest speaker Dr Katja Eman from the University of Maribor, Slovenia.  END_OF_DOCUMENT_TOKEN_TO_BE_REPLACED