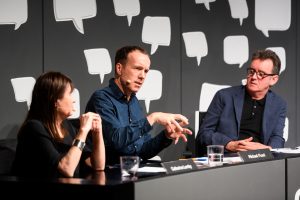 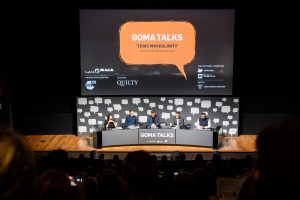 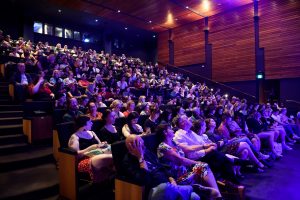 Associate Professor Michael Flood was one of the panellists in a recent event on ‘toxic masculinity’ at the Gallery of Modern Art (GOMA) in Brisbane, on September 23. The event was hosted by ABC Radio National host Paul Barclay (Big Ideas), and featured Michael Flood, Catharine Lumby, Joe Williams, and Tarang Chawla.

Flood contributed to a lively discussion on ‘toxic masculinity’. What does the term mean, and is it useful? What impact do dominant norms of manhood have, both among boys and men and those around them?

About 360 people attended the event, across four locations, and another 304 viewed the live stream online during the session. Audience members were able to send in questions and comments live as the event proceeded, with 149 people doing so. Twitter reach during the program included 68,000+ accounts and 295,000+ impressions. A recording of the event is available on YouTube.